‘King Arthur: The legend of Excalibur’, an entertaining review of the myth is ruined by its horrible ending 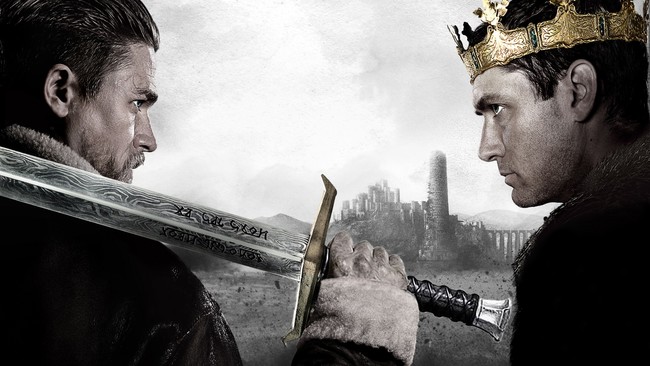 The chance has willed that both should be released with just seven days of differences between them in Spain when there were more than two months in the case of the united States. Now tap to focus our attention on the feature film directed by Guy Ritchie, which suffered a bizarre promotional campaign that made him a great disservice. Once seen, is it true that your final stretch is worse than unfortunate, but until then it was still a blockbuster more than worthy and with a certain personality.

note that it is a film of Guy Ritchie 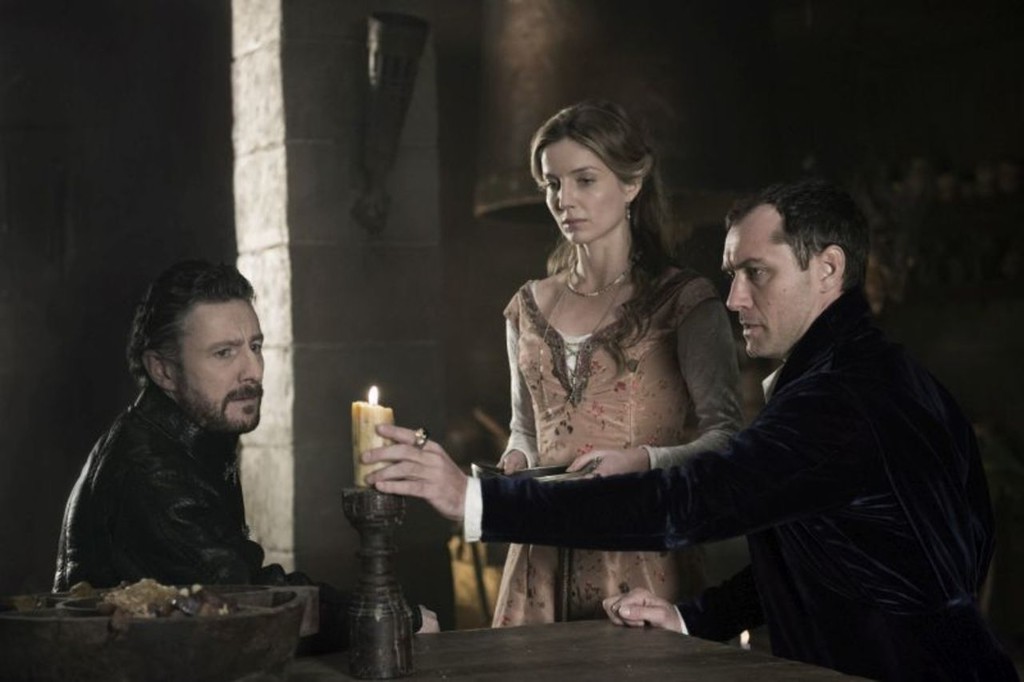 it Would be very easy to leave everything in a mix ‘the lord of The rings’, ‘Game of Thrones’ and the world of video games as the elements of the bebe ‘King Arthur: The legend of Excalibur’, but we would also be falling into the same laziness of which we accuse many movies. It is true that some of that is out there-in some moments are very present, in others, it is merely an accessory-but the focus above all is the attempt by Ritchie to offer a fresh vision and with a modern touch of this mythic history. Come on, a little made years ago with ‘Sherlock Holmes’.

In fact, when best works the film is when it focuses on the way of presenting the story, laying hold of certain tics and visual narrative that help to lighten the tone of the story without abandoning everything to follow the desired path and properly marked by the indent of Joby Harold, Lione Wigram and the Ritchie. At all times it is clear the type of proposal, where you do not care so much about the intelligence of the dialogues and that flirtation with the comedy to work without going over the line.

in Addition, there are also several pills that visual spectacle that is so unique, so that certain type of viewer is willing to pay for their movie ticket. At the beginning fairly made, particularly on the part of the past key to consider the current scenario -yes, pity that Eric Bana has been for roles of this type when I had everything to be a big star-but then the thing is degenerating until he makes act of presence one of the most heartbreaking of schizophrenia digital memory.

more to much less 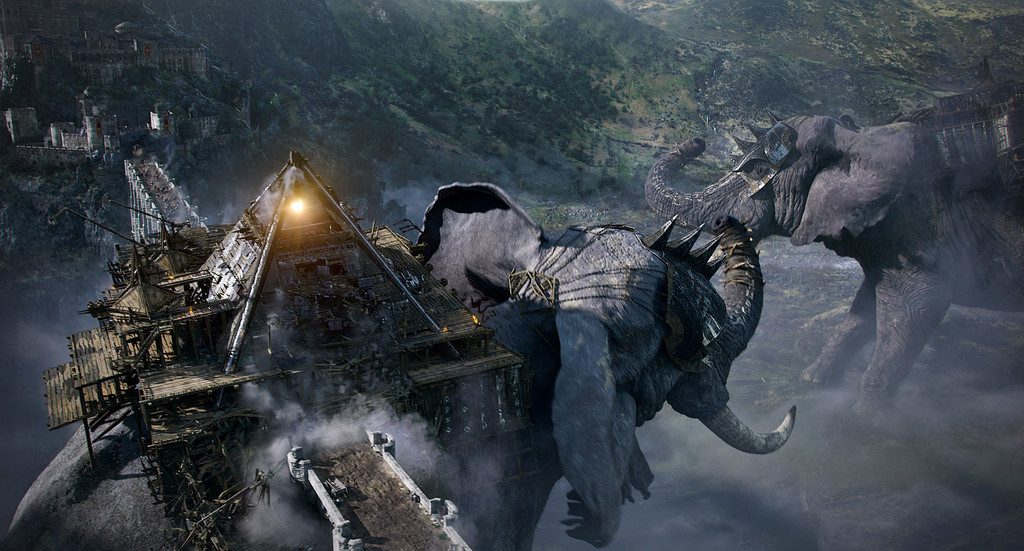 That is something that one is already perceiving it as the minutes pass, but here we will reserve the majority of the visual display for his last act, so that, although eye-catching, never is so much as one disconnect. In addition, the progression of the rabble to something more epic and dramatic is dosed with enough naturalness that one go assuming the growing importance of the most mythological of the deal.

and, to Be fair, what most calls the attention is that their way of being, almost looks more like a blockbuster of the 90’s, shot with watermarks visual that Ritchie has used since its inception, but walked enough to not know to old. In addition, there are tinkering with the myth, arthurian so you don’t make act of presence that feeling of old-fashioned and all that is something that limits the film. It is honest by exposing it and never tries to deceive us, but it could have been a great pastime and is something enjoyable and sympathetic in spite of their inconsistencies. 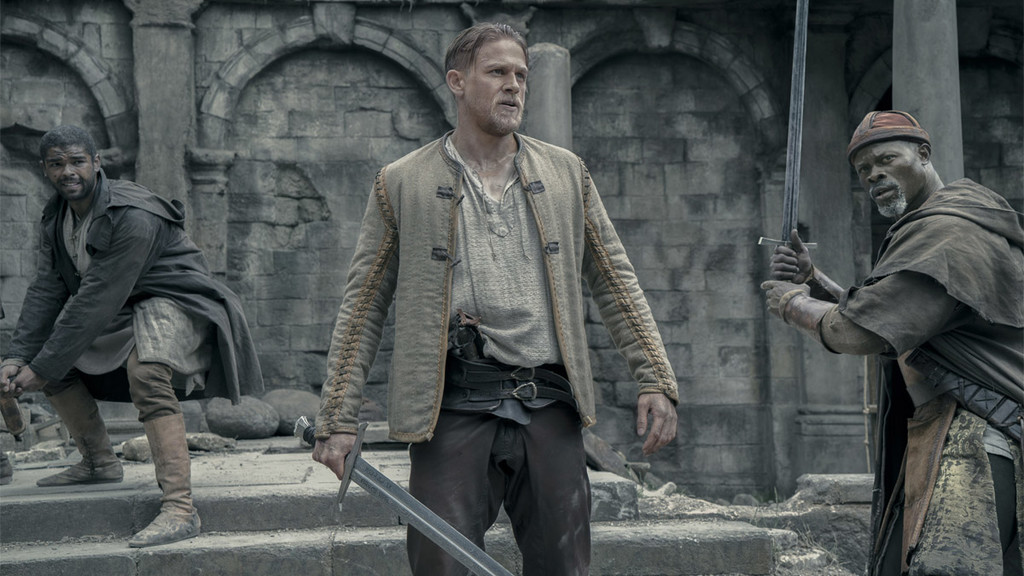 For his part, Charlie Hunnam is not intended to be a movie star. the You are missing that extra point of charisma in ‘Sons of Anarchy’ was offset by having a character with greater depth, but the big blockbusters tend not to affect much at this point and there is recourse to other virtues such as the presence and the know how to be. Here Hunnam meet -especially when it has to show the lighter side rogue of Arthur-, but the film required a look and that we engatusara to obviate these limitations of the film and not what you get.

The rest of the cast has reached a point that I’ve forgotten almost all of them with the exception of a Jude Law very compliant, until the absurdity of the third act lastra in excess of its mandate and of Astrid Bergès-Frisbey, but only by their peculiar accent. The rest as they are there to defend with dignity their characters but without any real possibility of contributing anything stimulating.

A penalty in the cases of Aidan Gillen or Djimon Hounsou, because for something like this almost better to hire actors cheaper and avoid these imbalances visual range by subtracting credibility to ‘King Arthur: The legend of Excalibur’ up to that ultimate disaster, where everything sinks without a referral. I don’t want to go into details why of the spoilers, but yes I would like to add that a lot of I complained ‘Transformers: The last knight’, but here it falls to those levels or even lower, and transmits the feeling of having thrown away your money. In the Michael Bay gave me all the same, but at least lucia invested.

In short, Guy Ritchie offers us a vision of the myth, arthurian agile and entertaining for a long that is limited to itself constantly until everything sinks without a referral in one of the worst third acts that we’re going to see in all of 2017. Pity that to happen and also that its visual finish is unbecoming of a tape that has cost close to $ 200 million, but at least it’s a blockbuster honest that during the greater part of his footage complies with what it promises. I wish it was enough.

Other reviews on Espinof:

‘King Arthur: The legend of Excalibur’, the myth as a fantasy epic, cool, digital and outmoded

–
The news ‘King Arthur: The legend of Excalibur’, an entertaining review of the myth is ruined by its horrible ending was originally published in Espinof by Mikel Zorrilla .