Kurt Sutter fired from ‘Mayans MC’: the series loses one of its creators for being an “asshole nasty” 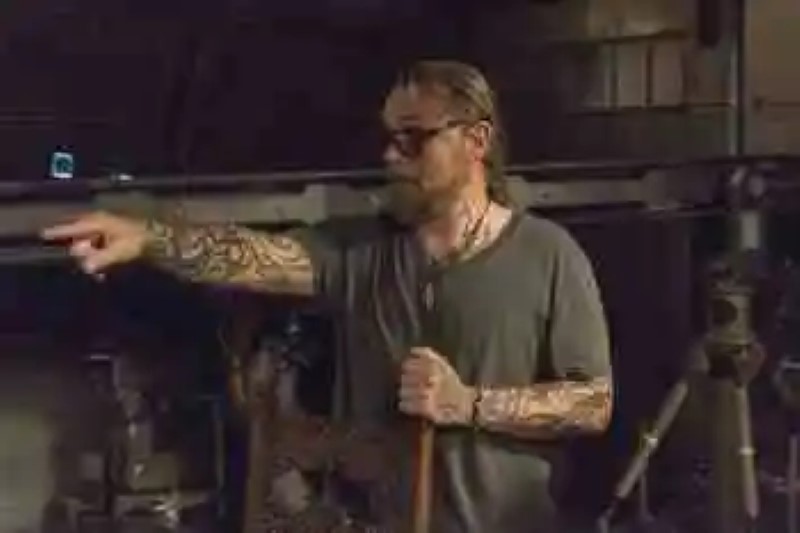 Kurt Sutter fired from ‘Mayans MC’: the series loses one of its creators for being an “asshole nasty”
FX has cut at the root the problems that was having with Kurt Sutter to fire 'Mayans MC', series created by the s...

FX has cut at the root the problems that was having with Kurt Sutter to fire ‘Mayans MC’, series created by the same next to Elgin James. Sutter had nearly 20 years working with the chain in works such as ‘The Shield’ or ‘Sons of anarchy’, but the long-standing relationship that united them has not been enough to save his job in ‘Mayans MC’.

The decision has been taken by John Landgraf, CEO of the string, and Dana Walden, president of Disney’s Tv Studios and ABC Entertainment, and does not affect the global agreement that Sutter has with 20th Century Fox TV, now the property of Disney. The own Sutter has sent a letter to the team of ‘Mayans MC’ explaining what happened:

► Paint becomes three-dimensional format with the fourth major update of Windows 10 EFE Microsoft has announced the next update ...
► The Witcher 3 saves a nod to Game of Thrones . Advances the hypothetical fate of one of h...
► “It is the opportunity to create a ‘Jumanji’ to give to a new generation’: Dwayne Johnson, Kevin Hart and Nick Jonas I have to admit that when it was announced ...

Apparently, Disney’s HR and Business Affairs have made a research about my unacceptable behaviour on the set of season 2 of ‘Mayans MC’. As you know, I’ve missed a little bit behind this season, leaving others to assume a greater role in the production of the series.

it Seems that this philosophy has turned against me. It has been related by writers, producers, cast and crew for my absence and subsequent behavior when I was there, only has created confusion, chaos, hostility, and has been seen as abandonment. Or at least so interpreted by Disney. I am sure that is true.

This morning I have been fired by Dana Walden and John Landgraf for all complaints received to me. It was not the way I wanted to finish my relationship of 18 years with FX. At least be fired for being an asshole nasty is the house brand.

I apologize deeply if I made you feel that the people was not appreciated. My intention was just the opposite, but clearly I have not been paying attention. My arrogance and chronic tendency to the distraction they have created a disaster. Just so you know, I adore this cast and crew.

The second season of ‘Mayans MC’ is currently airing on FX. We have already issued seven episodes of the ten that have, and still have not taken a decision on its continuity. Sutter had already previously commented that I had thought to leave his position as co-showrunner for Elgin James, the other creator of the series, take control, so his dismissal should not be a serious problem to continue.

Eminem will star in 'Southpaw', sequel to '8 mile'

'Mayans MC' renewed: the successor 'Sons of Anarchy' you will have a second season

–
The news Kurt Sutter fired from ‘Mayans MC’: the series loses one of its creators for being an “asshole nasty” was originally published in Espinof by Mikel Zorrilla.

Pokémon Sun and Moon presents new Pokémon
New creatures to Alola. Under the Pokémon World Championship 2016 , The ...
GAME offer different merchandising to celebrate the launch of Uncharted 4
They will also have an exclusive edition of the title. Game has announc...
Do you need a laptop? Get one this Black Friday with up to 30% discount
The laptops are a tool for work (and leisure) that is already in practical...
Ubisoft introduces us to the customization options For Honor
A new video illustrates the possibilities of the game.Ubisoft offers us a ...
Bibliography ►
Phoneia.com (October 18, 2019). Kurt Sutter fired from ‘Mayans MC’: the series loses one of its creators for being an “asshole nasty”. Recovered from https://phoneia.com/en/kurt-sutter-fired-from-mayans-mc-the-series-loses-one-of-its-creators-for-being-an-asshole-nasty/

This article was published by Phoneia, originally published in English and titled "Kurt Sutter fired from ‘Mayans MC’: the series loses one of its creators for being an “asshole nasty”", along with 18989 other articles. It is an honor for me to have you visit me and read my other writings.
◄ The Outer Worlds presents its launch trailer; arrives on October 25
Blitztank shows her skills in BlazBlue: Cross Tag Battle ►