Launcher 10, launcher to “convert” your Android in a Windows mobile 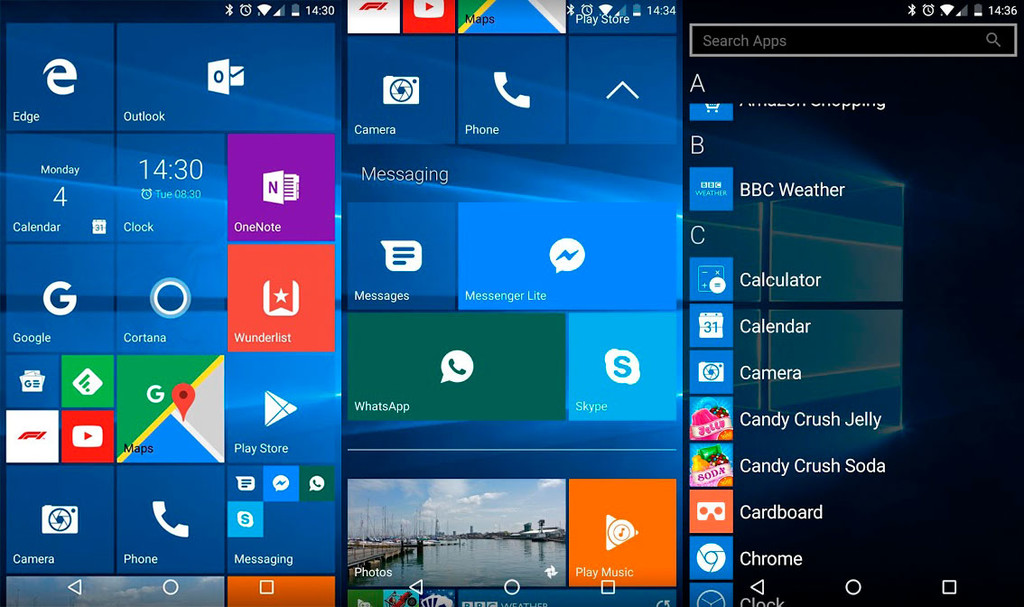 Windows Phone began closing after years of agonising in sales and left in the lurch many users had come to get used to that interface based on a mosaic of useful animated and dynamic information that virtually converted the mobile in an extension of the PC with Windows 10.

luckily, for those who still lacking a Windows 10 Mobile or Windows Phone there are launchers for Android that always provide solutions that change the appearance of your phone to suit all tastes. It is the case of Launcher 10, launcher for those who want to your phone with style mosaics Windows.

Nova Launcher 6.0 is already here: we look to fund all the new features 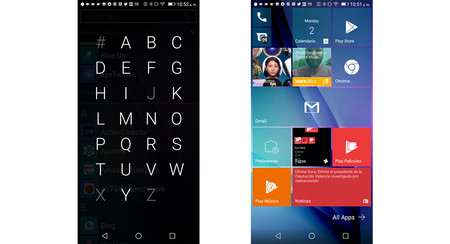 Fast and with many options of customization, just install Launcher 10 you will see that the aspect that takes the interface of the phone is the same as you would a Windows 10 Mobile or Windows Phone. Even keeps the dark color from your settings menu, which will appeal to the more nostalgic of the room.

The interface feature of a Windows device win it quickly from the installation and free of charge, but one of its strong points, the notifications dynamic within the tiles, is of payment. Account with a 14-day trial with which you’ll be able to decide if it’s worth the outlay. 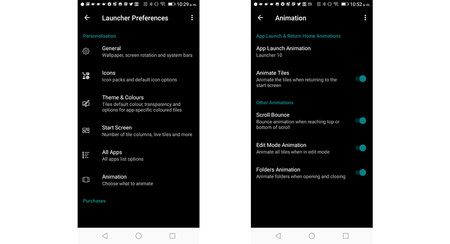 Your settings, which include a lot of depth in all aspects of their visual characteristics: the mode in which to display the animations, the types of icons, themes, and colors, the appearance of the Home screen… Is Windows Phone with a lot more freedom movement.

Like in Windows 10, each tile can have a different size and the mosaic can be created to suit your taste, choosing colors, themes, styles and levels of transparency. The price of the Live Tiles is 6,99 euros and remove all ads in the launcher is at 1,39 euro. 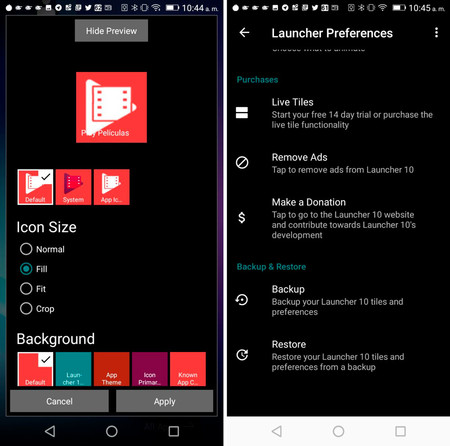 To change, the settings on the launcher allows you to do backup preferences to take them to any other Android device you want to turn into a homage to Windows 10 and its interface, the famous Metro UI that became Modern UI and that I had never realized mobile. 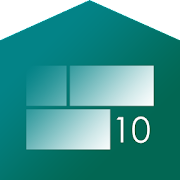 'Your Phone', so does the new app from Microsoft to sync your Android and PC

–
the.news Launcher 10, launcher to “convert” your Android in a Windows mobile originally.published.in by Samuel Fernandez .