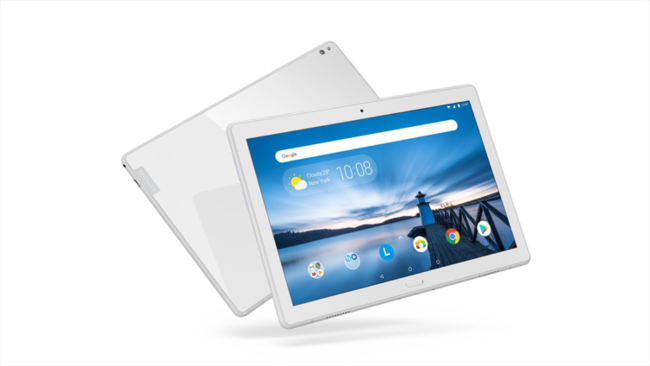 The battles over raw in Android are not only waged by the big brands to provide devices top range, but also between virtually all manufacturers to try to try to offer solutions with the best possible specifications at the minimum price. That is precisely what you are trying to Lenovo with the five new tablets of different ranges that has been presented today.

Models ranging from the most reduced in power and features, the Tab E7, up the designed for most demanding users, the Tab P10. Each one with different characteristics, and then we break down for you intend all the information possible at the time to ask yourselves a possible purchase. For the moment, a piece of data. the most cost-effective cost only $ 79. 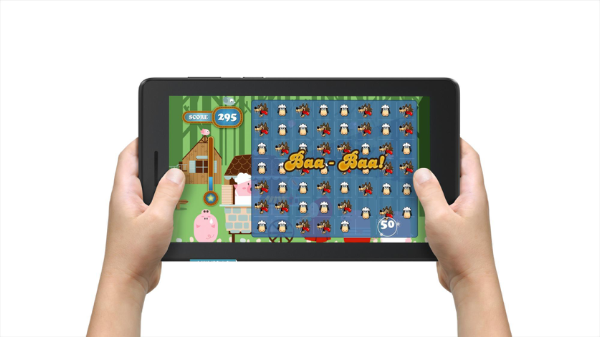 we Started this curious ladder of tablets from Lenovo for the lowest step, by a Lenovo Tab E7 that opens the quintet and has interesting features such as the presence of Android Go. The specific version is Android Oreo, the 8.0 version of the operating system of Google, here follows everything you need to run smoothly on computers more cut.

With a screen of 7 inches, and a thickness of 10,33 mm, the new Lenovo Tab E7 promises up to five hours of video playback without the need for going to the charger, and is situated as an ideal device for those who do not seek to make large investments. Specifically, we are looking at a tablet that will be sold to 79 € from October 2018. 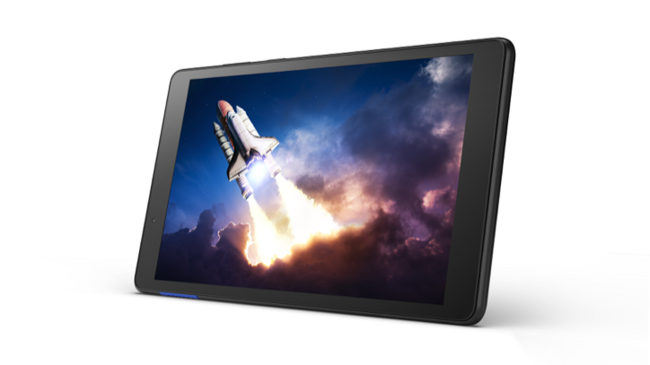 The next step comes with the Lenovo Tab A8, which extends slightly the screen up to the 8-inch and provides an experience more immersive. The increased screen does not necessarily mean an increase in all the dimensions, so now we come to the 320 grams of weight but reduce the thickness, which remains to 8.9 millimeters. Account with 5-megapixel rear and 2-megapixel front.

The most interesting development of this Lenovo Tab A8 is that it incorporates a front speaker compatible with Dolby Atmos, which has makes it more attractive at the time of consumption of media. If what we want is a portable device on which to watch videos, from short films to tv series and movies, the E8 must be considered one of the. The autonomy reaches up to 10 hours of playback, and its price will be of 119 euros in the same month of August. 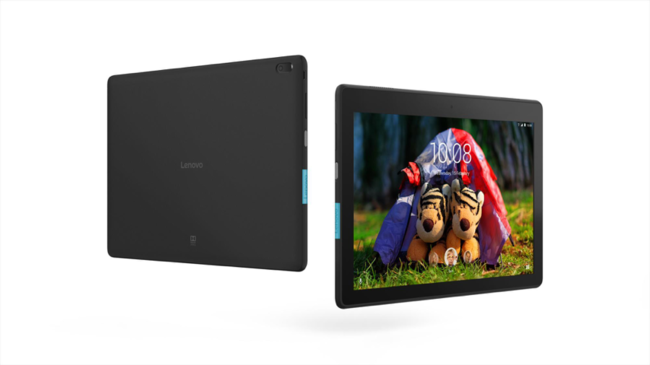 The big difference between the Lenovo Tab A8 and Lenovo Tab E10 is relative to your screen size. Here we move up to 10 inches, keeping the presence of the rear camera of 5-megapixel and 2-megapixel front. We also have the appearance of the Snapdragon 210 processor, highlight that we continue moving in the ranges of economic on the market, however, will cost 129 euros in November, 2018.

Another jump between the two models, less pronounced, is that the front speaker is doubled, while keeping the compatibility with Dolby Atmos. Here we have a dual speaker, which ensures higher fidelity sound and more power, although their size increase maybe can harm to a certain extent its portability. But this is a matter of taste. 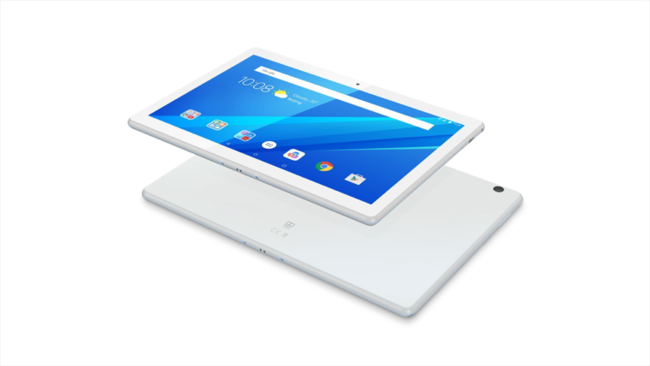 we Climb from level to level, and do the same with the price, as the Tab M10 will go on sale to 199 euros in the month of October. Here we are faced again to a 10 ” tablet that is reduced by 48 grams to the weight compared to the E10. As in the case of the latter, we continue to have front speakers compatible with Dolby Atmos.

The Lenovo Tab M10 also includes new developments in the section of software, but the brand offers us to make us with the Kid’s Pack, a package designed for children that is optional, and includes software adapted to them, thus making him an option of purchase to be the tablet of the smallest of the house thanks to their cover, resistant to impact.

Lenovo Tab P10, fingerprint reader and more of almost everything 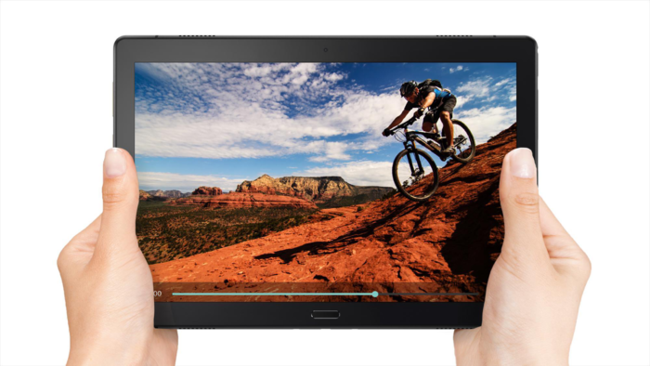 we Closed the stairway with the last step, one that leads us to a new tablet from Lenovo with 10-inch screen, which has a weight of 440 grams and the thickness of which is reduced to 7 millimeters, making it the most stylized of all presented today. In terms of multimedia, the speakers come back to double up and we have four in the front.

The rear camera reaches up to 8 megapixels, the front reaches 5-megapixel camera and receive with joy the fingerprint reader that enhances the security of the tablet. All this with a price of 269 euros planned for his arrival in October, and with options to have it in two colors: Aurora Black, and Sparking White. That is to say, in black and white.

–
The news Lenovo Tab E7, Tab A8, Tab E10, Tab M10 and Tab P10: the new tablets of Lenovo are based at 79 euros was originally published in Xataka Android by Samuel Fernandez .