‘Leto’ is a biopic wonderful: energetic as a theme of T-Rex and pompous as a song of Lou Reed 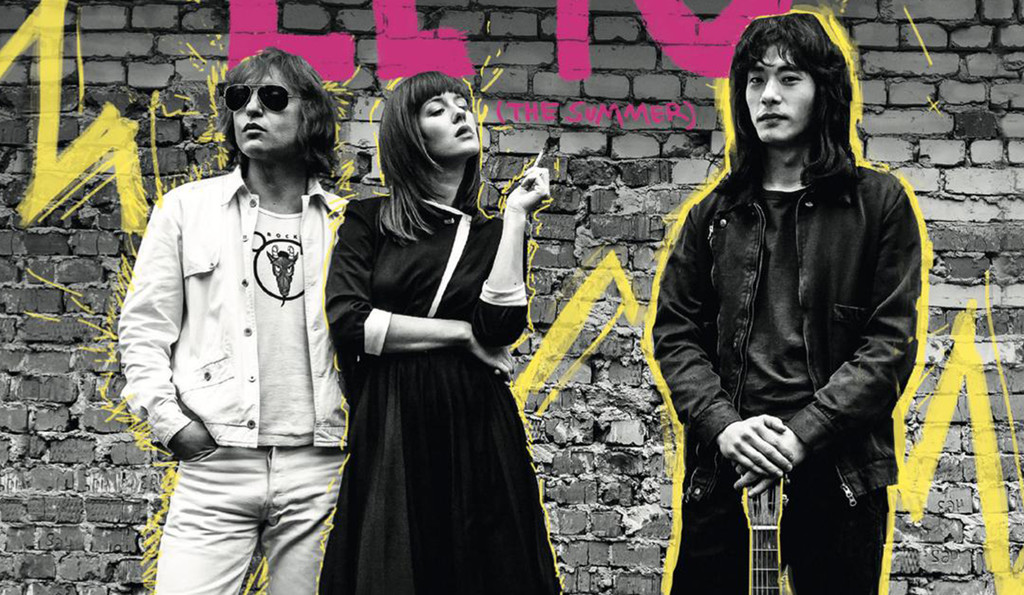 to Face, as a spectator, a biopic in the times is a task marked by a few lights and shadows particularly contrasting. On the one hand, there is a predisposition to it due to the turn educational of this type of production, which allows you to discover personalities and hidden passages under the countless pages that make up our history, or extend knowledge on the most diverse materials.

In contrast, there is a reverse negative that always invites us to fear for the excessively form, and little open to experimentation —always in general terms— of a genre that seems stuck in that scholarship, as aseptic as an irritant, which becomes the tape-biographical in some contenders fearsome in seasons of awards.

With the amazing ‘Leto’, the Russian filmmaker Kirill Serebrennikov shows the best face of the biopic, mimicking the look edgy and, why not, revolutionary of its protagonists; fleeing at the same time of clichés and common places while entering to the neophytes in the matter —myself included— a music scene as bright as unknown to many.

The music will set us free

The peculiar combination arising out of a framework as hostile as the repressive Union Soviétca from the early 80’s in which is set the movie and the group of musicians, dreamers and, in their way, free, that represented by the ill-fated Viktor Tsoi, trying to find their place in a world that seemed to have no room for them, making it virtually impossible not to completely immerse yourself in the fantastic proposal of ‘Leto’.

a Large part of the blame for this has its large group of characters, treated with care on paper and in front of the camera by a few screenwriters and a cast of more than solvents. A tangle of personalities complex and unique project the teenage angst to a new level of maturity, by inviting the respectable to be identified with them, and feel in the skin the moments more sweet as the most bitter that populate the plot. 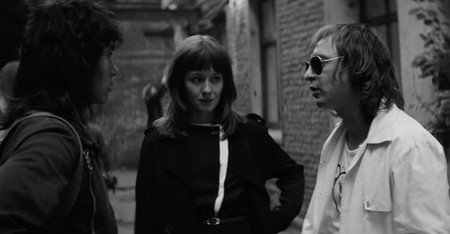 This superb exercise of empathy would not work in the same way without the fabulous invoice technical and narrative in the film, with a mise-en-scene and camera work precise and calculated to the millimeter, camouflaged under flasher point of delirium videoclipero, and sheltered by a delightful photography monochromatic Vladislav Opelyants that gives the same packaging to the moments more intimate and, in turn, to the more anarchistic.

Despite the predominance of this sense of constant balance, ‘Leto’ ends up showing an excess of what we might call “self-love”, which marries to perfection with the ego of the artist who both strives to project on the screen. Something that translates into a taste for the dilation unnecessary, and in some the aspiration that they do disservice to the set, making certain passages of his more than two hours of footage to rub the ordeal.

But, fortunately, the music —the great protagonist of ‘Leto’— and sequences over desmadradas is the apañan to elevate the role again when it abuts the grounds of dullness, leaving snapshot to the memory as the number on the train to the rhythm of the ‘Psycho Killer’ from Talking Heads, or the wonderful version of ‘The Passanger’ by Iggy Pop on board of a bus.

During a scene from ‘Leto’, the characters describe some of their favorite artists in a way that could be extrapolated to the film. And that is the last work of Serebrennikov is soft and pompous as a subject of Lou Reed, strong and powerful as a song of T-Rex and claim as any court of a disc of the Sex Pistols; by sharing with them all your condition of piece unique.

'This is not Berlin': stimulating portrait generation of the 80 mexicans, you don’t get to be at the height of their ambition

'Death in Lion: Case closed': an interesting epilogue of politically charged for an uncomfortable mini-series documentary

'Summer Loving': the prequel 'Grease' is in progress and will be the love of summer that we never saw

–
The news ‘Leto’ is a biopic wonderful: energetic as a theme of T-Rex and pompous as a song Lou Reed was originally published in Espinof by Victor Lopez G. .