last February, a few days before the start of MWC in Barcelona, LG has introduced three new phones: on the one hand, the LG K40 and K50, input range, and on the other, the LG Q60, a model with triple rear camera and certification for military resistance MIL-STD 810G.

it is this latter, that came out in Spain in the month of may, just to welcome his successor. is The LG Q70 has been officially announced in South Korea, and comes as a more advanced version of the Q60 with some changes in design and several enhanced features.

technical Sheet of the LG Q70 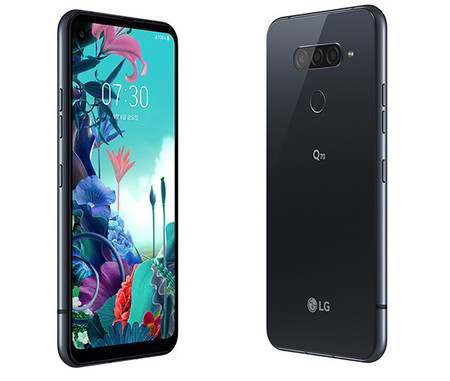 In the first place, the LG Q70 features a better screen size and resolution than its predecessor: mount a panel with FullHD+ 6.4 inches front to 6,26 inches with HD resolution of the Q60. In addition, unlike the latter, it replaces the notch in the form of a drop through a hole where is housed the front-facing camera, which now has high resolution up to 16 megapixel.

How is the technical service of the mobile manufacturers? We test the support of Apple, Samsung, Xiaomi, LG, Sony and more

we Also find improvements in the rear camera, which continues to be setup triple, but now you have a main sensor 32 megapixel with aperture f/1.8, a wide angle lens of 13 megapixels and a third sensor of 5 megapixels for reading the depth to achieve the bokeh effect.

in Addition, the LG Q70 goes up a rung on what processor and memory is concerned, since it includes the chipset Snapdragon 675, 4 GB of RAM and 64 GB of storage is expandable with a micro SD card. For the rest, with a battery of 4000 mAh with quick charge QC 3.0, fingerprint reader, rear, USB-C and NFC. It also boasts of the certification IP68 resistance to water and dust, and protection military MIL-STD-810G.

Versions and price of the LG Q70 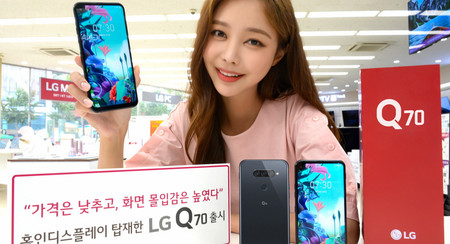 The LG Q70 will go on sale in South Korea at an official price of 548.900 won, that is the equivalent of approximately 411 euros at the exchange. Comes in black color and in a unique configuration with 4 GB of RAM and 64 GB of internal storage. For the moment, we do not know if it will be available in other markets, but is likely taking into account that the LG Q60 yes he did. We will update the information when there are more details.

All the Android phones with 5G that you can buy currently

LG W10, LG W30 and the LG W30 Pro: the new family of phones, LG is betting on a price aggressive and a careful design