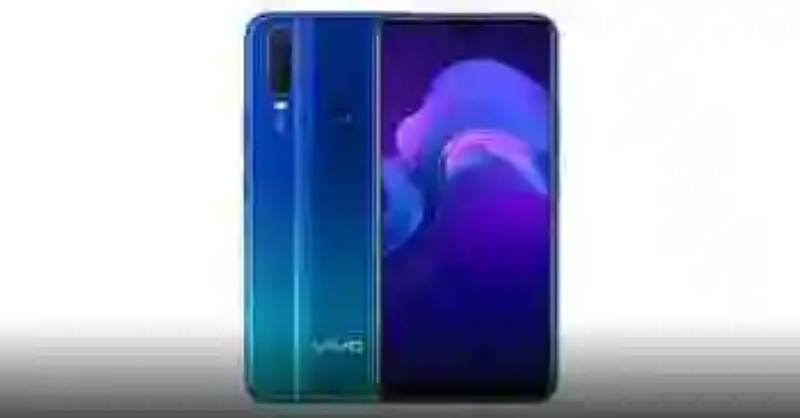 Live Y12: Live repeats with a battery of 5000 mAh for less than 155 €
Live continues to expand its already extensive catalog, and it does so with a new phone of the series And the Liv...

Live continues to expand its already extensive catalog, and it does so with a new phone of the series And the Live Y12. The phone comes only a few days after the Vivo Y15, standing a step below with features that are more understated and, therefore, a lower price.

The most eye-catching of the Live Y12 is, without a doubt, your massive battery of 5,000 mAh. Does not come alone of course. The company is also committed by a rear camera is a triple and is able to offer a mobile phone with a price of 155 euros at the exchange. But before we go further, let’s review all the specifications in the technical data sheet.

► ‘I don’t know to say goodbye’, a crude family portrait with extraordinary performances The family, always the family. The cause of...
► ‘Perfect Bones’, the producer of ‘Ghost in the Shell’, will be the first original anime Netflix a few months ago, Netflix executives c...
► Google on the Pixel 3a: the headset jack is necessary at this price level The progressive removal of the headset ja...

technical specifications of the Vivo Y12

According to advance 91mobilesthe company has announced the Vivo Y12 comes with a screen Halo FullView of 6,35 inches with resolution HD+ and aspect ratio of 19.3:9. The mobile stretches the front panel, where they are barely visible to the side frames. Yes, appear more pronounced in the chin, while in the upper zone we find the notch that gives shelter to the front-facing camera. Thanks to him, we found a relationship screen-body that reaches to 89%, according to data from the manufacturer.

If we turn, we find the camera module in a vertical position, located at the top left corner and just below the LED flash. For its part, the finger sensor is located in the central zone, under which we find the logo of the company. All with a color blue gradient, although it is unknown if the phone will hit the market in more colors.

In the section of photography, the company returns to bet in the Live Y12 by a camera settings triple, very similar to the one that we already saw in the Y15 and the Y17with the same resolution despite having a lower price. Thus, we find a sensor of 8 MP with aperture f/2.2, one of 13 MP with aperture f/2.2 and one of 2MP with opening f/2.4. While selfies are taken care of by a lens of 8 MP with f/2.0 aperture with a mode of beauty, and artificial intelligence including.

No news in regards to the chip, since the performance of the phone is the responsibility of the processor Helium P22 octa-core 2.0 GHz, the same as the Y15. It does so with two options of RAM to 3 and 4 GB and many other of internal storage, with 32 and 64 GB.

But if something stands out from the Live Y12 is your large battery of 5,000 mAh with reverse load charge. Among other features, highlights Android 9 Foot with Funtouch OS 9 as the operating system, in addition to finger sensor rear and face unlock.

Versions and prices of the Vivo Y12

The Live Y12 arrive at the indian market on the 5th of June with two options of RAM to 3 and 4 GB and paths of internal storage, with 32 and 64 GB of memory. Depending on the option chosen, the prices are the following:

For the moment, Live will go on sale Y12 in India and it is unknown if it will make the leap to other markets. We will remain attentive to this information to update this entry in the event that this happens.

Huawei Y9 Prime 2019 will also feature camera periscope, according to a leak

Vivo Y15: a huge battery and rear camera triple for less than 200 euros

The mobile Energizer with battery 18,000 mAh fails on Indiegogo

–
The news Live Y12: Live repeats with a battery of 5000 mAh for less than 155 € was originally published in Xataka Android by Brenda Macias.

This article was published by Phoneia, originally published in English and titled "Live Y12: Live repeats with a battery of 5000 mAh for less than 155 €", along with 18989 other articles. It is an honor for me to have you visit me and read my other writings.
◄ Fame and How to Find It on TV and Online
Transcript snapshot: already available the new application of the accessibility of Google for Android ►