Lost for more than thirty years, creatures unheard of Ray Harryhausen will return in a new movie

in the early 80’s, is the legendary creator of visual effects Ray Harryhausen was in full creative process of a sequel to the successful film of the 1981 ‘clash of the Titans’ , which had been created a few eye-popping special effects house brand.

While the remake of the film of the year 2010, it had a sequel titled ‘Wrath of the titans’, the continuation of the original film was titled ‘Force of the Trojans’, but the project was lost.

The story was written by Beverley Cross, who already had charge of the previous film, in addition to other previous works of Harryhausen, as ‘Sinbad and the eye of the tiger’ or ‘Jason and the argonauts’.

Harryhausen developed the concept art of the creatures contained in the script, as the Charybdis, “a mutation of monstrous octopus, triton, and sea serpent”. 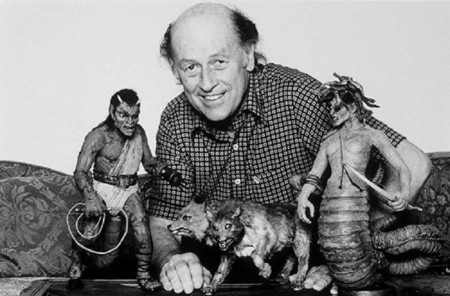 Unfortunately, despite the success of ‘clash of the Titans’, which had become a cult classic, instant, Harryhausen had problems to find financing for the project, and finally decided to walk away from the cinema.

unlike other recent visits to the genre of fantastic adventures, Force of the Trojans’ will feature animation, stop-motion and also CGI, combining both techniques on the screen. In tribute to a bygone era, the film cleaves both worlds. For the first time we will see on the screen sequences and creatures of unpublished master Harryhausen that were neglected by the technical limitations at that time.

Bread, sweet cakes, fresh pasta: is it worth it to do it yourself?

'Wrath of the titans', the first image and argument

–
The news Lost for more than thirty years, creatures unheard of Ray Harryhausen will return in a new film was originally published in Espinof by Kiko Vega .