‘Has the best story we’ve ever done’, they say.

Wolfenstein II: The New Colossus was presented at the conference of Bethesda of this E3 2017 – a summary of which you can read here -. It represents the sequel of The New Order, published in 2014.

Your development machine, Machine Games, described this title as “the best story they have ever done”. The game transports us to a united States distópicos where nazis roam free, in close collaboration with the Ku Klux Klan. 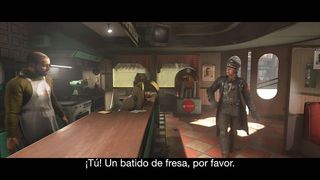 “we Believe that what’s interesting in the united States as a setting is that it is a country founded on the idea of freedom“, continued explaining the study. “So display it under a totalitarian control is a juxtaposition very interesting.”

Wolfenstein II: The New Colossus will be available on the 27th of October on PC, PS4 and Xbox One.