Makes voice notes of WhatsApp on text easily with Voicepop 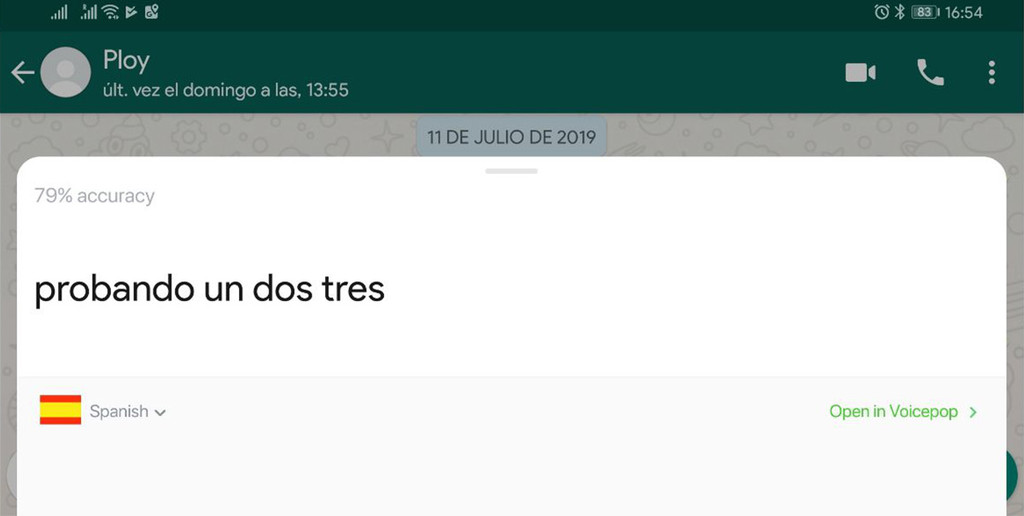 There are two types of people: those who use the voice notes of WhatsApp for all and those who suffer to those who use voice memos for all-in-WhatsApp. If you’re in the second group, this new application in tests you are interested in: Voicepop.

If you previously you suggested to use TalkFaster to play the voice messages at a higher speed, the application of today is still better: converts voice messages to text, so you don’t have to put your ear to see what you have just said.

what Voice? No thanks, I prefer to text

The premise is not entirely new, as there are other applications able to convert voice messages from WhatsApp text, although yes it is a new alternative, and with a pleasant design. It is so new that it has not yet been officially released, but it appears in the section of early access of Google Play. 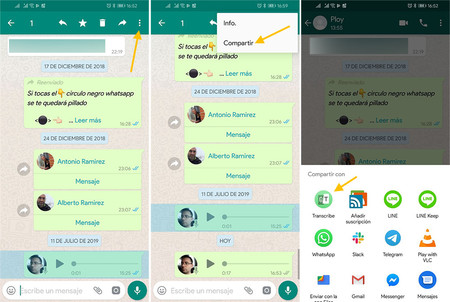 This opens a panel from the bottom of the screen overlaps on WhatsApp. It shows the transcription of the voice note to text, with the advantage that you can quickly return to WhatsApp in order to follow the conversation. As you can see in the following example, the transcription itself is pretty good, although it lacks punctuation, and may have results comic to the mixing of multiple languages. 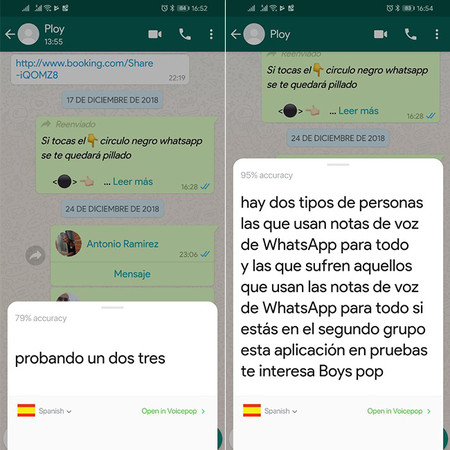 The transcription is good, although it lacks of punctuation

Speaking of languages, another advantage of Voicepop is that you can easily change the language of the voice note, in addition to that you displayed in the same window the probability of success in the transcription, so that you know if you owe it legit or is it better to listen to the audio, just in case.

Unlike other applications that lack native interface, performing on Open in Voicepop (or by opening it from the app drawer), you have an interface of its own. In it are collected all the messages that you have transcribed, including the text of the transcript and the audio. It is an interesting way to have all voice notes are organized and to hand, with the added element that allows you to listen to them faster. 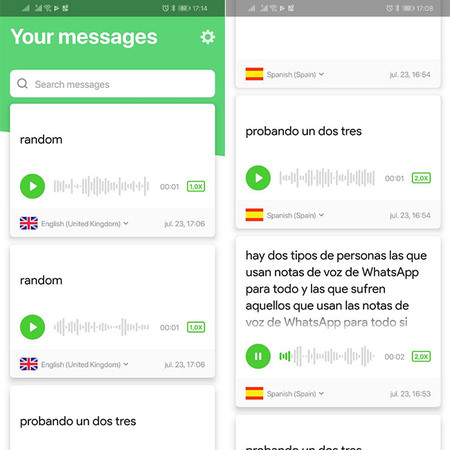 to listen To the voice messages at a higher speed, you must tap in the 1.0 x. The available options are 1.2 x, 1.5 x and 2.0 x (at double speed). If for some reason you wanted to listen to a voice message more slow, it is not possible for the moment with Voicepop. 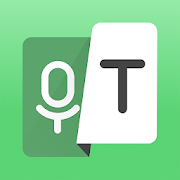 How to upgrade WhatsApp for Android latest version

With these apps, you can create notes in the notifications of Android, to have them always at hand

–
The news Converts the voice notes in WhatsApp on text easily with Voicepop was originally published in Xataka Android by Ivan Ramirez .