The game in violation of the rights of Nintendo, and now has become DMCA Royale.

as expected, after achieving a certain porpularidad the game amateur that combined the classic Super Mario Bros. with the philosophy of the battle royale, has received a notification of cessation of the lawyers of Nintendo.

Its creator was the youtuber InfernoPlus, who described his proposal as a recreation complete of the classic game Super Mario Bros. in PC, following the outline of the battle royale: search for resources and be the last survivor.

What they have done has been to modify the game to not breach the rights on the intellectual property of Nintendo that were obviously being violated when you use the name of Mario and his visual resources. So, the game is re-baptised -with something of mockery – as DMCA Royale.

The game was originally known as Mario Royale and this new version, with generic graphics 8-bit, maintains the technical basis: it is written in HTML5 and uses a Java server. The game even offers support for playing with a remote control. The players do not interact directly among themselves, however, can break blocks, steal powers, and attack with projectiles. 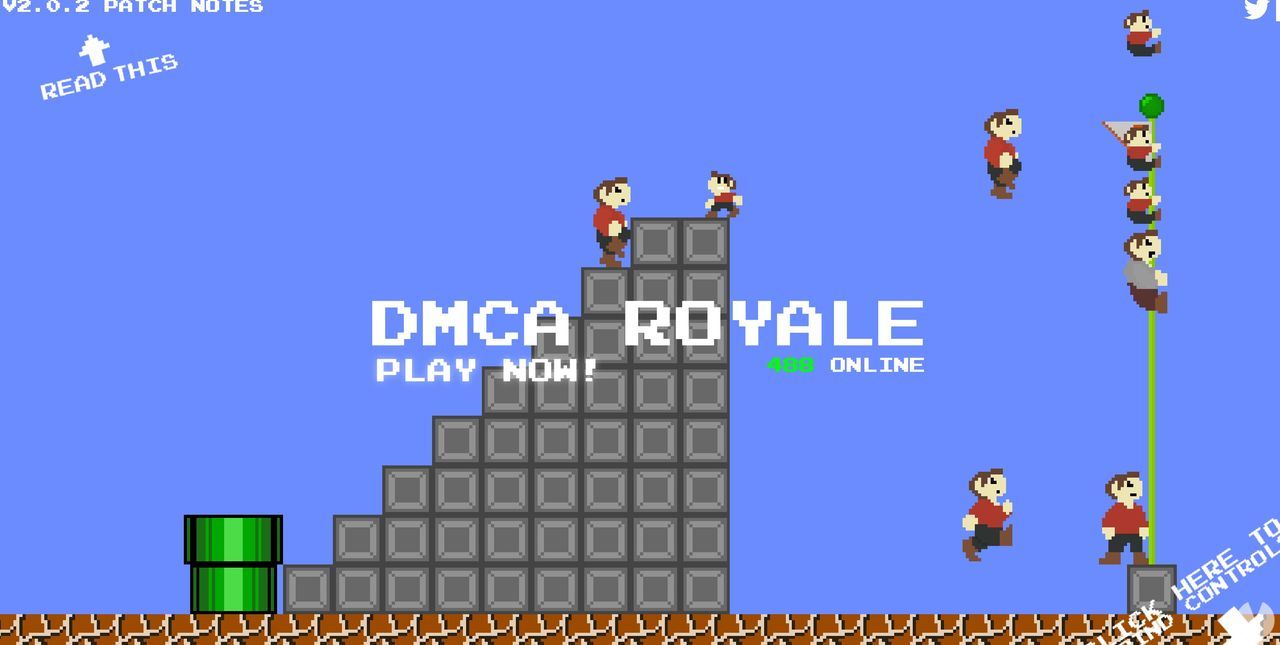 Mario Royale receives a cease and desist order from Nintendo and it redefines
Source: english
June 24, 2019