Mark Hamill apologizes for her opinion about ‘Star Wars: The last jedi’ 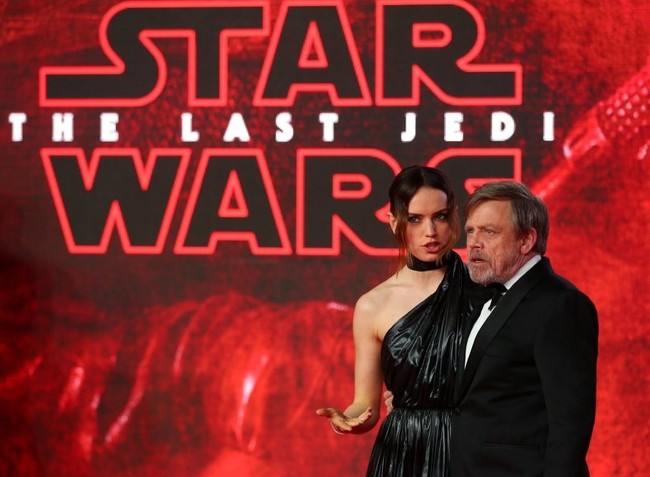 Mark Hamill has decided to fully support the Rian Johnson after his words have been used by the detractors of ‘Star Wars: The last jedi’ to criticize the decisions made by the screenwriter and director. In interviews prior to the premiere, the actor confessed to having been very surprised with the script and revealed that it was against this version of Luke Skywalker.

The more fans unhappy with the film began to share the point of view of Hamill in an attempt to prove that Johnson has ruined the character of Luke in Episode VIII. However, Hamill has wanted to clarify that those statements did not represent his opinion of the film, which were only usual creative differences, and he has shown his repentance by express these doubts in public:

I regret voicing my doubts & insecurities in public.Creative differences are a common element of any project but usually remain private. All I wanted was to make good movie. I got more than that- @rianjohnson made an all-time GREAT one! #HumbledHamill https://t.co/8ujJfBuEdV

“I regret to express my doubts and insecurities in public. Creative differences are a common element in any project, but usually stay in private. All I wanted was to make a good movie. I got more than that: Rian Johnson made a GREAT film that stand the test of time! #HumildeHamill

If you look at YouTube there are several videos that manipulate images and statements of Mark Hamill, to convey the idea that you are angry or disappointed with the Episode VIII (for example, this or this). On the other hand, among the hundreds of memes about the film circulating on the Internet, is calling attention to the one that contradicts a major argument of Hamill (and many fans) to say that Luke would never have done what we see in ‘The last jedi’. According to the actor, a jedi knight will never surrender, hide and flee, BUT… 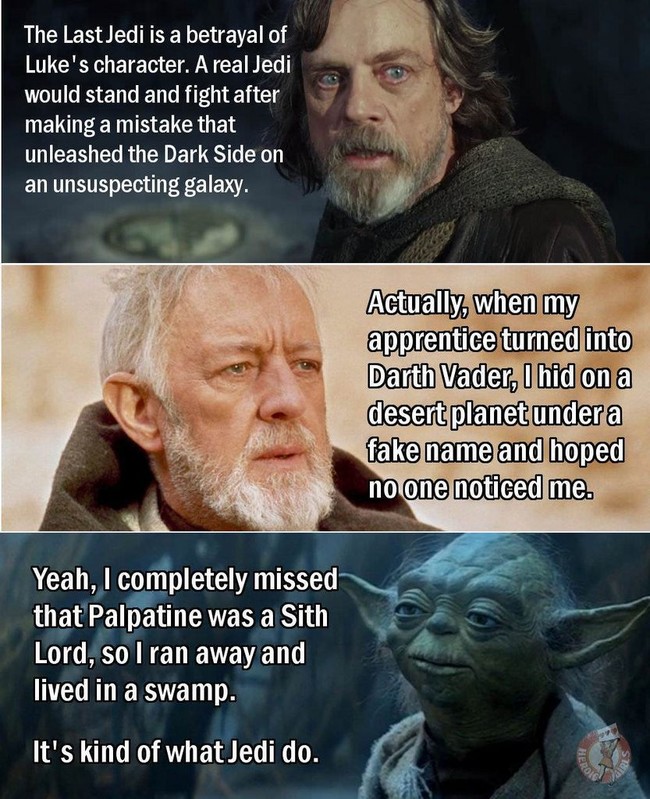 ‘The last jedi’ is a betrayal of the character of Luke. A true jedi would rise up and fight after committing a mistake that released the Dark Side in a galaxy unconscious.

Obi-Wan: actually, when my apprentice became Darth Vader, I hid in a desert planet under a false name and hoped no one I recognized.

Yoda: Yes, I escaped completely that Palpatine was a Sith Lord, so I ran away and lived in a swamp. It is what they do the jedi.

I’ve been gifted a Crock-Pot, where do I start?

'Star Wars: The last jedi' innovates just enough to remain a classic movie from the saga

The key 'Star Wars: The last jedi': the First Order strikes back

–
The news Mark Hamill apologizes for her opinion about ‘Star Wars: The last jedi’ was originally published in Espinof by Juan Luis Caviaro .