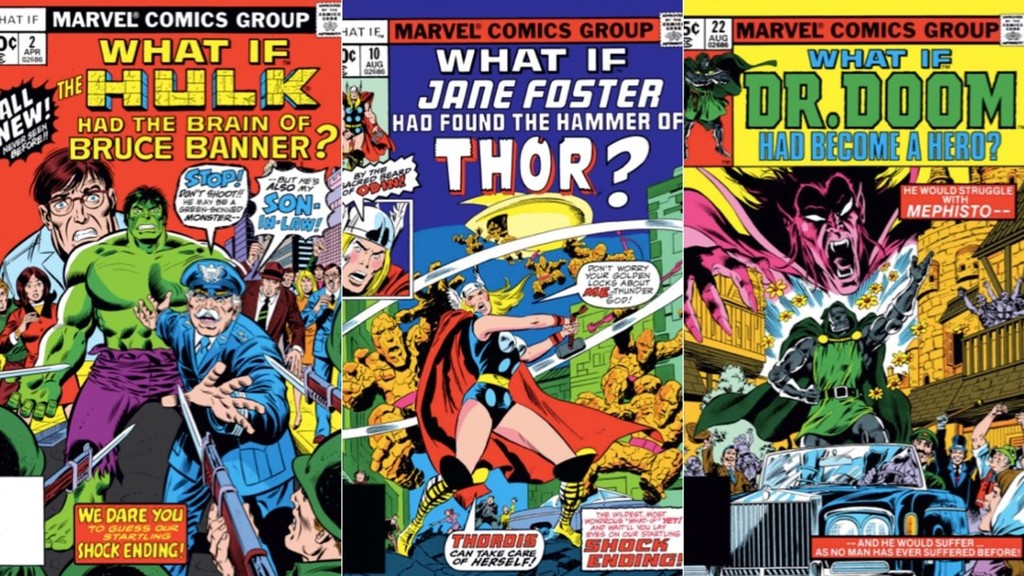 Are you disappointed and in the doldrums after seeing ‘Captain Marvel’ and you don’t want more layers, masks and superpowers? Do you have loved the adventure of Carol Danvers and the plethora of films and shows superheróicos that can be glimpsed on the horizon you’ll stop a few? No problem, Disney have plans to continue exploiting its goose that lays the golden eggs. And how!

Thanks to the medium SlashFilm we’ve known that Marvel Studios are developing a new animated series for the streaming platform Disney+ under the supervision of the own Kevin Present, in which they told stories that will not be canon in the Movie Universe of Marvel; something that has special meaning, because the production will adapt the line ‘What If’ of the comics marvelitas with a format of an anthology.

For the neophytes, it should be explained that the aforementioned line ‘What If’ was born in the year 1977 and has been extended until our days in some 200 numbers, and nine volumes. In her explore concepts “impossible”, twisting the reality and the status-quo of the universe of bullets, giving rise to arches of argument as nonsensical as “what would happen if Venom were to use the Punisher as a guest”, “what would happen if Iron Man became trapped in the time of King Arthur” or “what would happen yes Wolverine killed the Hulk”. The number of possibilities is nearly infinite. In fact, one of the episodes will adapt the story “what would happen if Loki found the hammer of Thor”.

By the time they have not transcended if the new series of Disney+ will use the premises existing on the paper to give shape to their episodes autoconclusivos or if the actors who have given life to the heroes on the big screen for the MCU will return to encarnarlos in the dub —seems to be that this is one of the ideas being considered with force—, but there is no doubt that the system of VOD in the company of Mickey mouse every time he has the future catalog more promising.

'Black Panther' receives 7 Oscar nominations, including best film is the first film of superheroes that what you get

–
the.news Marvel is developing an anthology animated based on the online comic ‘What If’ for Disney+ originally.published.in by Victor Lopez G. .

Marvel is developing an anthology animated based on the online comic ‘What If’ for Disney+
Source: english
March 12, 2019