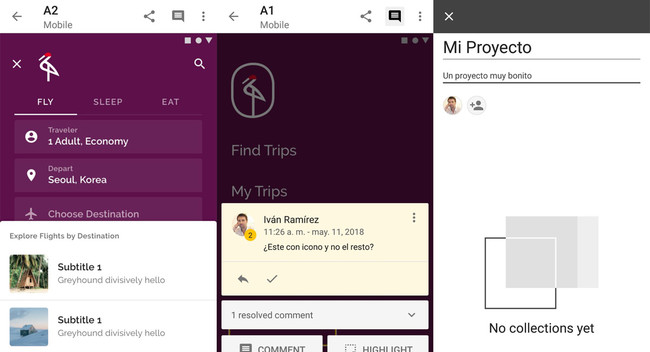 Besides a new theme editor, Google I/O this year has brought us a new application of Google relating to the design of applications Material Design: Material Gallery. The app is now available for download on Google Play.

Material Gallery is a collaborative tool for to share, to comment and to take account of the changes made in the design of applications. Reminds a little bit the system of comments and reviews of Google Docs. 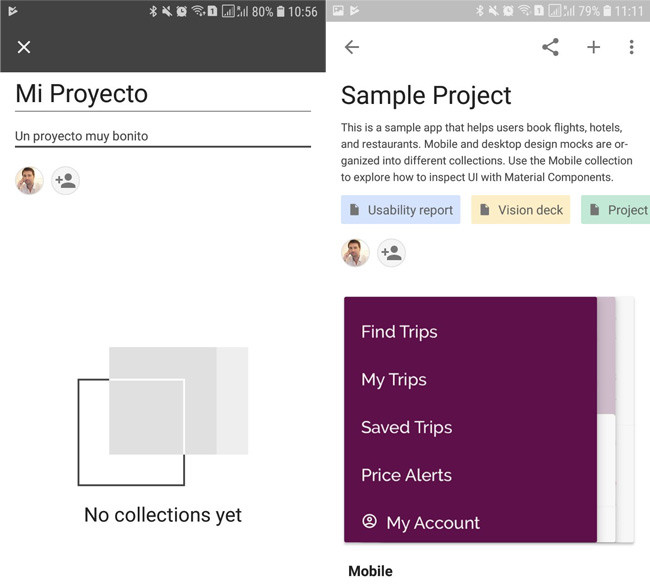 Material Gallery is first version so don’t expect too much. There is a tool to create sketches or mockups, but to share them. They must have created them with another app and share them as a picture from the camera or from the gallery of your phone. As its name indicates, is primarily a gallery.

From the application you can create a new project (for example, music app), which contains in its interior collections (for example, start screen and player). Each collection can contain one or several images, which are to be discussed between all the people that have been shared.

Get comments and revisions

The people with whom you have shared the project can add comments on any image, highlighting, optionally, a part of the same, to see what it covers. Such comments can be answered or marked as resolved. 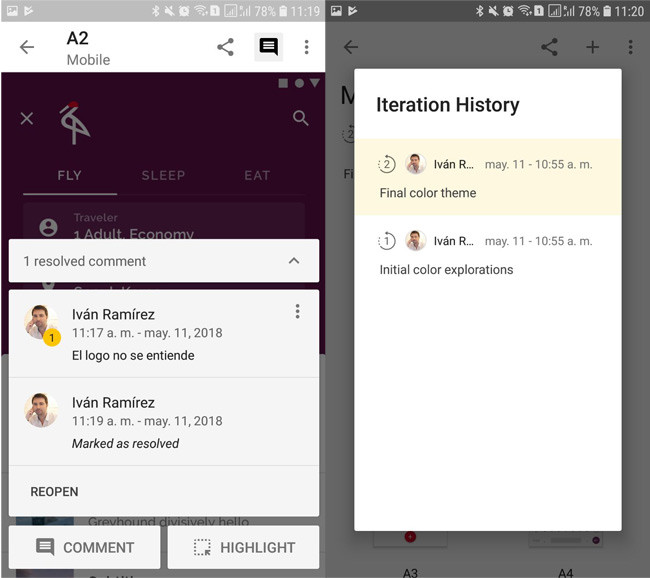 It also saves a history with all of the changes in each collection, so that you can at any time take a look at the previous iteration or to the next. Useful for further account of what has changed in the design.

In summary, we can say that the Material Gallery is an application useful for teams that are designing an application, although its current status is something basic. If Google is committed to improve it from time to time, it will probably become a popular tool among developers.

In Xataka Android | Material Design debuts a theme editor: this is how the developers can customize its interface

–
The news Material Gallery: a new app from Google for sharing, comment and review designs of apps was originally published in Xataka Android by Ivan Ramirez .

Material Gallery: a new app from Google to share, comment, and review designs of apps
Source: english
May 11, 2018