Meizu 16T: the new phone gaming of the chinese brand will include the Snapdragon 855

The family Meizu 16 premiered last month of August with two high-end models, the Meizu 16 and the Meizu 16 Plus, and soon welcomed a third member, the Meizu 16X, is more focused on a youth audience. Well, according to has confirmed the own founder of the company in Weibo, there are three other terminals Meizu 16 that will arrive in the coming months.

we Talk about the models Meizu 16s, 16s Plus and 16T, all of them with the latest processor Qualcomm, the Snapdragon 855, in its interior. While the first two will come as successors of the Meizu 16 and 16 Plus, the third will be a phone aimed at users looking for gaming.

With “T”, Turbo, for a public gamer 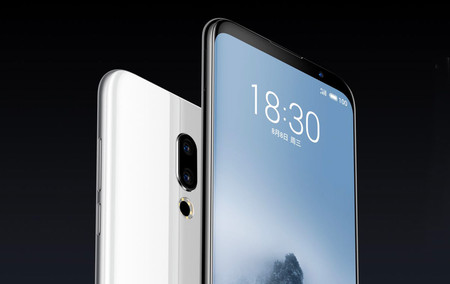 chinese social network Weibo has once again been the platform chosen by the founder of Meizu, Jack Wong, to reveal the plans of the company, which, as we have said, is planning to launch three new smart phones with the Snapdragon chipset 855 this year.

we Measure the radiation emitted by 11, smartphones of the top brands in a lab, and this is what we found

The first two, is the Meizu 16s and the Meizu 16s Plus will arrive in may to replace the Meizu 16 and 16 Plus last year, while the 16T, it will be a smartphone-oriented games, still has no set date of release.

Interestingly, the name with which the management announced this last model was Meizu 16G (clarifying that the “G” is Game), but the contrary opinions of the fans of the brand in the forum itself (because of a possible confusion related to the storage) caused him to change it to 16T, adding that the “T” is the initial Turbo.

The Meizu 16s standard and the variant Plus will arrive in may with a screen size of 6.2 and 6.5 inches, respectively

Jack Wong has also taken the occasion to confirm that none of the three phones will have notch, and that screen sizes for the Meizu 16s standard and variant, Plus will be 6.2 and 6.5 inches, respectively.

In the case of the model 16T, such as is still in development, has opened a poll for users to vote for the display size ideal (for the time being, the option of 6.2 inches is the most chosen) and has insisted that it will not be a flagship, but a model with Snapdragon 855 and price more restrained.

The Nubian Z18 poses for the camera with a few frames almost non-existent, and notch to the Essential

The Honor to Play, the future of mobile gaming, it will offer a gaming experience 4D with the help of a IA

–
The news Meizu 16T: the new phone gaming of the chinese brand will include the Snapdragon 855 was originally published in Xataka Android by Laura Sexton .