The Arsenal player had criticized the treatment of the chinese Government, the uighur muslims, something that has not liked the publisher of the game in China, NetEase.

Mesut Özil will be removed from Pro Evolution Soccer in China for political reasons
The Arsenal player had criticized the treatment of the chinese Government, the uighur muslims, something that has no...

The footballer Mesut Özil, the current Arsenal player -and formerly of the Real Madrid- will be removed from the chinese version of eFootball PES 2020 after he criticized the deal which gives the chinese Government to the muslim uighurs. NetEase is in charge of editing PES in China and been confirmed in the platform Weibo that the decision is taken by the serious statements about the country.

“The comments hurt the feelings of fans and chinese violate the sporting spirit of peace and love. We do not understand, accept or forgive this”, said NetEase, in reference to the messages of Özil, as the criticized the silence of the muslims in response to allegations of human rights abuses in China, where there are a million of muslims held in camps of re-education. According to the player, the uighurs are “warriors who resist the persecution,” a description that has not liked anything in China.

► Nene and Hideyoshi Toyotomi in new images from Samurai Warriors 4 Arrive this year PS Vita and PS3. Tecmo Koei...
► Sonny Landham, actor of ‘Predator’, has died at 76 years Sonny Landham, a veteran actor whose work i...
► Crowfall: Throne Wars is shown in a new video The massive role-playing game continues to p...

“Burn their coranes. Shut down their mosques. Prohibit its schools. Kill their holy men. The men are forced into camps and their families are forced to live with chinese men. women forced to marry chinese men,” said Özil in Turkish.

The consequences for these statements

The chinese Government has said that Özil is the victim of the false news or “fake news” and the reaction has not been made wait. In addition to its elimination of PES 2020, which can be considered an anecdote, it has also led to that the Central Television of China (CCTV) cancels the broadcast of a Premier League match with Arsenal. Many fans chinese have also encouraged it to burn or throw away the t-shirts Özil, which until now was a player well known and affectionately called 272 -names in chinese sound like your name.

This controversy comes shortly after another similar but with the NBA and the Houston Rockets and protagonists, who spoke of the protests in Hong Kong at the beginning of October -an issue that China does not want any interference – and that was mentioned so comical in a program South Park. 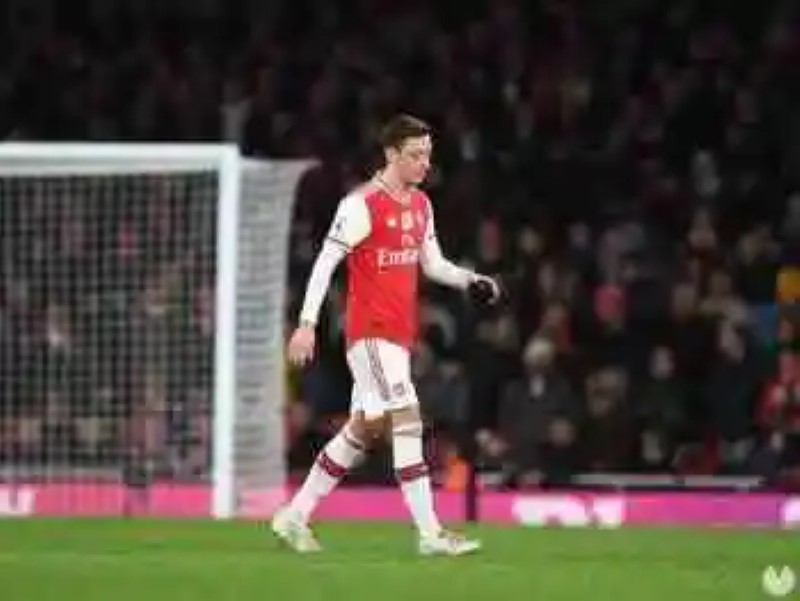 Five years later, Samsung launches tablet 4: 3
Samsung Galaxy Tab A is the new tablet with 4: 3 company that current...
‘Clerks 3’: Kevin Smith confirms that the sequel is underway (and now it seems that he says seriously)
it's Been over six years since Kevin Smith announced its intention to c...
Tagesthema: Ist tragbar tech jede Nutzung zu Unternehmen?
Laufe des vergangenen Jahres, Geräte wie Google Glass und, die Ihre Ges...
Sushi Striker: The Way of Sushido announced for 3DS
It will arrive in 2018.Nintendo continues with their announcements in the ...
Bibliography ►
Phoneia.com (December 18, 2019). Mesut Özil will be removed from Pro Evolution Soccer in China for political reasons. Recovered from https://phoneia.com/en/mesut-ozil-will-be-removed-from-pro-evolution-soccer-in-china-for-political-reasons/

This article was published by Phoneia, originally published in English and titled "Mesut Özil will be removed from Pro Evolution Soccer in China for political reasons", along with 18988 other articles. It is an honor for me to have you visit me and read my other writings.
◄ Google Play Store: how to turn off the automatic playing of videos
How to activate new call waiting Whatsapp in iOS and in Android ►