The game comes out on January 29 on Xbox One, PS4 and PC.
Milestone has distributed information on the steering wheels, pedals and gear changes compatible Thrustmaster Sébastien Loeb Rally EVO . The game will rally Xbox One, PS4 and PC next January 29 . Thrustmaster Milestone and have worked closely to make the game compatible with most devices launched by the company of peripherals.
Alex Zucca , chief designer Milestone , he said: “It is an honor for us to announce the list of Thrustmaster peripherals compatible with Sébastien Loeb Rally EVO . We believe that a racing game should be compatible with most devices available on the market “

” We believe that a racing game should be compatible with most devices available on the market “Alex Zucca, Milestone

Milestone wanted to offer the user a wide range of steering wheels, clutches and gearboxes or pedals , some of the last generation, after all players to enjoy the title with specialized peripherals.
“Both give the player he possesses a peripheral of the past generation or this, you should be able to exploit the full potential Rally EVO . We worked with Thrustmaster to maximize compatibility list and the number of customizable options. We are confident that this move will be grateful both experienced players as those with a peripheral in home “. 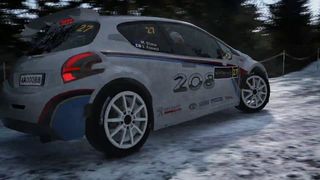