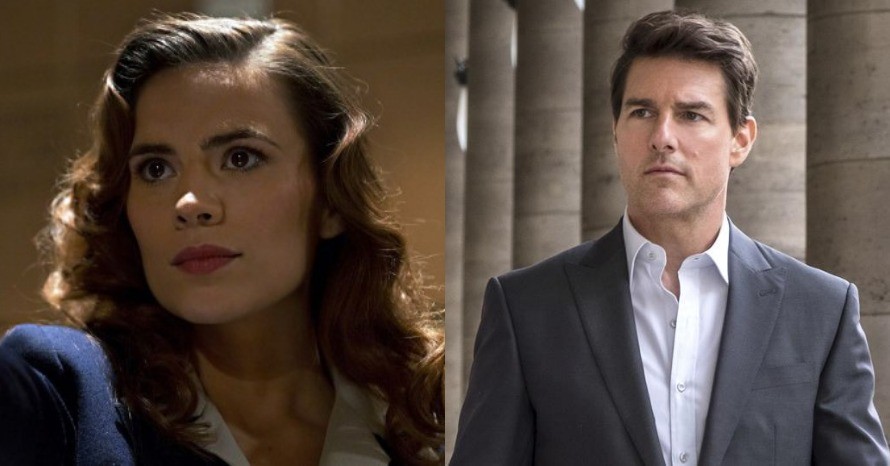 we do Not know if the instructions will be self-destroyed after transmission, but the writer and director Christopher McQuarrie has confirmed that the star of Marvel, Hayley Atwell, will be part of the next installment of ‘Mission: Impossible’, which passes now for the best time of your existence.

Tom Cruise will repeat his starring role as Ethan Hunt, at least in a next couple of movies, along with McQuarrie, will return to write and direct the seventh and eighth delivery of the series. McQuarrie directed above, Mission impossible: Nation secret‘ in 2015, and the amazing ‘Mission impossible: Fallout‘ last year, which became the highest-grossing movie of the franchise with almost $ 800 million of revenue at a global level.

All movies 'Mission: Impossible', sorted from worst to best

Hayley Atwell is known for playing Peggy Carter in the movie Captain America and Agent Carter on television format, and repeated the role for an episode ‘s’ What If …?‘, the upcoming animated series from Marvel Studios to Disney +. Recently starred in the film inspired Bruce Springsteen ‘Blinded by the Light (Blinded by the light)’, and appeared in ‘Christopher Robin’.

Paramount has dated the next film in the force of impossible mission for the 23 July 2021, while the eighth installment will hit the screens on August 5, 2022. In addition to Cruise, also waiting for the return of Rebecca Ferguson, as well as the rest of the usual team.

'Mission: Impossible – Fallout' has a big problem: there is genuine excitement at the end

why 'Mission: Impossible' it is the best action series of recent times

Christopher McQuarrie will direct two more films of 'Mission Impossible': will roll at the same time and will arrive in 2021 and 2022

–
The news ‘Mission: Impossible’: Hayley Atwell is the new signing star Tom Cruise for the seventh delivery was originally published in Espinof by Kiko Vega .