MIUI-ify, an application to quickly access and customize the notifications bar 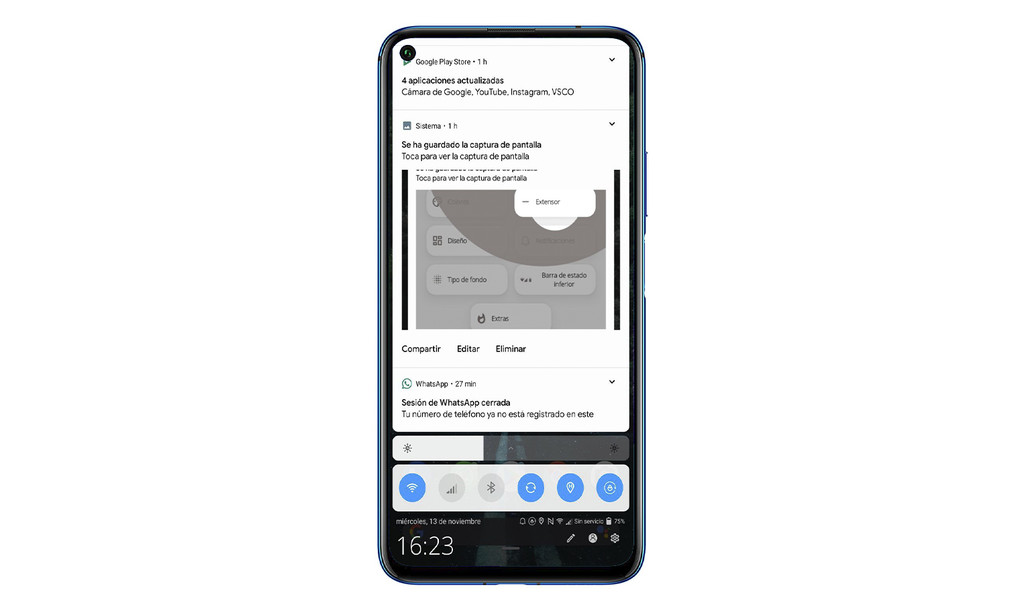 The mobile phones are increasingly large, which is completely normal for anyone of them exceeds six inches. This, inevitably, has led to the top of the same increase, exceeding in most cases the 16cm. In Android, one of the main centers of the interface, the notifications bar, it has its access through a sliding gesture on the part of the top of the panel, which is not easy to get.

Manufacturers like Google have implemented gestures on the fingerprint reader to be able to lower the bar with this one, while other manufacturers, such as Samsung, allow you to lower the notification bar by swiping from any part of the launcher for not having to raise your finger up.

however, we have solutions third party, which allow us to invoke a notification bar and settings direct from the lower part of the screen. MIUI-ify is one of them, and we are going to show you how it works and why it is a good solution.

Troubleshooting the accessibility with the notification bar 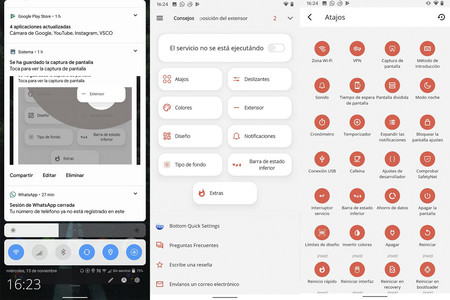 The notification bar in Android also saves the shortcuts, to which it is sometimes difficult to reach because the gesture to invoke it is to slide from the top of the screen. MIUI-ify comes to solve this problem, allowing us to choose the zone from which we invoke the bar. If a default fine is meant to invoke from the bottom of the screen, also we can do it from the side of the same.

Test MIUI 11: the new layer of Xiaomi surprised by your new design and convinces with its performance

The application shows a notification panel custom, in which we can adjust point-by-point the elements which appear

needless to say, the bar that is invoked is not the native, although at the level of functionality, is quite complete. In this case, as its name indicates, the bar is based on MIUI 11, but if you want the look to be the Android Pure, the same developer you have such an application, with the interface of Android 10.

The advantage of this application (both MIUI-Ify as your alternative with interface stock) is that we can configure to taste the elements of the status bar. Shortcuts, colors, design, notifications, icons, etc Almost all the information that is displayed in this panel we can configure it comprehensively.

however, aside from the customization, has called us the attention integration in the system as the fluidity with which it works, to the point that it seems that we are using a native function of the system, and not a third-party app. Yes, we have to be careful with the gesture of swipe up (or from the sides) does not depress with the native gesture system. To avoid this, we can adjust the size of the zone from which it is invoked, so that it is easy to avoid problems. gestures of Android 10 are already compatible with launchers any third party, first in the Pixel 4

In Android 10 some apps, they ask you if you want to keep the data when uninstall

–
The news MIUI-ify, an application to quickly access and customize the notification bar was originally published in Xataka Android by Ricardo Aguilar .