More screen, more power: these are the preferences of the users according to AnTuTu 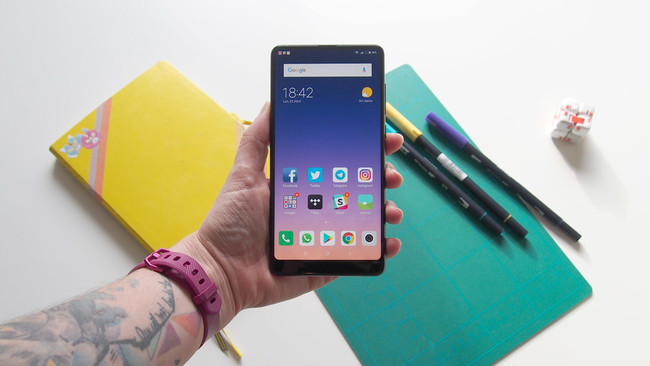 The trends in the mobile industry are rapidly changing, but once something works for the users, or any of the main brands presents something new, the rest of the companies does not take long to make it your own. It is the case of the notch, the dual cameras or screens growing in size.

gone are those days in which lucíamos mobile 5-inch in our hands, and that is the trend going to increase every time more the size of the screen is being well received by the users. So what shows AnTuTu in its latest trends report, in which in addition to larger screens, it also shows a clear preference towards terminals more and more powerful.

According to the statistics at the global level, the last few months submitted by AnTuTu, the 19,58 per cent of users still preferring to terminals whose screen is left in the 5.5-inch. This percentage represents a majority, but has lost percentage points in the last few months, points that have gone to the users who prefer screens with diagonals greater.

And is that the data show a growing trend you have models of 6 inch (including the 5.99 inches), with a 16,10 percent of users asked. The screen resolution is also a data developer to know that the users bet each time more for the phones entire screen.

But not only of screens is AnTuTu this analysis of trends. As we can see, users will also give increasing importance to the power of the mobile phones, the ability to perform multitasking without suffering lags or drops of fps with games of high demand.

This is reflected in the growing interest by processors octa-core that takes the 75,02% of the respondents. In addition, demand more RAM and more internal storage. Phones with 4GB of RAM are preferred by 33.9 % and by a now 43.78% have a storage capacity of 64GB, surprisingly above 128GB represented by the 19,34%.

In last place AnTuTu also provides us with data concerning the version of Google’s operating system preferred by users. We talk about the largest share goes to Android in its version 8.0.0 with a 26.9% of the sample represented, while Android 8.1.0 accounted for 17.22%.

Xataka | Xiaomi Mi MIX 2S, analysis: the iconic ‘all-screen’ finally have the camera that is deserved

–
The news More screen, more power: these are the preferences of the users according to AnTuTu was originally published in Xataka Android by Erika Garcia .

More screen, more power: these are the preferences of the users according to AnTuTu
Source: english
June 27, 2018