MTV cancels ‘Faking it’, ending with its third season 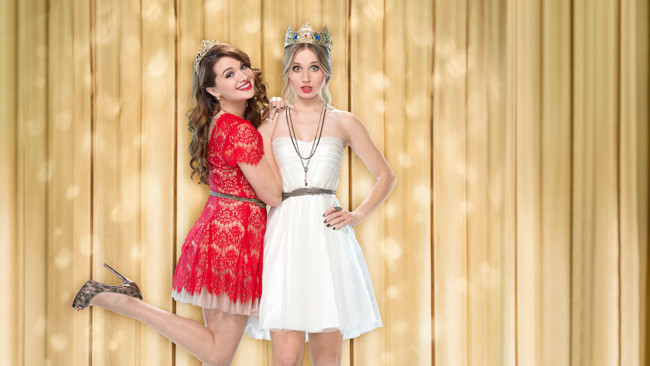 networks are not the only chains that are announcing the destinies of their series on broadcast. MTV just announced that one of his comedies of high school, ‘ Faking it ‘(or’ the fakers’, as titled in Spain), fourth season will not and will end next Tuesday 17. the third installment of the series had fallen enough in hearings and the chain has chosen not to continue with it.

‘Faking it’ it followed two friends, Karma and Amy, who were confused by a romantic partner for the rest of the school, and that confusion made them very popular . The twist is that the series was suddenly Amy realized she was not faking and that did feel something for her friend. From there, ‘Faking it’ doubts Amy used to explore the emotional entanglements of all its characters.

Carter Covington, showrunner series, has confirmed to The Hollywood Reporter that the end of the third season also serves as closure ‘Faking it’ , and although not explore more in depth the intensity of the relationship between Amy and Karma, as you would have liked, it did offer a feeling of complete history. This third installment had shown a serious crisis in their friendship and how both faced with the possibility that perhaps should not remain friends.

Tele Go! | Friendship is the most important thing ‘Faking it’

Freeform continues his makeover throwing the closing ‘Switched at Birth’

Why Elie Saab brought a new light to the red carpet (and fashionable)?

‘The Chronicles of Shannara’ will have second season on MTV

–
The news MTV cancels ‘Faking it’, ending with its third season was originally published in Tele Go by Such Marina.