‘Mulan’ releases new trailer: this is the next remake in live-action with Disney expected to sweep the box office

Months after surprising us with the first advance, Disney wants to conquer us with the new trailer ‘Mulan‘, the next remake in real action. After the resounding success of the ‘Aladdin‘ and ‘The lion king‘, both with more than 1,000 million dollars raised, it’s hard to find reasons why Disney should not continue squeezing the formula.

‘Mulan’ premieres in movie theaters to 27 march 2020 with the unknown Liu Yifei in the role of the heroine. The cast is complete with Donnie Yen, Jason Scott Lee, Gong Li, Jet Li, Yoson An, Utkarsh Ambudkar, Ron Yuan, Tzi Ma and Cheng Pei-Pei, among others.

‘The lion king’ and the remakes that copy plan to plan: why not always work

Niki Caro, director of ‘In the land of men’ or ‘house of hope’, is responsible for setting the scene, bringing to the screen a script of Lauren Hynek, Rick Jaffa, Elizabeth Martin and Amanda Silver based, of course, in the classic anime of 1998.

The story revolves around a young brave who risks everything for the love of his family and his country, becoming one of the warriors most famous in the history of China. The Emperor issued a decree to recruit a man from every family must serve in the Imperial Army to defend the country from invaders from the North. Hua Mulan, the only daughter of a decorated warrior, gets to prevent his elderly father is called up. Is pretending to be a man, Hua Jun and is subjected to all kinds of tests. To achieve this, it will appeal to your inner strength and bring out their full potential. It is an epic adventure that will transform it into a warrior laureate that will be worthy of the respect of an entire country and a source of pride for his father…

Trailer dubbed in Spanish of ‘Mulan’ and new poster 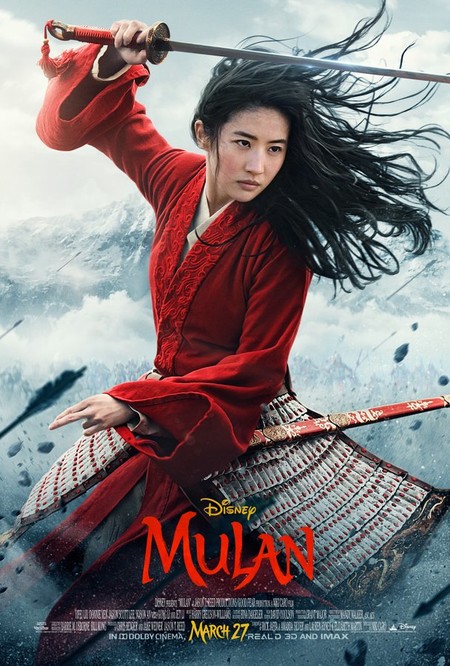 'She-Hulk': Marvel hires a writer 'Rick and Morty' to develop the series about the superheroine

Early reviews of 'Frozen 2': a sequel darker and with great songs but without the magic of the first delivery

–
The news ‘Mulan’ releases new trailer: so is the next remake in live-action with Disney expected to sweep the box office was originally published in Espinof by Juan Luis Caviaro .

‘Mulan’ releases new trailer: this is the next remake in live-action with Disney expected to sweep the box office
Source: english
December 5, 2019