N. O. V. A Legacy from Gameloft will come to Android soon, you can already register

The rescue games legendary in mobile version is becoming fashionable. We have already seen with titles such as Mega Man of Capcom or Super Mario Nintendo (although for this we are still waiting for). the Gameloft has wanted to add to the party rescuing a saga of games, although not as old, received very good reviews and has been for a few years without upgrade.

we Talk about N. O. V. A., the ‘shooter’ in first person that takes place in a universe of science fiction and whose latest sequel, the N. O. V. A. 3, arrived in 2012. Gameloft has announced that in the near future there will be a new chapter in the saga who have been baptized N. O. V. A. Legacy and that we can already see a teaser video. Of time still can not download it, but you can register to be the first to know.

To whet your appetite, Gameloft has released a teaser video pretty revealing, and it shows no image of the game, if not that teaches us a helmet floating in space. Yes, if something stand out are these graphics so promising.

The company has enabled a page Facebook where are more details about the game. N. O. V. A. Legacy rescues the history of the now veteran hero Kal Wardin who, at the hands of Yelena, his assistant AI, you must protect the humanity against an alien invasion.

According to Gameloft, the game will offer graphics console in a compact package that is 20 MB. In terms of game modes, you have story mode, events, time-limited, a strategy mode and multiplayer up to six participants.

If you register, and receive a notice when the game is available, also you will get a pack of gift valued at $ 8 that contains weapons, consumables, and different ‘skins’. At the moment there is no clue about the date of arrival, although we hope not to delay too much. 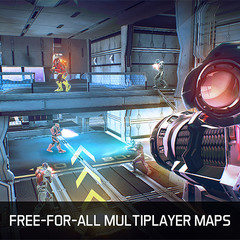 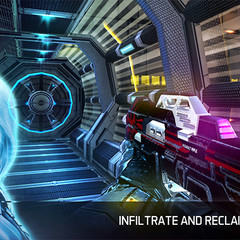 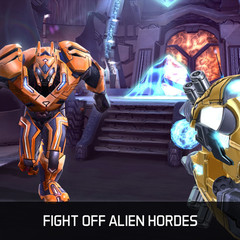 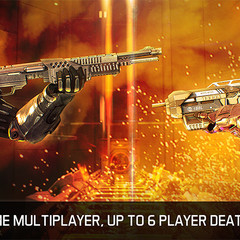 Register | N. O. V. A. Legacy
In Xataka Android | A Boy and His Blob, the reinvention of the classic platformer for the NES comes to Android

–
The news N. O. V. A Legacy from Gameloft will come to Android soon you can already register was originally published in Xataka Android by Amparo Babiloni .