Netflix cancelled two of their series: ‘designated Successor’ and ‘Tuca & Bertie’ will not be new seasons 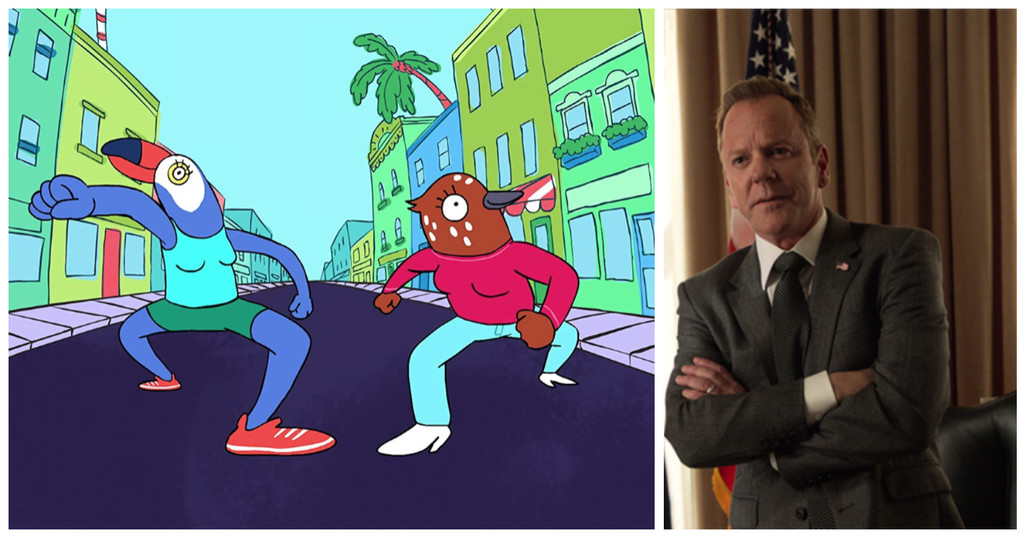 Netflix will not continue with more seasons ‘designated Successor’, starring Kiefer Sutherland, or the series of animation for adults ‘Tuca & Bertie’, with the vocals of Tiffany Haddish and Ali Wong.

Netflix had rescued the first, producing a third season of ‘designated Successor’ last September after its cancellation on ABC. At that time, the streaming service and the production company came to an agreement of a year with the deal only for that third season.

Some of the players had already started new adventures, such as Kal Penn, who is preparing a new comedy on NBC, but they were open to doing more seasons.

The three seasons are still available on Netflix at the global level.

“We are proud to have offered fans a third season and will continue airing all three seasons during the next few years,” according to Netflix. “We are particularly grateful to the producer and star Kiefer Sutherland, who brought passion, dedication, and a performance that is unforgettable as Chairman Kirkman. Along with the cast and crew have created a final season that is convincing and satisfactory.”

For its part, ‘Tuca & Bertie’, that had been well received by critics, not pass on your first season.

“Lisa Hanawalt created a picturesque world in Tuca & Bertie,” said Netflix in a statement. “We are grateful to Lisa, and to her colleagues and executive producers and stars Tiffany Haddish and Ali Wong, sharing a fun and dynamic duo of birds of females with the world. Although Tuca and Bertie will not have a second season, we are proud to keep this story on Netflix in the next few years.”

Even with these two cancellations, Netflix, which is producing a large volume of new originals every year, has a renewal rate of first to second season of around 80%. Executives at the streaming service have said that your decisions of cancellation are taken after review of the expense in front of the audience for each program.

FOX cancels ‘The Mindy Project’, but Hulu is posed to rescue her; ‘The Following’ also wants to “plan B” after gazapo chain

'designated Successor', is a remake in disguise for '24' changing adrenaline by bureaucracy and idealism?

–
The news Netflix cancelled two of their series: ‘designated Successor’ and ‘Tuca & Bertie’ will not be new seasons was originally published in Espinof by Kiko Vega .

Netflix cancelled two of their series: ‘designated Successor’ and ‘Tuca & Bertie’ will not be new seasons
Source: english
July 25, 2019