Netflix continues to give us joys: ‘Friends of the university’ will have a second season 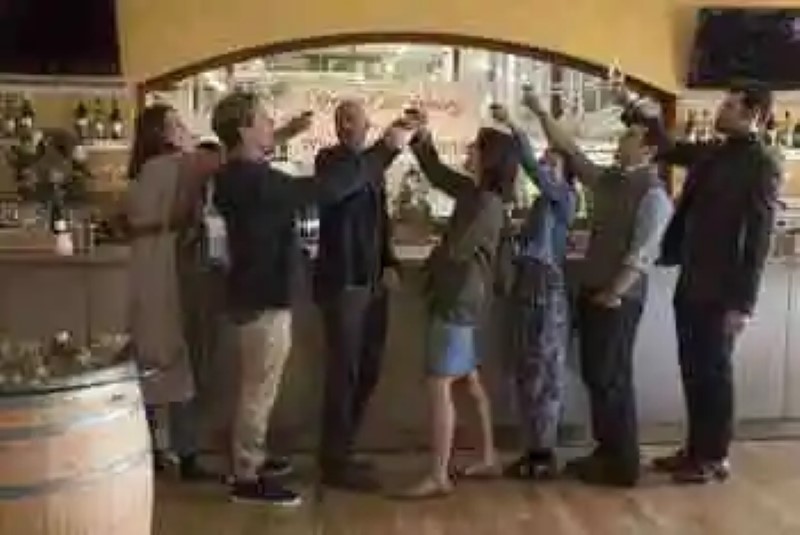 Netflix continues to give us joys: ‘Friends of the university’ will have a second season
2017 has been the year in which Netflix has begun to cancel series with greater regularity, but that should not lea...

2017 has been the year in which Netflix has begun to cancel series with greater regularity, but that should not lead us to deceit: they are renovating most of them. Very recently it was the turn of ‘Ozark’the thriller starring Jason Bateman, and now the company has announced that ‘Friends university’ (‘Friends From College’) will also have a second season.

Created by Nicholas Stoller, also director of the eight episodes that give way to the first season, and Francesca Delbanco, ‘college Friends’ premiered last July 14 and has not enjoyed a great reception from the critics. In fact, I already began to think of another case similar to ‘Girlboss’, but it is seen that has worked better than fiction led by Britt Robertson and that is why you have decided to go ahead with it.

► The game of strategy and revolution, animal Tooth and Tail debuts trailer He explains his story.Pocketwatch Games, the...
► Google Maps for Android now lets you warn of the presence of works in the journey This summer, the application of Google Ma...
► Scammers choose to the advertising of Instagram to perform the latest scams ‘online’ EUROPA PRESS Panda Security alert that these...

like the first, the second season will consist of eight episodes, and your first objective will be to see how to address the new dynamics between the characters played by Keegan-Michael Key, Cobbie Smulders, Nat Faxon, Annie Parisse, Fred Savage and Jae Suh Park after the revelation of the last chapter. It would not be surprising that these ex-students from Harvard spend time separately and will have to see how they handle Stoller and Delbanco.

still unknown is when you have expected Netflix to release the second season. It seems likely that opt to repeat the move and launch it in summer of 2018, but for me that will take all the time in the world to see if they all fit in better, that I began to see it and it is true that the actors do very well, but also that the tone was somewhat inconsistent. All in all, there is no material for a great series and only need to focus on it better. The opportunity to do so already have.

What have in common the way you open a bank account from home and leave handsome in a selfie?

The fight continues: 'GLOW' will have second season on Netflix

'Iron Fist' will have a second season with new showrunner: one of the writers of 'Elektra' (seriously)

–
The news Netflix continues to give us joys: ‘Friends of the university’ will have a second season was originally published in Espinof by Mikel Zorrilla.

This article was published by Phoneia, originally published in English and titled "Netflix continues to give us joys: ‘Friends of the university’ will have a second season", along with 18986 other articles. It is an honor for me to have you visit me and read my other writings.
◄ Techland presented at Gamescom a shooter co-op called God’s Trigger
.hack//G. U. Last Recode will arrive on the 3rd of November to the US ►