Netflix has removed an episode of ‘W/Bob & David’ by a “blackface”: its creators respond that they wanted to “make you laugh and think”

Netflix continues cleaning up its catalog of polemics. Now the great error has been ‘W/Bob & David’, as the streaming platform has decided to delete an episode that included a sketch that made use of the much-disputed “Blackface“.

In the sketch in question, we see a man trying to provoke a police officer -played by Keegan-Michael Key–  and as his attempts do not work, just opting for painting the face black . As expected, David Cross and Bob Odenkirk, co-created the program, have not been slow in reacting to responding to the decision of Netflix via twitter:

we considered every choice we made doing our show, and always aimed to make you laugh and think, and never make an obvious or easy point…that very much includes this sketch. Our comedy is always about the human element, never about making a political point https://t.co/1yOKa417T8

David Cross: Netflix is going to check out this sketch of ‘W/Bob & David’ because of the ridiculous and stupid character that I interpret it puts the “Blackface” at a certain point. The reason for this was to emphasize his absurdez… well, here’s your last chance to get it. (the actor added a link to view in YouTube for the sketch, but has since been removed)

Bob Odenkirk: Consider all of the choices that we made in our show, and always aspiring to make you laugh and think, never be obvious or go to what is easy… that includes this sketch. Our comedy was always about the human element, never about making a political statement.

The two make it clear that it was not a decision they took lightly and it was used to criticize this kind of attitudes, inviting the viewer to reflect about it and laugh at the same time. Now times have changed and is problematic, which at the time was released on Netflix without problem. 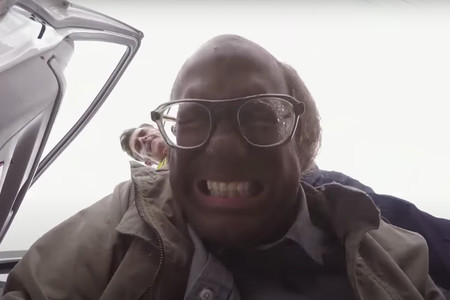 Image of the sketch in question

it makes one think that the case of ‘W/Bob & David’ will not be the last. Rare is it that has not been started to remove ‘Tropic Thunder’ some streaming service, or that there are not more people outraged because Robert Downey Jr. was nominated for an Oscar precisely for that character. It is a matter of time.

–
The news Netflix has removed an episode of ‘W/Bob & David’ by a “blackface”: its creators respond that they wanted to “make people laugh and think,” was originally published in Espinof by Mikel Zorrilla .