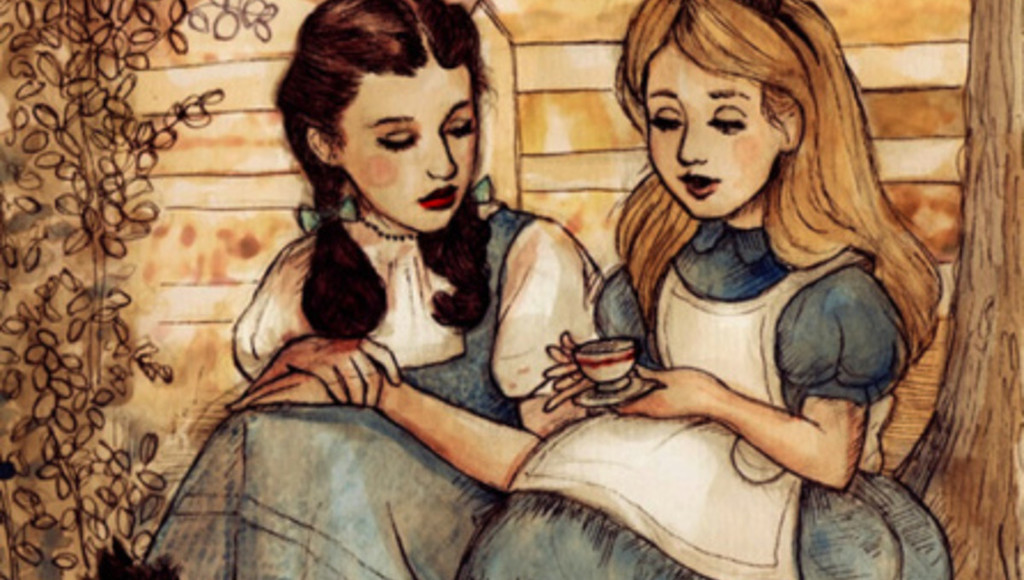 be very careful with the news I bring here, because the benefits of the public domain will make it possible for one of these crossovers, a priori, impossible, who can come up with a product the sea of interesting with two iconic intellectual properties.

As has been announced in the middle Collider, in Netflix have signed the screenwriter Anna Klassen to develop a feature film that will bring together Dorothy of ‘The wizard of Oz” and Alice of ‘Alice in Wonderland’ in a “fantasy adventure “epic”  under the title of ‘Dorothy & Alice’; something that has been confirmed by the writer through his Twitter account.

The Cheshire Cat is out of the bag: I’m writing DOROTHY & ALICE for @Netflix, a fantasy adventure epic. I grew up reading these books & this project has been endlessly fun to craft – to reinvent treasured characters and explore the worlds I wanted to inhabit as a kid. pic.twitter.com/oaythAz4ae

“The Cat of Cheshire is out of the ball: I Am writing DOROTHY & ALICE for @Netflix, a fantasy adventure epic. I grew up reading those books, and has been infinitely fun to work on this project to reinvent treasured characters and explore the worlds that I wanted to live girl.”

in the absence of more details about the project, I leave you with the synopsis of the script on which to base the tape, and on that Klassen is doing changes to take it on a “new” address unknown to this day. Regardless of what it is, we have before us a proposal of what is most interesting to closely follow.

“The original script, shows us Dorothy Gale chased by nightmares about the impending destruction of Oz. Sent to a home for others like her who experience disturbing and vivid dreams, will soon be a friend of Alice, a mysterious girl who involves her in a dangerous mission not only to save the worlds of the imagination, but the world as we know it.”

Netflix confirms ‘A prince of Christmas 3': the family grows with the arrival of the royal baby

Trailer for 'Batman vs. Teenage Mutant Ninja Turtles’, an unexpected crossover that promises tons of fun

–
The news Netflix is preparing a crossover of ‘Alice in wonderland’ and ‘The wizard of Oz’ in a movie of “epic fantasy” was originally published in Espinof by Victor Lopez G. .