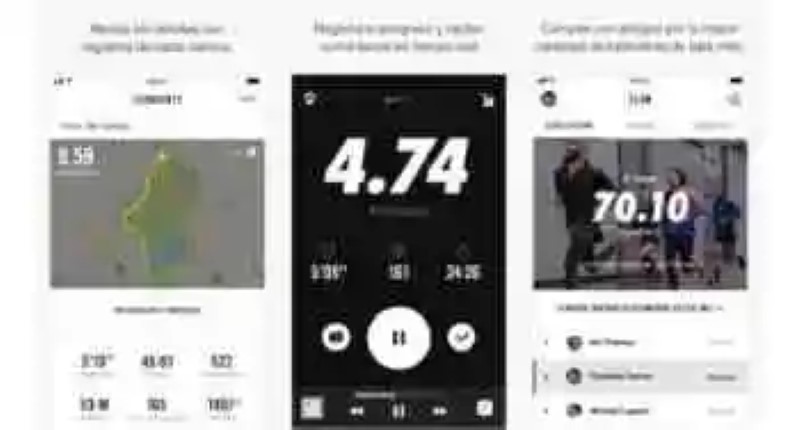 Nike unveiled this week an update to its app, Nike+ Run Club for iPhone and Apple Watch. This new version includes new features such as Audio Guided Runds, Activity History and more.

For the iPhone version 5.9 of Nike+ Run Club account with a new feature called Audio Guided Runs which allows you to run with coaches and athletes in a series of exercise sessions guided. Each session features a special playlist. It also has support for Cheers of friends, letting them know that you will come out to run and to send you greetings of motivation.

For the Apple Watch also offers support for Audio Guided Runs and Cheers. It also has support for Activity History, which enables you to view the last five sessions of running on the clock. For users of Series 3 there is also support for elevation data to exercise without iPhone.

The application Nike+ Run Club is available in the App Store and is free of charge.

Whirlybird, the game Google Doodle Jump android you already have on your phone
Lose the connection in the mobile is a small consolation if he was open...
Does it affect the hemisphere actually sense that the water tour?
We show what the Coriolis effect, which explains the direction of rot...
Netflix and BBC unveil the first images of the ‘Dracula’ from the creators of ‘Sherlock’
One of the iconic characters of horror is about to rise in the imminent...
The actors of Harry Potter Then and Now
Fans of Harry Potter: the first film was released in 2001, yes, 14 ye...
Bibliography ►
Phoneia.com (October 4, 2017). Nike+ Run Club launches new. Recovered from https://phoneia.com/en/nike-run-club-launches-new/

This article was published by Phoneia, originally published in English and titled "Nike+ Run Club launches new", along with 18986 other articles. It is an honor for me to have you visit me and read my other writings.
◄ Super Power: Nintendo SNES Classics will be released on the 20 of October
The data theft to Yahoo in 2013 affected 3,000 million accounts, triple the amount announced ►