Pilar Bernal: ’11 Bits are reporters virtual’ of the war.

At the meeting, which was held in 2013 at the independent study Polish 11 bit to decide what was to be his next game the director of the study, Grzegorz Miechowski, spoke of a story he read about survivors of the Bosnian war in Mostar. Thus was born the germ of This War of Mine, which was released on PC in 2014, in 2015 for mobile devices and in 2016 for Xbox One and PS4 with great reception among the critics and the players: only two days after being released the game had already recovered the study investment made in the development.

day 27 comes to Switch This War of Mine Complete Edition, which this morning has presented Nintendo with the presence of the screenwriter Pawel Michowski; the chief designer of the Switch version, Tomasz Tomaszewski, and the veteran war correspondent Pilar Bernal, who has explained that he has connected emotionally with the game so much that it reminded him of some of the conflicts in which he has worked. 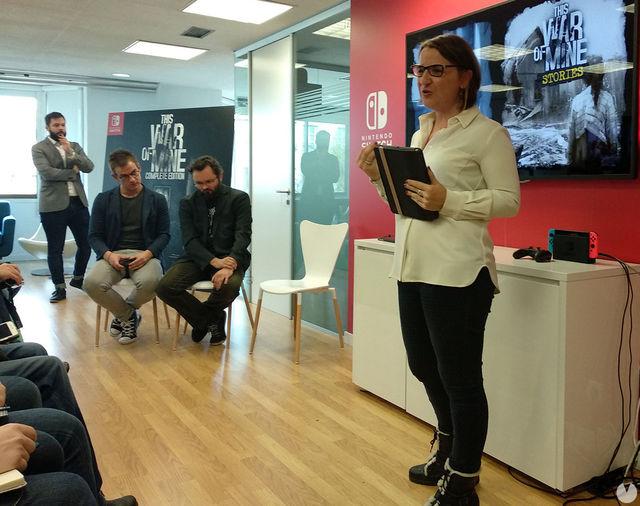 “In a war, the NPC’s and collateral damage are real people”

One of them was the Iraq War, which began using the expression “collateral damage” to refer to civilian casualties, something that Bernal has been compared with the NPC of a video game. But in the war, has stated, “the NPC and the collateral damage are real people, with first name and last name” and the work of the journalist is to be on the side of civilian victims of the war. In this sense, has said Bernal, 11-Bit became “reporters virtual. Have been successful by placing the camera to see it from another point of view,” the war, which is normally the video games presented from a position that idealizes war. “When in other games you go from sniper to me gives me a cold sweat, because I have seen a sniper shoot a person of truth, and when you’ve seen it already don’t forget it,” he said.

This War of Mine the player is an inhabitant of Sarajevo during the Bosnian War. The city was besieged for 44 months, between April 1992 and February 1996, and killed more than 12,000 people in it, most of them civilians. The protagonist must search for resources to survive, to defend them of other inhabitants of the city who also are hungry and need medicine and while avoiding the snipers. 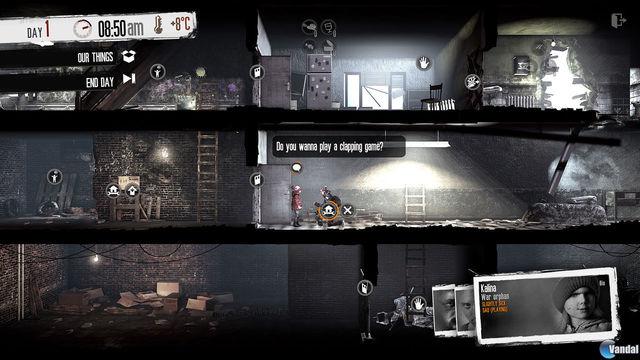 11-Bit gave priority to the concept of the game and held him around the gameplay. Pawel Michowski has explained that they decided to be a game about normal people and as close as possible to the reality, so that they proceeded to acquaint himself with the photographs and videos that are in the virtual museum of the siege of Sarajevo and speaking with survivors of the World War II to know first-hand the effects of war on the civilian population, from heroic stories in which a citizen puts his life at risk to help strangers to the boredom of the children damned to be, for months locked up without leave to avoid being shot.

developers are among the characters of the game

To enhance the realism of the members of the study were scanned in 3D and included as characters themselves, their women and their children and their friends: “change the names and the biographies, but we are, consciously, because we wanted it to be real people, a few with tummy, others tall, others fatter, a few young people and other elderly people,” said Michowski. 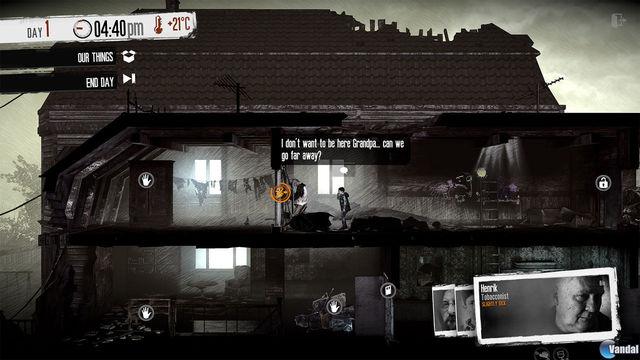 With the same intention of realism, there is no tutorial ‘because in real life there is no tutorial, you find yourself suddenly in a difficult situation and you have to figure out how to survive”, because This War of Mine is not a simulator of a war experience, it’s a game of survival in a war. 11 Bits also decided to put the player in unexpected situations “because over the years the survival have coached the players in a certain way in which, for example, you see the whole world as an enemy. There to take out the player of that comfort zone”, has directed, and has been remembered as on the forums many people asked for the special skill of a character who before the war was professor of mathematics, “you do not have, is not good for nothing because he was a mathematical theorist,” added the writer. 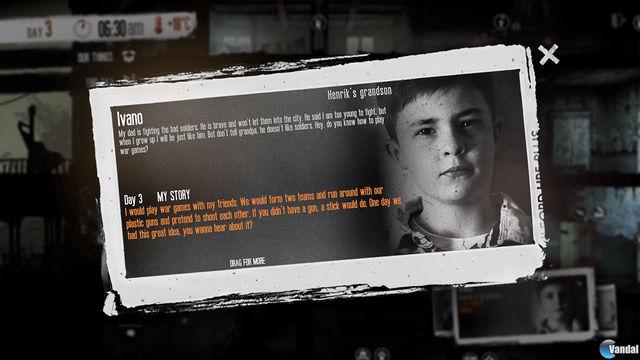 Not all video games should be fun

This realism serves to the player to establish emotional ties with other characters and worry about your destination, sometimes it is very hard; not in vain This War of Mine falls within the line of games with background anti-militarist as a Specs Op: The Line. To ask Michowski by the reactions that have been found during these years, has responded that the most talked about emotions, since the game had been a catharsis, vital, as a young man who had the intention of becoming a soldier, and changed his mind after playing, others have felt anger or rage and a girl wrote to them saying that the game had helped her to understand some of the attitudes of his mother, who had lived through the Vietnam war. And also remember, negative reviews that criticized the game was not fun: “I strongly disagree with the idea that games have to make grace, there is room for all. If games are a form of art, you can do what you want, depends on your creativity.”

Although the game is set in Sarajevo, Michowski has stressed that his intention was to show what happens to civilians in war, any war, “no matter which war it is, you’re the victim”.

Shortly after the game’s release on PC, 11 Bit pulled out a downloadable content with new visual elements whose incomes intact are for the british NGO War Child that helps children displaced by the war. In the initial campaign, the fundraising allowed aid to 350 syrian refugees in Iraq and Jordan. 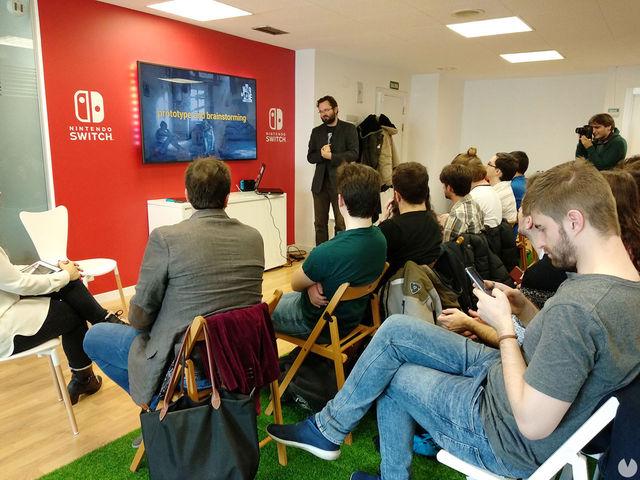 To Switch comes the most complete version of the game. Michowski is aware that it is an unusual game in Nintendo consoles, but considers that “it’s a console for everyone, not only for the children, also for parents and This War of Mine is an experience series for adult people, and that adult people have the Switch”.

Tomaszewski, the charge of the port, has explained that it has been difficult technically and, above all, has modified the user interface, which is the same in the laptop mode and in which you use the television, has been clarified. 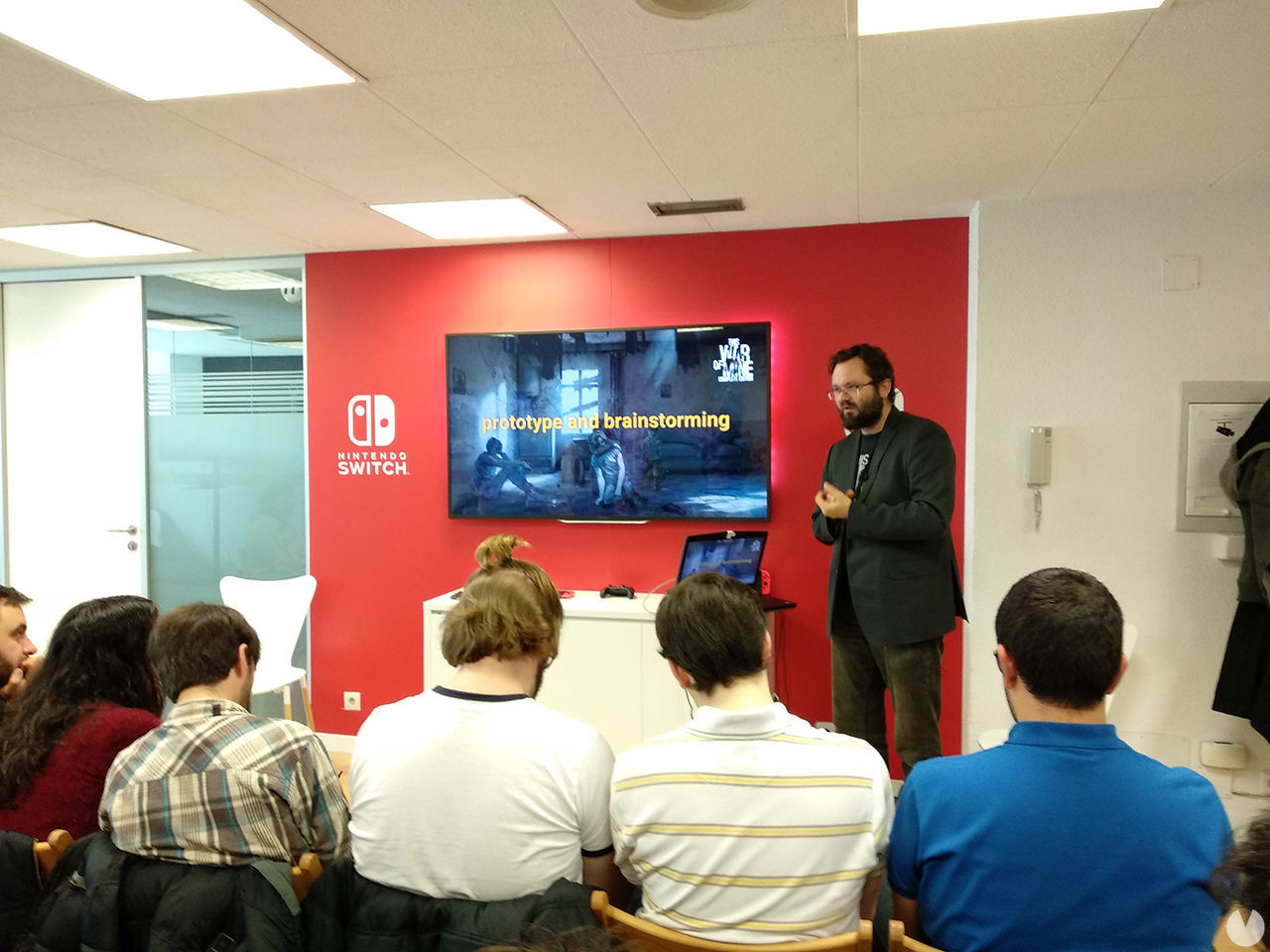 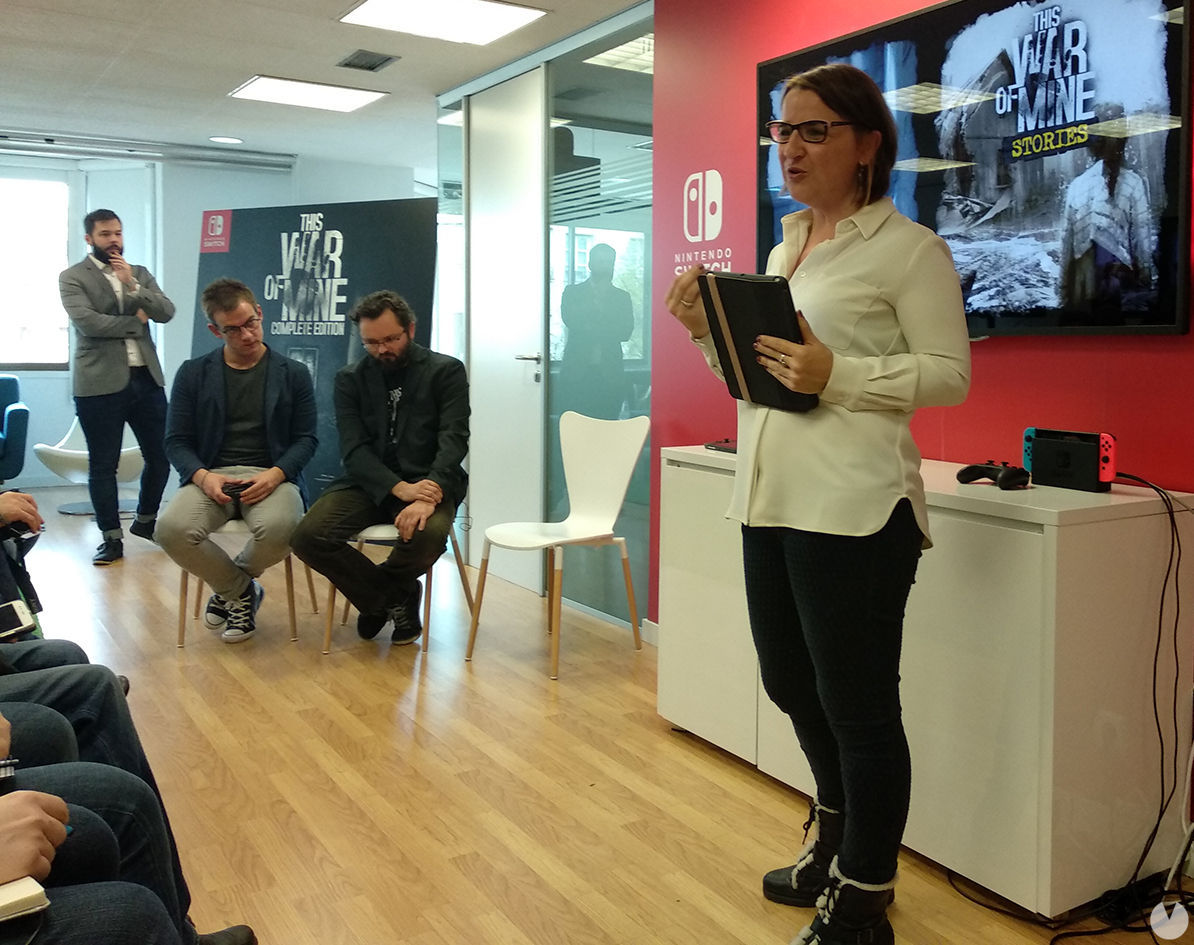 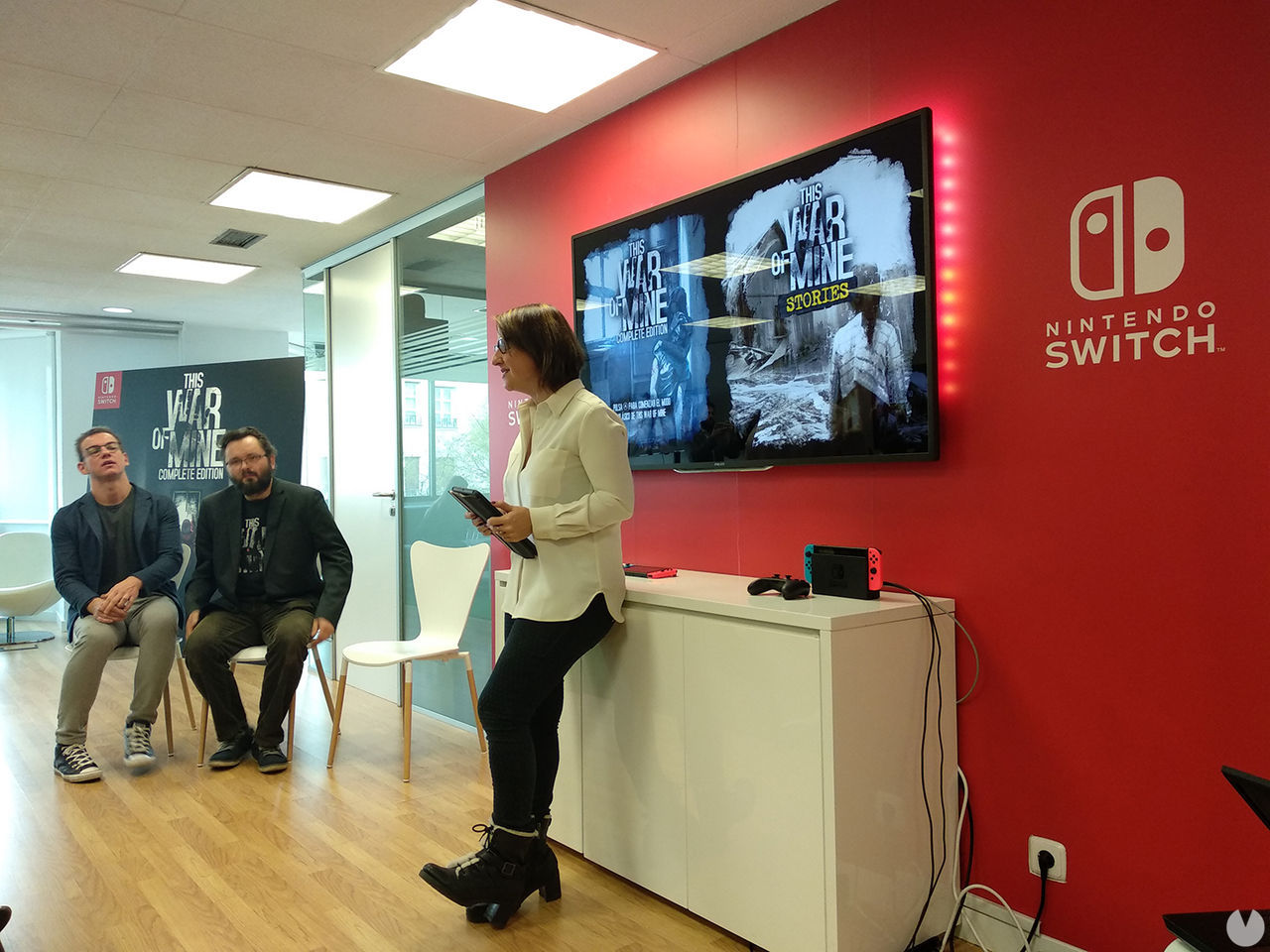 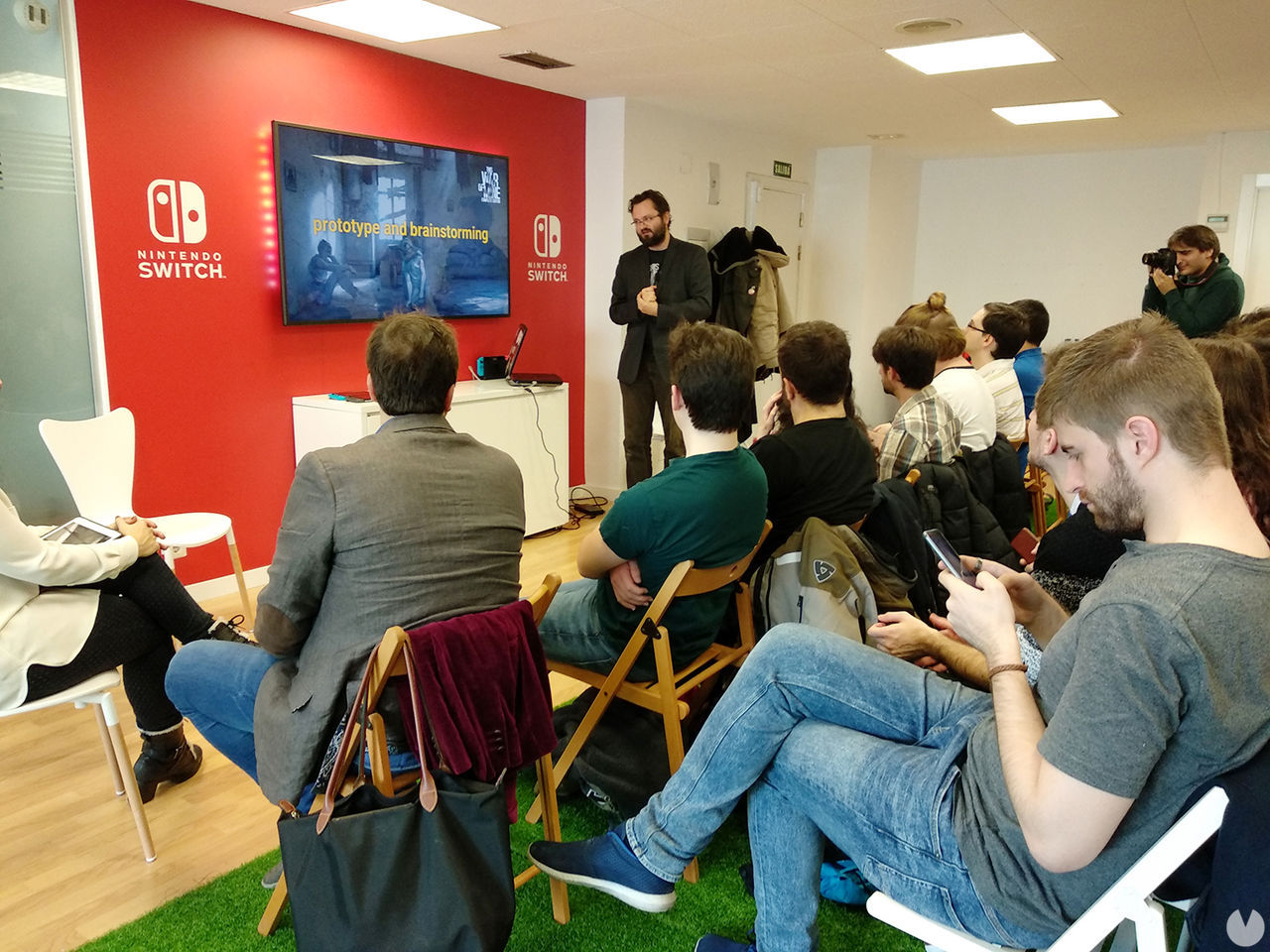