No, the gala of the Oscars 2018 has not been the least view of the history of the awards of Hollywood 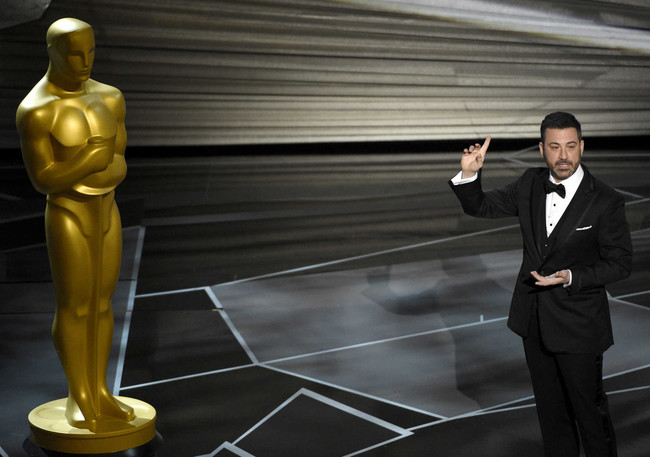 The data can seem to be devastating: the relay of the Oscars 2018 on ABC last Sunday had an audience of 26.5 million viewers in the US. Soon, the media jumped alarms: are the least seen of the history of the awards Hollywood. The typical data false is true only if we limit the scope of the gala of the Oscars.

it Is evident that we can not deny that it is the ceremony less seen on television in the US from which are broadcast the Oscars. But the case is that they are not the Oscars less seen of the story. On this occasion, it is only so if we have the hearing of the US… and even then there is taking it slightly with pliers. But that doesn’t seem to matter nor the media nor the president Trump, who used to joke about it:

Lowest rated Oscars in HISTORY. Problem is, we don’t have Stars anymore – except your President (just kidding, of course)!

The Oscars less seen in the history. The problem is that we no longer have stars – except your President (just kidding, of course!)

Jokes aside, let’s dissect why it is false that it is the gala less view of the history: first, we note that the model of hearings has changed through the years and the data of the direct and the “same day” have lost the relevance that it had for years, when the traditional broadcast was the only way to watch the ceremony. The Oscars could be seen also by the application of streaming of ABC and, the platform has not revealed the viewings they have had in digital.

The first televised broadcast of a ceremony of the Oscars corresponded to the 25th, 1953. The ceremony, which was crowned best film at ‘The greatest show in the world‘ gathered in front of the tv to an estimated audience of 34 million viewers on NBC. Some sources are more generous and speak of 40. Since then, the ceremony of the Oscars has been moved always around that range of the three or four tens of millions of viewers.

Neither of these 26 million to take account of the relay international, to little as it may be, would exceed widely the data of the period in which the signal did not go out of the US. The Academy of Hollywood takes to relay the ceremony of the Oscars way international since 1969, and has spent years proclaiming that the awards have a global audience of hundreds of millions viewers in 225 countries, even on occasion came to say the billion.

Another fact with which it is true that there is to be a little skeptical and that in a report by the Hollywood Reporter were not able to shell due to the opacity of these figures of hearing, in according to which countries (in Spain, for example, Movistar does not provide the data). In fact, in 2015 alone found data to say that the global audience of the Oscars was approximately 69 million viewers.

If we focus on the american continent we find Canada, with 4.5 million on CTV, what we already do to overcome the barrier of 30 million. In Mexico have not left still audience data for TV Azteca, but these tend to move around 3-4 million viewers, which, added to the approximately five that meet every year in the rest of Latin america already exceed 34 million of the Oscars in 1953.

There are, it is true, a tendency to the editions in which there has been major blockbusters between the tape best picture nominees have less impact at the level of the audience and, in general, media noise. There we have the clear example of the year of the ‘Titanic‘, with a thickness of 57 million viewers in its relay u.s., 17 million more than the years of ‘The English patient’.

Another factor to take into account when looking at today’s hearings is that these 26 million spectators are in a context in which free tv live has lost the force that had for years. A decade ago yes that would have been a fact quite a bit more alarming now, when any relay you exceeded quietly the 10 million viewers.

Just compare, in addition, with the data of hearing of the ‘The Walking Dead‘, a series that has had to compete in the latest editions. The episode this Sunday also presented, following the line of the season, a few data poor compared with those who did last year. The episode of the Sunday of the Oscars 2017 was around 10 million viewers, compared to the 32 of the awards. This year the number has dropped to 6.78 million of spectators.

The audience of the Oscars is in a context in which the consumption of television is changing and, dare I say it, this downward trend is going to continue for a long time. This does not mean that the coming year will be still less seen, but I bet they are going to stay in a range around those 25-35 million viewers.

What is Nintendo Labo? The best way to approach the children, from home, the world of robotics

–
The news No, the gala of the Oscars 2018 has not been the least view of the history of the awards Hollywood was originally published in Espinof by Albertini .