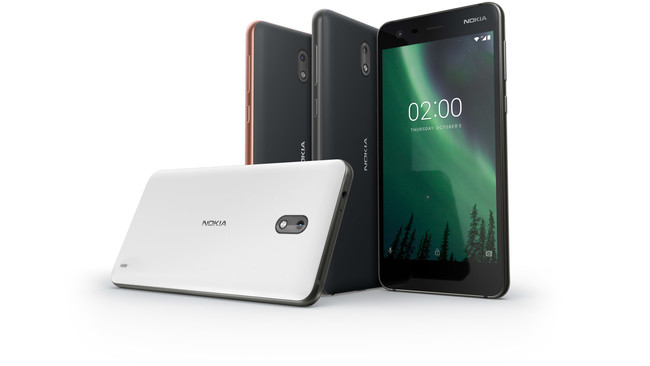 2017 has been the year of the return of Nokia hand Android, a year in which they announced a new line of smartphones that cover the range of input with the Nokia 3 until the high range with the Nokia 8 and the newly introduced Nokia 7, but still missing one member to complete the family. We had a lot of time speaking of this smartphone, and has finally left the uncertain terrain of the rumors to become official. We talked about the Nokia 2, the simplest of the family.

The rumors were not mistaken and the Nokia 2 is the latest model to join the supply terminals of the firm. The terminal, which as we said is placed in the first tier of the catalog of Nokia, has been announced at an event in India, and has a technical profile very content, but putting special emphasis on the autonomy with the promise of two days of autonomy and, above all, the price. These are all the details of the new Nokia 2.

technical data Sheet of the Nokia 2

Aluminium and polycarbonate with a panel of 5 inches

The design is one of the points that Nokia stands out of your new smartphone, returns to bet for a line-of-sight and the combination of materials that we have already seen in other terminals of the series as are the Nokia 3 and Nokia 5.

The Nokia 2 has a chassis made of aluminium 6000 series, the same material that carry the most advanced models of the series and many high-end, but in this case is only present in the framework.

the rear of The terminal is covered by a piece of polycarbonate, while the front features a sheet of glass Corning Gorilla Glass 3.

Speaking of the front, the Nokia 2 mounts a panel LTPS of 5 inches with HD resolution, which translates into a density of 293 ppi, a setting that reminds us that we are before a terminal more simple, but which nevertheless should be more than enough for a good experience

Large autonomy and full software, too basic in everything else

If we raise the hood of the Nokia 2, we find a technical profile pretty basic, starting with your processor. Nokia mounts the Snapdragon 212, one of the simplest models of Qualcomm which has 32-bit architecture and four cores at 1.3 Ghz. Accompanying GPU Adreno 304, and only 1 GB of RAM. The internal memory also reminds us that we are faced with a range of entry and is only 8 GB, so the use of a MicroSD will be almost mandatory. About the memory upgrade, Nokia leaves us to install a card of up to 128 GB. 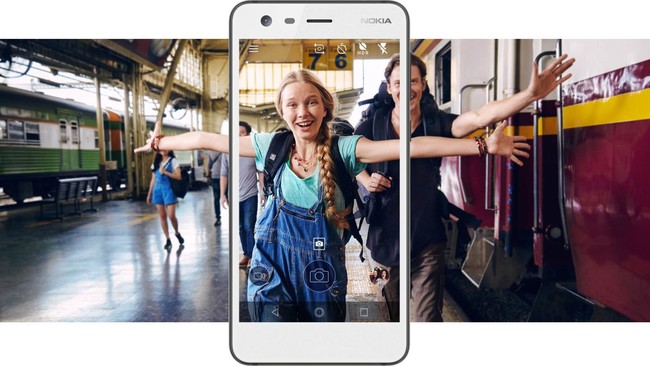 The cameras are according to the level of specifications of the terminal. We have a sensor rear 8 megapixel camera with auto focus and LED flash, while the front facing camera drops to 5 megapixels, and has a system of fixed focus. Nokia has excelled in the performance that they have achieved a good image processing, but we are left with the urge to see more details about it and, seeing the technical characteristics, we do not expect great results, but will have to wait to test it thoroughly.

Where we will be more the day will be in the software, at least if you compare it with terminals of its price level. The Nokia 2 exits series with Android 7.1.1, and the signature you have promised that you will receive Oreo coming soon, something that can not boast of other devices of less than 100 euros. In addition, this model features Google Asisstant serial, another clear advantage for a terminal of its level. 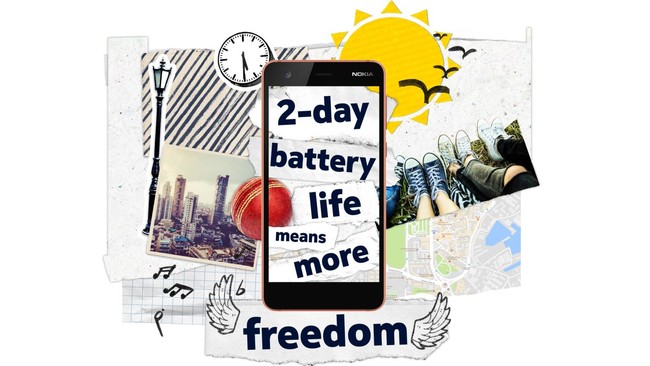 But without a doubt the strong point of the Nokia 2 lies in its battery. Taking into account the basics of your technical data sheet, these 4.100 mAh sound very well. Nokia is going strong and gives a few figures: two whole days without visiting the plug. Minipunto for the Nokia 2.

Versions and prices of the Nokia 2

Yes, the kid of the range Nokia is a mobile phone, very simple, maybe too much in some points such as the processor or the RAM, but with these characteristics is expected at a price very tight, and here meet.

The official price of the Nokia 2 is 99 euros.

On the versions available, there will be a Dual model SIM that does not know the price, but everything indicates that you will be limited to some regions. Where we can choose will be in the color, here Nokia offers four options: silver, silver and black, copper, or copper and white. Will be available as of mid-November.

More information | Nokia
Xataka Android | Nokia 8, analysis: a powerful colossus with camera Zeiss created to try to return it to Nokia your greatness

–
The news Nokia 2: two days of autonomy, Google Assistant and timely updates for less than 100 euros was originally published in Xataka Android by Amparo Babiloni .