Nokia explains its upgrade process to Android 9 Foot with an infographic in the form of a recipe
Charles Darwin (12 February 1809 – 19 April 1882) was 12 February 1809 in London, England. Scientist, Biologist an...

it is no secret that one of the big problems of Android is the time it takes in getting the updates the majority of users. Without going more far, the latest version of Google’s operating system, Android 9 Foot, was presented the past month of August and he was barely present in a 0,1% of devices at the end of October.

a few months Ago, Sony released an infographic that summed up very well the complicated process of an Android update. HDM Global has followed their example and has shared other fun infographic in the form of a recipe (which you can see here) to explain the procedure in different steps.

So you prepare the “cake” in the kitchen of Nokia 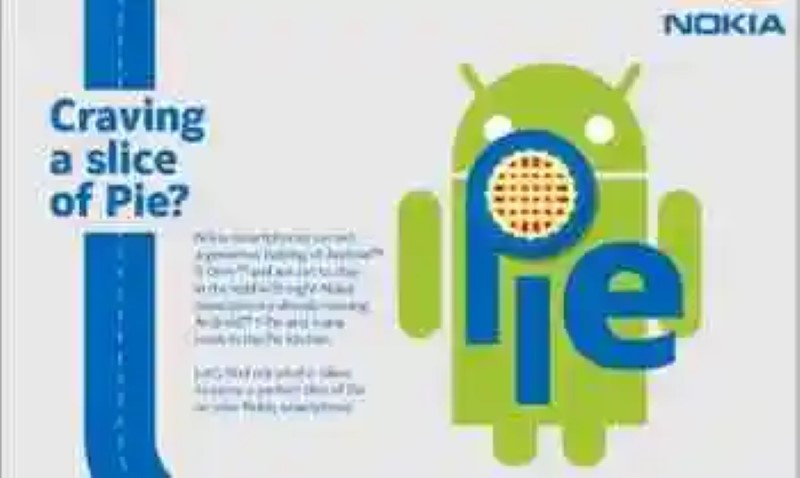 The infographic begins with a question clear and concise: do you want a slice of the pie? After affect that there are eight models of Nokia that already work with Android 9 Foot and many more are “in the kitchen,” begins the recipe for the cake itself.

The first step consists in the delivery by Google of the software code Android 9 Foot, that is to say, Google has to release the source code of the OS. Here, we find a council of the chef: obviously, this launch comes before the partners are “preferred” in Google and in this sense the Android devices One have a big advantage. 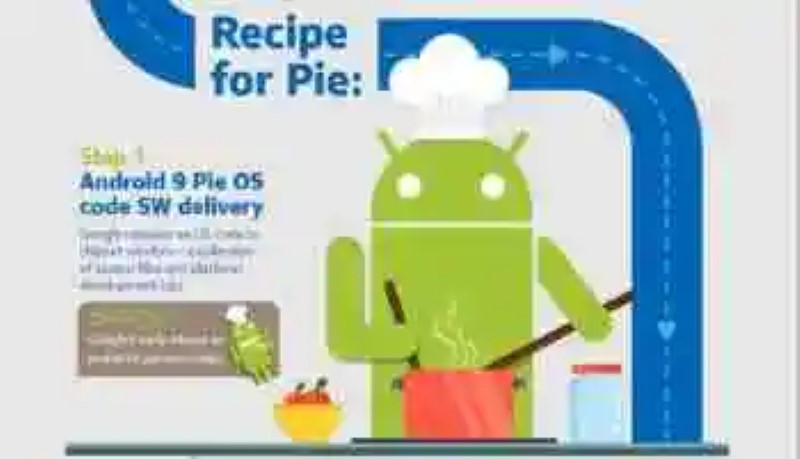 The responsible for the second step are manufacturers of processors, you must get the platform to work seamlessly with each set of chips. The reason that a particular model is updated prior to another many times responds to the priorities of those manufacturers at the time of establishing the list of processors that are to be updated.

Then comes the turn of the phone manufacturers (in this case, Nokia), that give you “your touch” to the Android version adding features and exclusive features in the software. Here, Nokia makes it clear that, by not including bloatware and layers of customization, ensures that their phones are the first to upgrade to Android 9 Foot.

We now proceed to the fourth step of the recipe: the phase of testing. On the one hand, carried out the field tests of the services offered by the operators (including voice calls, Internet, navigation, video streaming, VoLTE, SMS, etc); in parallel, both the engineers and the team of laboratory of Nokia subject the phone to thousands of tests. There is when you enter in game the beta-testers of Nokia, which are recorded in the corresponding programs to assess pre-official and help improve them. 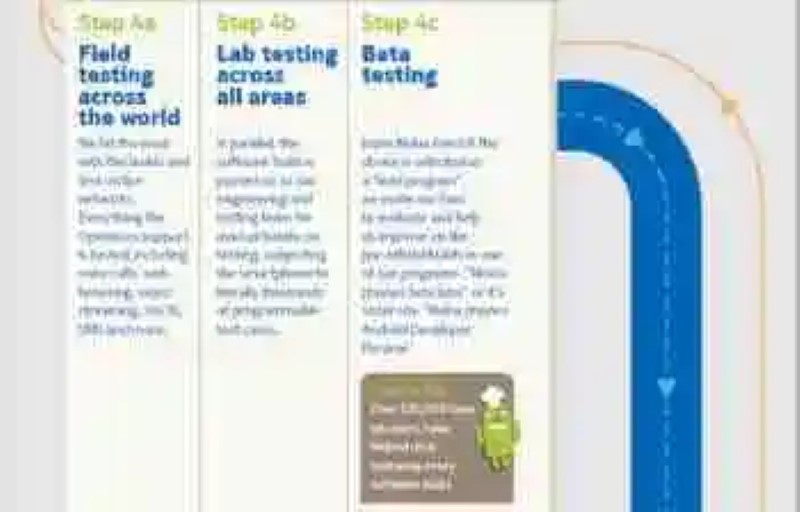 In the event that any test fails, return to steps 2 and 3. If all goes well, we go to the fifth and last step of the recipe: “Garnish and finishing touches”. Nokia reviews everything to make sure that the terminal works fine when you update and verify that the new software meets the rules of accordance of the corresponding standards, which can vary according to the region (although the most common are the Bluetooth and the WiFi). 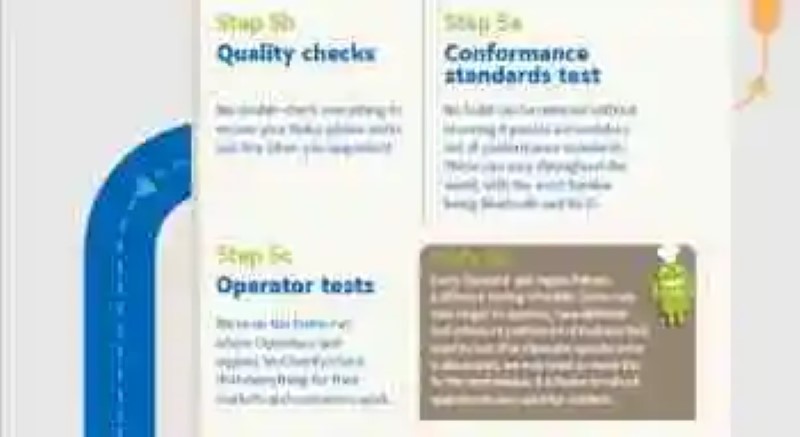 Also participate in this step the operators, to prove and verify everything. Here each operator and each region follows a different timetable and a few different criteria. If a specific error is discovered by the operator, delayed the release of the update, so it is faster to deploy new versions in markets where operators are not. 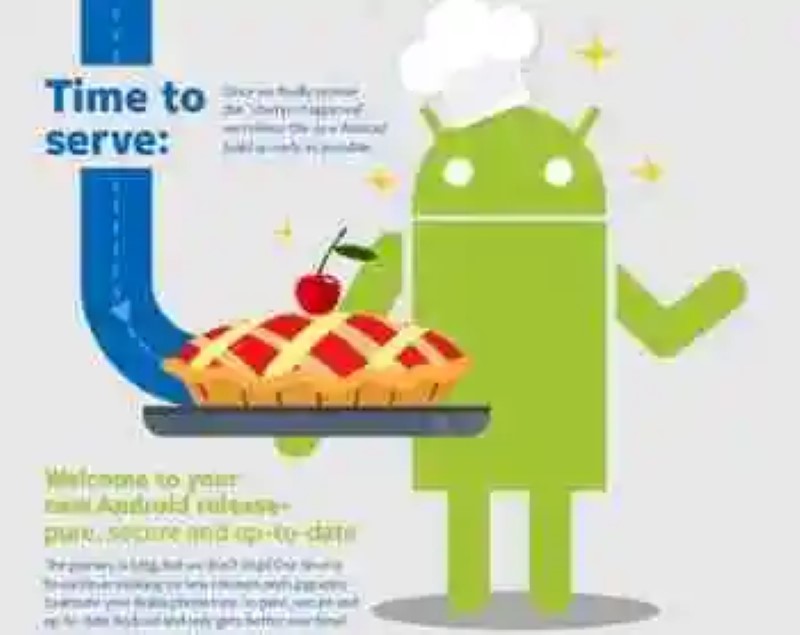 If something fails in a fifth step, we return to the room; if not, it is time to serve the cake and we can welcome to the new version of Android. As we see, the update process is long and complicated, but, according to Nokia, it is the only way to ensure that our phone to function properly with an operating system, pure, safe, and updated.

The Nokia 7.1 begins to be updated to Android 9 Foot

–
The news Nokia explains its upgrade process to Android 9 Foot with an infographic in the form of a recipe was originally published in Xataka Android by Laura Sexton .

Phoneia.com (January 12, 2019). Nokia explains its upgrade process to Android 9 Foot with an infographic in the form of a recipe. Recuperado de https://phoneia.com/en/nokia-explains-its-upgrade-process-to-android-9-foot-with-an-infographic-in-the-form-of-a-recipe/

◄ Now available the demo of Resident Evil 2 Remake on PC
Yoshi’s Crafted World will occupy 5.6 GB in their version of digital download ►