Nokia has published its calendar of updates to Android 10: these are the mobile phones that updated 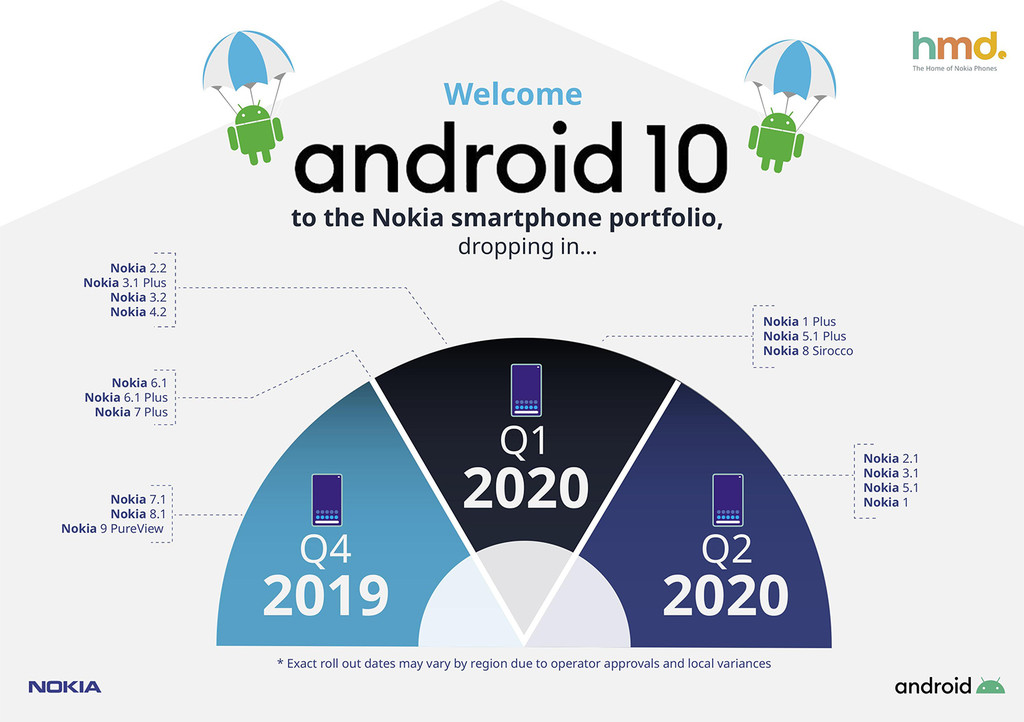 Coinciding with the presentation in society of Android 10, HMD, Global, company in charge of the mobile of the brand Nokia, has released its calendar of updates. In it we see not only what mobile will receive the new version of Android, but a date more or less approximate.

The first to make them will be your high range with five cameras, the Nokia 9 PureView, par Nokia 7.1 and Nokia 8.1. We will continue to the mid-range models by the end of 2019 and in the first half of 2020 will be the turn of the rest of his catalog. You will find below the dates and models in detail.

“The users are not prepared to spend 1000 euros year after year in a new mobile”: Florian Seiche, CEO of HMD, Global (Nokia)

The mobile Nokia that updated to Android 10

To give you an idea, the quarters that we are considering correspond to October-December, January-march and April-June. Between October and December, before the end of the year, you should update the Nokia 7.1, Nokia 8.1 and Nokia 9 PureView, something that makes sense taking into account that are of the most recent and advanced of the portfolio of Nokia.

by the middle of next year, Nokia intends to have updated its entire catalog of current devices

Since tucked in 2020, at the beginning of march if we stick to the infographic HMD, Global, the Nokia 8 Sirocco, Nokia 5.1 Plus and Nokia 1 Plus will receive their ration of Android 10. The last will be the Nokia 2.1, Nokia 3.1, Nokia 5.1 and Nokia 1, which will be updated by mid-may more or less.

–
The news Nokia has published its calendar of updates to Android 10: these are the phones that will be updated was originally published in Xataka Android by Jose García Nieto .

Nokia has published its calendar of updates to Android 10: these are the mobile phones that updated
Source: english
August 23, 2019