The actor’s Death Stranding, a celebrity after the success of The Walking Dead, talks about his relationship with the creative japanese and their work in the next game of PS4.

is just around the corner. The enigmatic video game Hideo Kojima, today has released a spectacular launch trailer, will be led by Norman Reedus, one of the figures most beloved and recognizable on the small screen after his success with The Walking Dead, the series of AMC. The actor, who has collaborated with the creative japanese for more than three years in the game, which will be out on November 8, PS4, has provided many compliments to the director in a full interview granted to The Hollywood Reporter. And yes, is not the first time that we hear something as well.

“I Met Hideo for the first time when Guillermo del Toro he called me and said, hey, there is a type that you are going to call and want to make a video game with you. Only say yes. I said, who is he? And he said: trust me, just say yes,” says Reedus of the cited means. “Guillermo gave me my card SAG and my first job as an actor and trust him everything. I knew that this guy would be good, especially if William I insisted so much”, he insisted. “Back then, Hideo, Guillermo and I were going to do another game, a game of Silent Hill, but Konami and Kojima had a fight and everything was stopped for a time,” lamented Norman Reedus, who speaks of the failed project , a reboot of the horror franchise from the japanese company, which was not good puerto.

“After everything is reactivated and they told me that Sony had come back to Hideo and that we were going to make a completely new game. I was more excited about this project, if I’m honest, because I remember that Hideo came to Comic-con San Diego with a iPad and I began to show some of the graphics that I was working on, that were mind-boggling. I knew it was going to be a success from the first moment,” says the actor, who never lost faith in working with Kojima. In fact, after touring several studies looking for technology and funding for Death Stranding, father of he did not hesitate a second in meeting with Norman, and to exchange impressions.

“So, well, let’s say I have been working on Death Stranding from about three years ago more or less. I did not know who it was Hideo, he had no idea. I’ve never been a great player. I stayed at Defend, in the eighties. All this industry has changed so much. Yes it is true that I have worked on several video games of The Walking Dead, and is the type of game that you expect, because you know what is it based on, or you know where it comes from. But I have never done anything like this. In my life I would have imagined wearing a suit of motion capture with velcro. It was a real shock, I have to admit it,” confesses Reedus.

“we Shot in a couple of different places: in California, in some places, the things of facial recognition in New York… Always had in mind my location or where I was at that time. Always respected the stops for the filming of the episodes of The Walking Dead or if I had a weekend of rest, in that case was flying and it was when the hours of all being aligned,” he explains on how he coordinated for his role in the video game. “Some of those meetings and filming were with Mads Mikkelsen in the room, others with a Lea Seydoux!, and some other with several of the actors, who are also the game”, he explained.

“you Go in and you put those points on the face, which take an eternity, and it takes even more to become unstuck, and you enfundas in this little outfit that is very revealing, and shameful, and you are completely immobilized. You have a helmet, as in the head that leads as a great arm protruding through the front with a camera. Every time I had to kiss someone or to hug someone, our heads bounce off each other. It reminded Me of something as well as Joan Cusack in Sixteen candles“, he added, between risas.

“sometimes, when filming, the other actors were there. Many times we were just me and Hideo. It gave Me a plastic doll and I said what the acunara and act as if you were dead, and then surprise me and tell me that she was alive. Then I said that I had to enter in full madness and to think that there are handprints everywhere. I was invited to stand and limited himself to tell me that there were a thousand whales killed in front of me, and it is then when you think ‘What ?!’ Your mind is on another level. This guy is a genius, a genius’. “Soon we transcend the touches of the language barrier. There are directors who don’t want to interpret the scenes in a specific way, because I have repeated so many times in their heads that they don’t want to change anything, short-circuited when there is something new. Hideo is quite the contrary. it Is a mind collaborative. Always listens to you. If you don’t say anything, you know that something happens and does not like. It is very fun to work with him. If you ever do a movie or anything else, I would be there in an instant“, he concluded.

Death Stranding will arrive on the 8th of November to the PS4. In Vandal we already have, and we will publish the analysis in the next November 1. 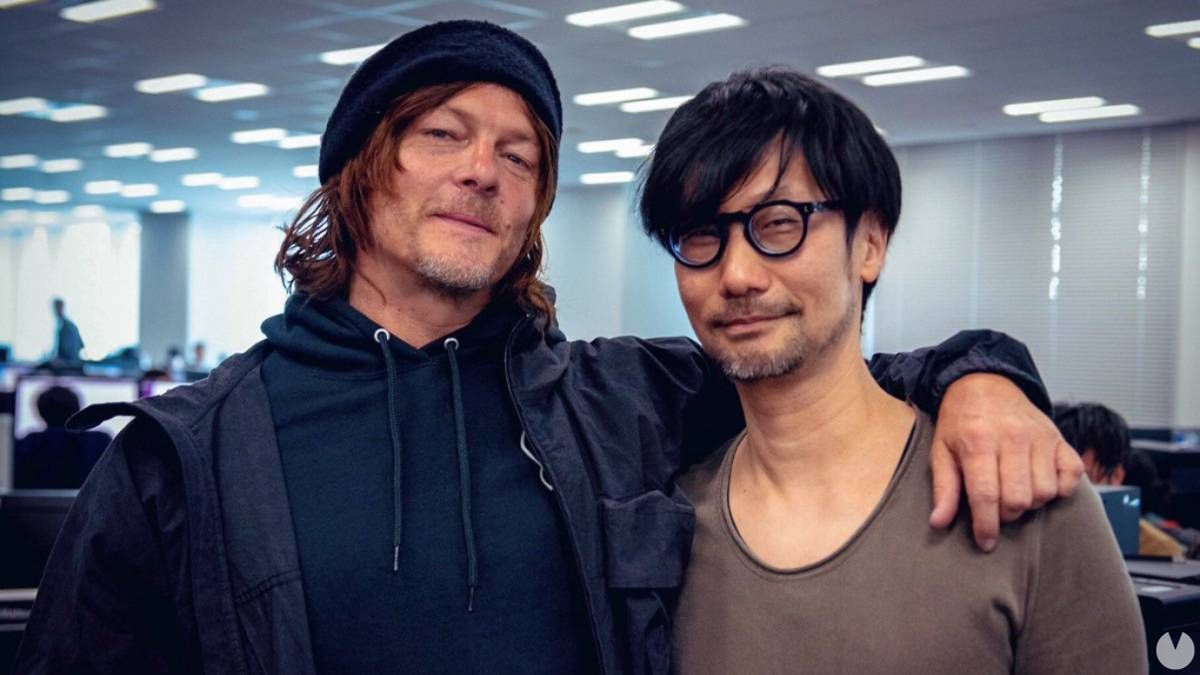