Nubian Alpha: the new smartwatch folding with futuristic design, gold version and with the option of apud esim 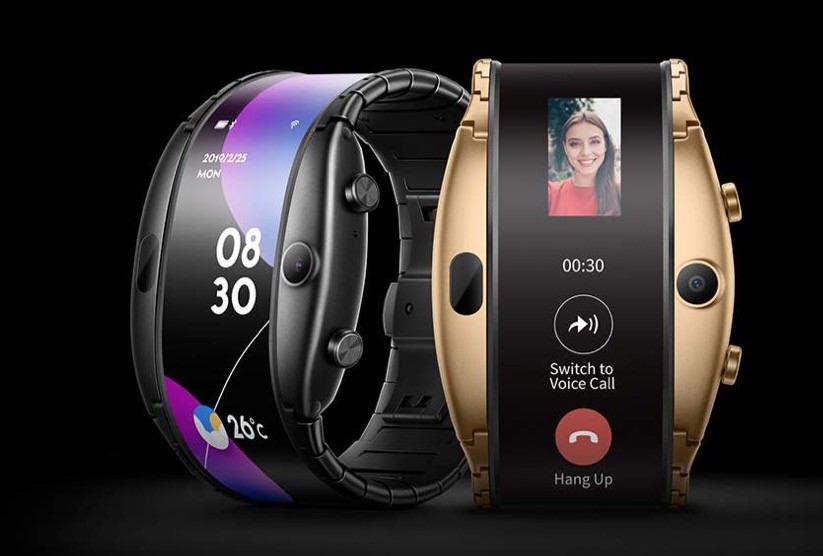 he had Already been time rumoréandose that in Nubia were working on a device folding that could come to this same Mobile World Congress in Barcelona. A device to stand up in the face of the already presented by your competition, such as the Galaxy Fold or Huawei Mate X, and has finally become a reality, but not in the way that we expected. Nubia has unveiled its new Nubian Alpha in Barcelona, a smartwatch folding that not only is connected but works as a clock self-contained.

Because yes, we speak of a device folding. In this case, a clock that can be placed around our wrist and it fits our outline, making a bracelet to touch and with smart features. So many that carries a custom operating system in its interior, and with him we can even record video. Without a doubt, the smart watch more futuristic that we can now see, but that has nothing on the future: the Nubian Alpha is present.

this is the new Nubia Alpha folding 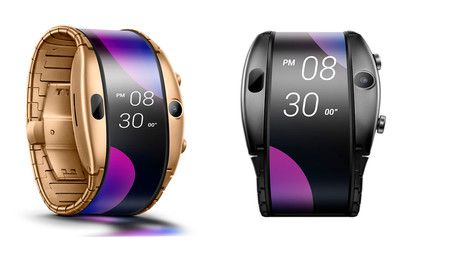 We find, as we said, before a wrist device with flip-down screen. A smartwatch with all of the law, although Nubian advocates also call him a smartphone, because what it is is a watch that you can work completely autonomous, without a mobile near the that depend on, or to connect to.

flexible Screen of 4 inches tested for durability to 100,000 folded

The new Nubia Alpha provides us with a flexible screen OLED 4.01 inch diagonal, and has, according to the Nubian, with a 230% more surface area than the usual watches that we can find in the market. Mostly because your flexible screen has a ratio pan that allows us to extend the information about it. Account Nubia that the screen is built with up to eleven layers to ensure its strength and durability.

The new Nubia Alpha incorporates all the functions of the operating system that Nubia has been developed for the same, and that includes a voice assistant to various connectivity options, something that we can achieve both by Bluetooth as WiFi, and we will have a second option with apud esim that will allow us to have mobile data in any situation.

in Addition to the own gestures on the screen, the Nubian Alpha incorporates a camera that will allow us not only to take photographs with him but also record video. Whether to store it or to send it through apps messaging or social networks. A 5-megapixel camera with a wide angle lens of 82nd and aperture f/2.2 with which we may even be able to make video calls. 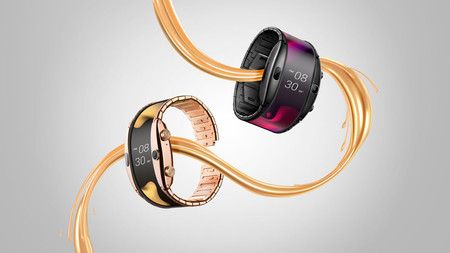 the brain of The Nubian Alpha is the Snapdragon Wear 2100 and is accompanied by 1GB of RAM and 8GB of internal capacity.

The battery is 500 mAh and you must be able to withstand up to two days on standby, although you probably need to charge it daily. To do this we will have a quick charge, by the way.

With a Snapdragon Wear 2100, the Nubian Alpha has a Bluetooth version and another with apud esim

The Nubian Alpha also includes various sensors that will allow us to develop different activities monitored. How to perform sport or to measure the quality of our sleep, and also to measure the heart rate thanks to sensors located in the internal face of the Alpha. The Nubian Alpha has protection against dust and water and the flexibility of its screen has been tested subjecting it to tests of resistance of more than 100,000 folds. The body is made of stainless steel and will be able to buy it in both black and in gold color. In fact, this is a gold plating of 18 carats.

we know Nothing yet about the price of this Nubian Alpha in two versions, Bluetooth, and apud esim, or in its variant in 18 carat gold. We also do not know when it will be available nor which markets will be marketed. We will be attentive to future news about that is, from now, the smart watch with the design of more attractive that can be found.

The Galaxy Note 9 will not come alone: new watch Galaxy Watch and speaker with Bixby to view

Armani Exchange Connected, the first smartwatch touch of the mark is Wear OS, have Google Pay and is submersible

–
The news Nubian Alpha: the new smartwatch folding with futuristic design, gold version and with the option of apud esim was originally published in Xataka Android by Samuel Fernandez .