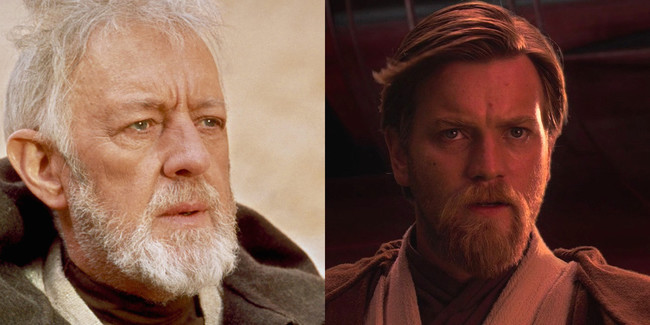 it has long been speculated with the possibility that Disney were working on a film self-centered Obi-Wan Kenobi, the legendary character played by Alec Guinness in the original trilogy and Ewan McGregor in the prequels. Well, Hollywood Reporter just confirm that the film is already underway, and that we are negotiating with Stephen Daldry to be in charge of leading it.

What is certain is that the conversations with Daldry are in a preliminary phase, so they very well could end up being another filmmaker who deals with it. Remember that Disney fired just a few weeks ago to Phil Lord and Chris Miller of the spin-off focusing on Han Solo, making sure that the responsible of tapes as ‘Billy Elliot’, ‘The hours’ (‘The Hours’) or ‘The Reader’ will prefer to approach the project with caution after what happened.

So there is no still official confirmation by Disney, but I imagine that the studio will prefer not to announce anything until he has something solid to offer to the press. In fact, the negotiations are about something that there is rarely a pronouncement, surely because it can develop without pressure of any kind on the part of the comments from the press or the fans.

in Addition, everything indicates that Disney wants to first close the principal ideal prior to developing the project completely, as there is still no script and Daldry would participate very actively in the creation of the story in the case reached an agreement. Another step on the part of the company to continue to expand the universe created by George Lucas, betting on characters already known, and is also being considered for possible solo adventures of Yoda or Boba Fett.

The big question now is to know if you will have McGregor to give life to Obi-Wan. The actor it has been shown willing to do it, but maybe Disney wants to get away entirely from the bad press that they have the prequels in which he participated. However, as he made a small cameo in ‘The awakening of the force‘ (‘The Force Awakens’), so I don’t think that is a problem…

Study vs. Authors: what if the vision of a director, is detrimental to the film?

–
The news Obi-Wan Kenobi will have his own spin-off within the Star Wars universe was originally published in Espinof by Mikel Zorrilla .