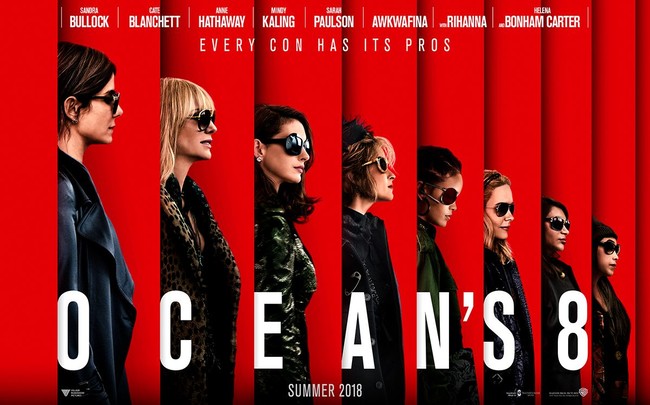 ‘Ocean’s 11’ is a great pastime and also a film with an elegance unusual in the tapes of pure entertainment. The new version of ‘gang of eleven’ not only surpassed the original, since it also got something particularly difficult: that everything will continue working just as well for many times that you see it.

Then came two sequels that were not to the height, and Warner has recovered now the franchise to give it a whirl feminine with Sandra Bullock playing the sister in the fiction of George Clooney in ‘Ocean’s 8’. The formula is the same and the good chemistry between the protagonists helps to viewing is easier, but the result does not reach to what was achieved by Steven Soderbergh, and there are several reasons for this.

You are missing something more than personality 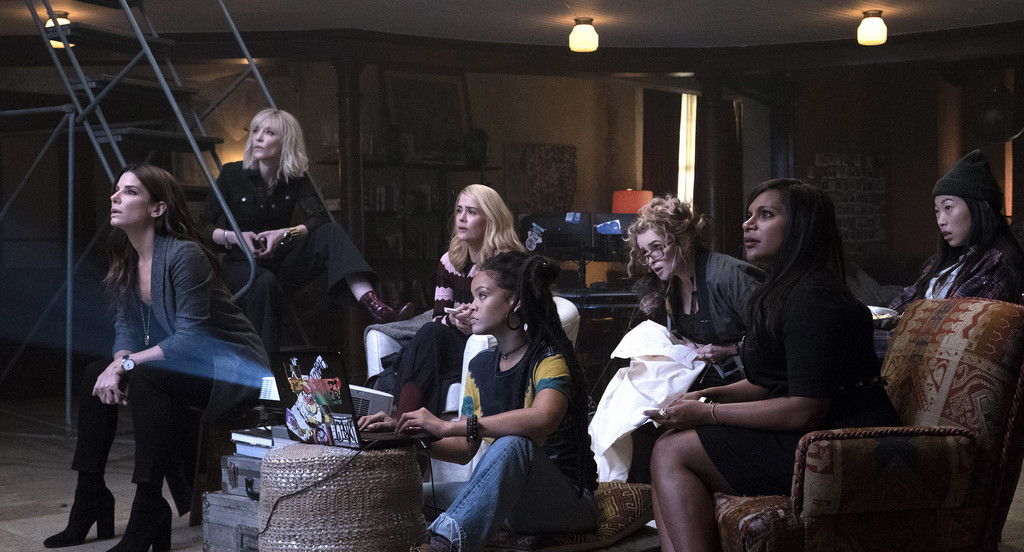 One of the keys ‘Ocean’s 11’ was that Soderbergh was doing a job of staging meticulous, very well reflected by a careful mounting that it was a practically unbeatable of the wipes and other items that distinguished tape similar. It is true that the cast was essential and that the script had the necessary ingredients, but the efforts of Soderbergh were essential for everything to fit.

In ‘Oceans 8’ there is a commitment to a style similar to that of ‘Ocean’s 11’, but one senses quickly that it is lightweight, trying to assimilate what had characterized the three deliveries led by Clooney but without the end of to bet on it until the last consequences. That translates into a good rhythm and a visual finish that keeps in line with the franchise but without getting to really make anything that is set individually in this section.

With this you don’t want to do of least the effective address of Ross, who knows how to fit the film in that peculiar elegance of the saga, and at the same make the evolution of the story to flow in a satisfactory manner. However, their work is more comparable to Soderbergh in the estimable ‘Ocean’s 13’, better than the second but that already showed a certain exhaustion, which in the first delivery. It is the cast which adds a different energy and where it calls powerfully the attention the most will take less-than a… Andy Garcia.

A plan too much fluid 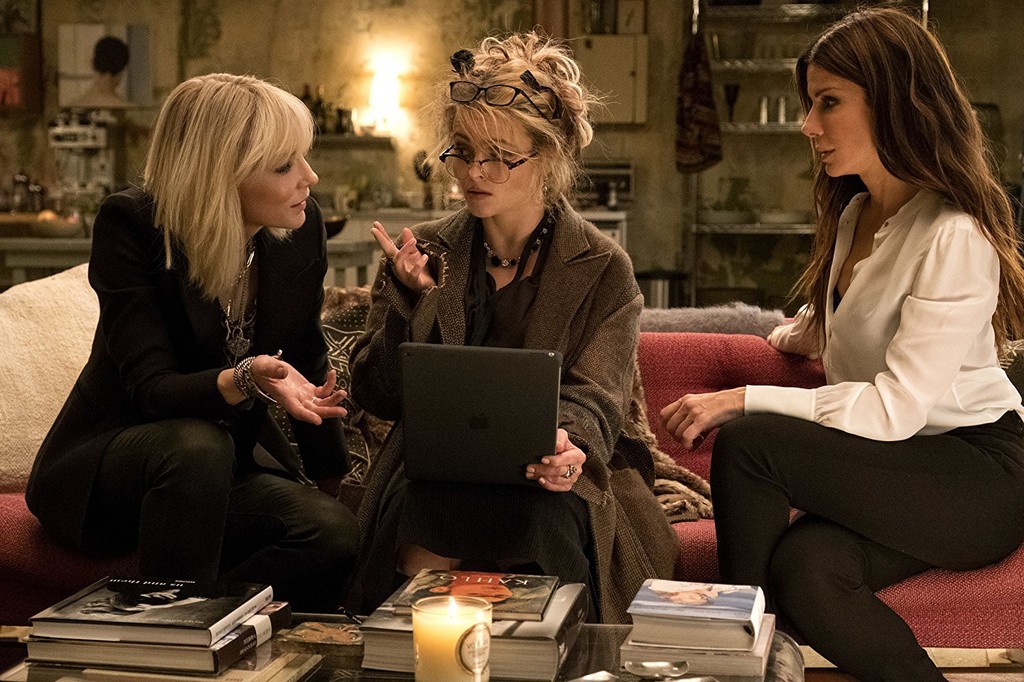 The rivalry between the characters of Andy Garcia and George Clooney in ‘Ocean’s 11’ was one of the essential aspects for that everything went so well, because in addition to introducing a personal element to the theft, something that is also maintained in ‘Ocean’s 8’, they gave the robbers an antagonist entity, which is really made you think that something could get complicated so fatal to the protagonists at any time.

there is nothing in ‘Ocean’s 8’ comparable to the character of Andy Garcia and this has two essential consequences. The first is that the whole plan is executed with a great precision, except with an ease perhaps too big the only true obstacle that arises, so that there is never room for boredom. Things happen non-stop but without atropellarse and all of the actresses have several moments to show off, one of the great strengths of the film and that also was the case with the cast male of ‘Ocean’s 11’. 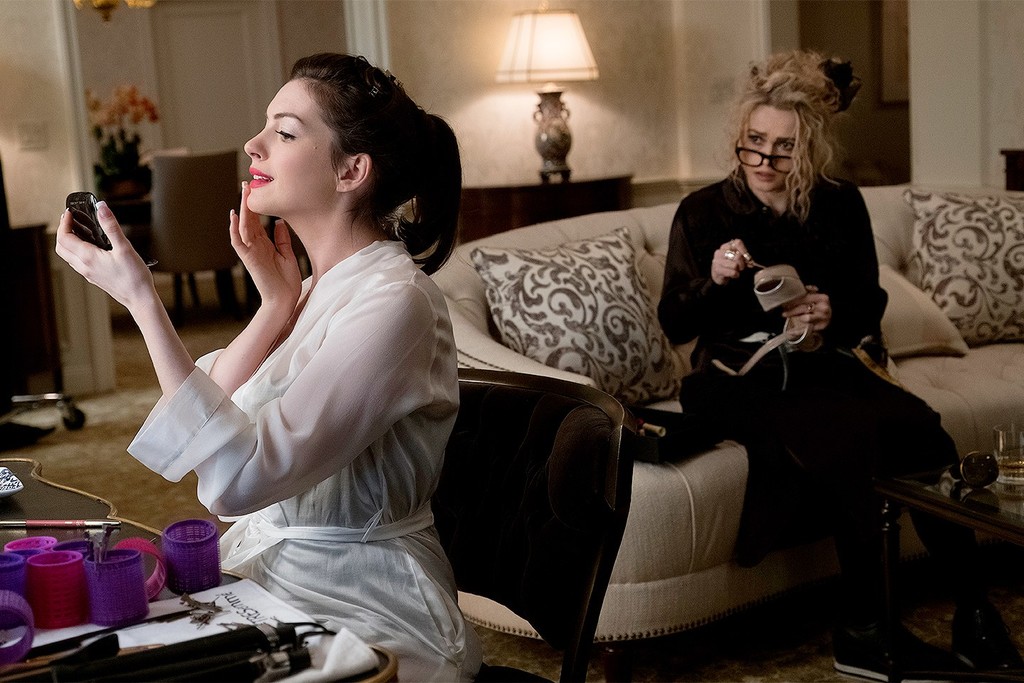 The negative consequence is that it also takes you to the the theft will not inspire any type of emotion. It is not in ‘Ocean’s 11’ was vibrant at that point, but added some nuances very thankful that you came not to obstruct in any time, the enviable pace of the film. Come on, that never comes to pass, there is really something at stake, because it always seems that everything is going to solve with little or no difficulty.

There ‘Ocean’s 8’ relies much on the charm of the atracadoras, led by a solvent Sandra Bullock but then Cate Blanchett to shine more than her and deserves separate mention also a great Anne Hathaway-, and that to some extent compensates for that weakness, but you are left with a certain sense of pastime empty. And is that you have characters that engage and a pace that keeps you interested, but doesn’t finish off the play and that also causes that don’t get stuck with too many eager to return to see them in action.

In short, the ‘Ocean’s 8’ satisfies as entertainment and its protagonists are very inspired in their roles, but something is missing that defines it as an individual entity beyond its female cast. In ‘Ghostbusters,’ they did want it more, or less the movie directed by Paul Feig, but here it seems to not want to risk it and trust it all to that one never gets bored.

Fabulous trailer of 'Ocean's 8', the spin-off female with Sandra Bullock leading a band of thieves

'Ocean’s 8' presumed to be sharing in your fun trailer end: "pass it on as well it is a crime to"

–
The news ‘Ocean’s 8’ satisfies as entertainment luxury but it is far from ‘Ocean’s 11’ was originally published in Espinof by Mikel Zorrilla .