Of Nirvana to Tow: fans of Animal Crossing: New Horizons create their own discs Totakeke

Players from around the world have created their own versions of the disks Totakeke imitating covers iconic in the history of music.

Totakeke, the dog singer-songwriter of the saga Animal‌ Crossing, has reached with a role that looks a lot more than in previous installments of the franchise. The perrete not only appears every Saturday on our island to give us an exclusive concert -after get you to come the first time, yes-but that also has his own catalog of albums that you can buy in TeleNook for both collecting and for play.

Each disc Totakeke has its appropriate cover, and your designs are so good that they have inspired fans of Animal Crossing: New Horizons to make their own versions of albums famous as if they were provoked by the singer-songwriter, canine. Right now Twitter and Reddit are full of great illustrations that mimic the iconic covers of groups like Nirvana, My Chemical Romance, or Gorillaz, as well as artists of the stature of Lady Gaga, David Bowie or Avril Lavigne.

you Can see some of these illustrations under these lines.

Seeing folks doing the KK Slider Album covers… I had to get in on that action. Here’s some Nirvana. (posted it twice so the crop doesn’t kill it) #ACNH #kkslideralbumredraw pic.twitter.com/G7s4KB69BE H0lyhandgrenade (@h0lysarthole) April 21, 2020

My KK Slider album contribution I hope no one did this yet pic.twitter.com/bEqTIoHGla jackie (@drawckie) April 20, 2020

I was like man what should I do today besides draw to kk slider album and then did nothing else pic.twitter.com/AO2MBOujHb emiett (@EmiettScribbles) April 20, 2020

While on an international level, fans of Animal Crossing: New Horizons have searched for references in the musicians most acclaimed of the history, the community has done so recognizing groups and artists patriotic that represent the best of the music of our country. Thus, we find album of Totakeke imitating the albums of Estopa, La Oreja de Van Gogh, C Tangana, Extremoduro, and even The Neng of Castefa.

I don’t know how is called the meme of make album of Totakeke, but to me apuntadme. pic.twitter.com/UHBuNnVZCZ Victor is of the opinion that: (@Afilamazas) April 21, 2020

Making the best album of the history of the music kk version pic.twitter.com/Hcaeq8rLCe theo🧃 (@teosecagaento) April 21, 2020

That no one is set in the excess of blue

you Can see more versions this link. In addition, I recommend taking a look at our guide Animal Crossing: New Horizons to take full advantage of the new installment of the franchise simulation Nintendo, of which we say in our analysis that is “the most ambitious, fresh, and full of the saga”. 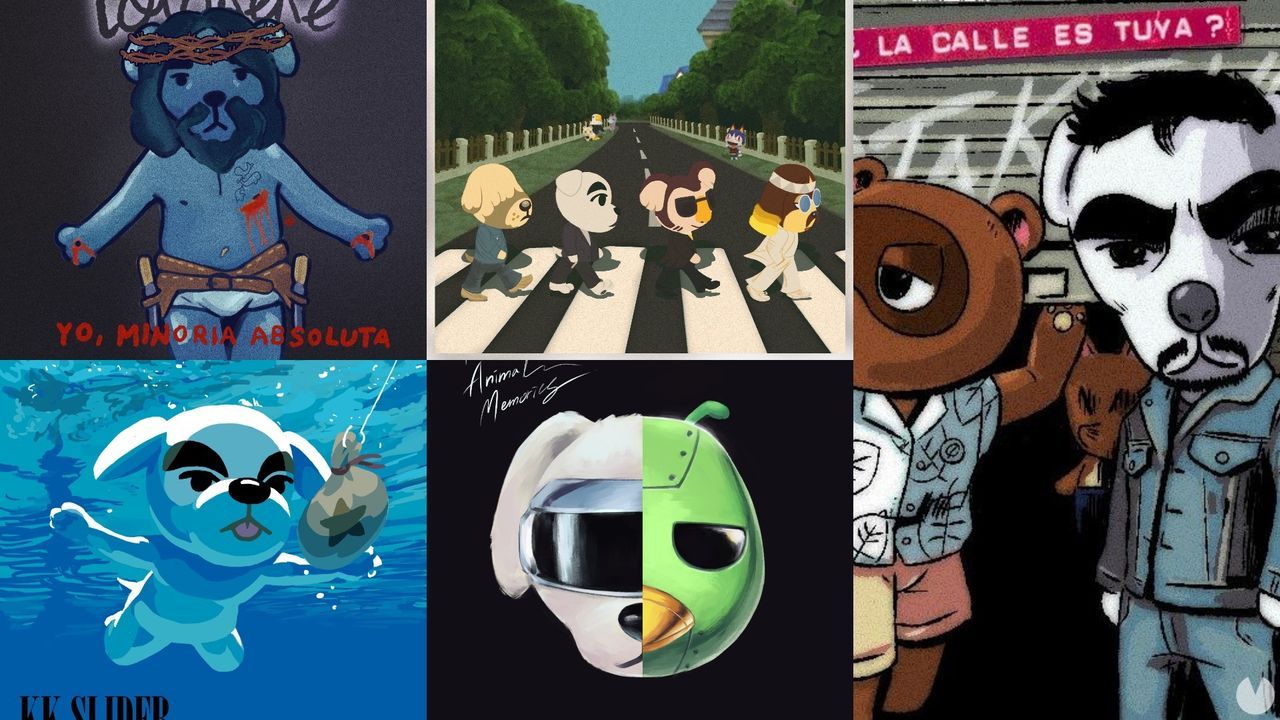