OnePlus 6 and the load is not wireless, or the absurdity of making a mobile of glass and desaprovecharlo 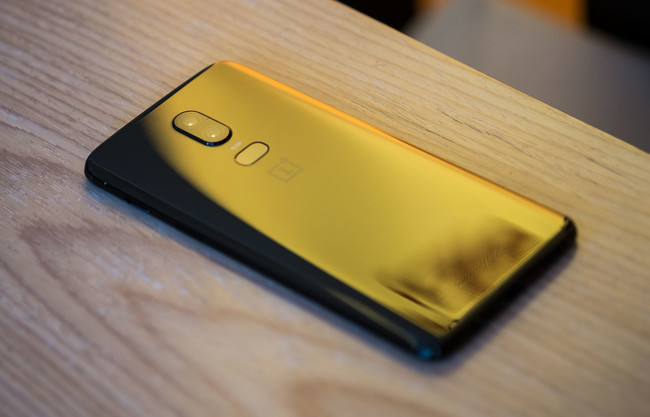 The OnePlus 6 it takes only a few days between us, and therefore the memory of the presentation is still in the memory of many editors of technology, and not only a few users. The manufacturer of chinese origin, unveiled during this presentation, that OnePlus gave a step forward in terms of construction, in terms of materials. The OnePlus 6 became the first mobile with rear glass catalog of the company.

The disappointment came, however, when they spoke of the goodness of your battery. Will I speak of the autonomy, load times grace to Dash-Charge and other benefits of the internal battery, but not mentioned in any moment that had wireless charging, one of the few logical reasons for those build a mobile of glass. Now, challenged by this lack, OnePlus has replied.

“we don’t feel the need” to place it

This is not the first time that OnePlus responds to this question, but it is the first in which the feature should be, by construction, have arrived in the interior of your new phone and has not done anything. The manufacturer already commented on the little interest of the company in the wireless charging when it highlighted the benefits of Dash Charge on the OnePlus 5T, but that mobile was metal. The OnePlus 6 is made of glass.

On the flight forward of the manufacturers mobile phones in regard to materials of construction, there have been few alternatives to the plastic until some years ago it was hegemonic.

At present dominated by the metal but we also see mobile ceramic, and each time more glass, as some of Xiaomi or, for example, the recent OnePlus 6. Although there is much more to what to look at if we talk about glass bodies.

wireless charging or magnetic induction does not work on mobile phones with a metal body. The explanation is as simple as that the metal bodies generate a Faraday cage, weakening or making it impossible for electromagnetic waves to pass through the bodies. Hence, the antennas of the mobile metal is placed on the outside, and they can not have wireless charging.

A cell of the crystal suffers more than the rest before the fall. In the best of cases, a crack in the body. At worst, a mobile unusable coated glass shattered.

As it seems that the plastic or polycarbonate is a material that is little worthy to the phones more expensive in the market, manufacturers have been adapting their phones to the glass, for the ceramic is expensive and slow to manufacture. And for shows, you can ask Xiaomi about it, because it is only placed ceramic bodies to their special editions, and they do not have spins too extensive.

The problem with glass is that it makes the mobile more fragile, more generations of Gorilla Glass that you want to use in your construction. the First of the fall, the mobile plastic laugh, the metal might have some scratches or dents, but the glass explode. As simple as that, the bodies of glass will shatter with the fall and now not only is an aesthetic issue, sometimes they lose pieces and can even cause cuts during use.

the arrival of The glass bodies produced the problem of the broken pediments, moved also to the rest of the phone, which turned them into gadgets even more delicate and in need of a sleeve or of the whole of our attention. And if one builds a mobile of metal, but don’t put wireless charging, one of the few reasons why a mobile should be of glass, then justify the material becomes even more complicated.

The crystallization of OnePlus is not brought about by the charging by contact, and that is an error

Commented OnePlus during the presentation of the OnePlus 6 the body of glass made the phone receive wireless signal with more power and clarity. Something that, as mentioned before, also be achieved by putting the antennas outside the body. But the crystallization of OnePlus is not brought about by the charging by contact, and that is a mistake. In OnePlus and also on the manufacturers that do the same thing.

So in OnePlus not felt the need to place wireless charging to your phone, but it seems that yes they felt the need to make it more delicate. Of “force”, always quoted, its users to find a cover for not having to send the phone to the shop when you suffered a fall. Something that would not happen with a phone of plastic, but the plastic is not premium. Or so we’re told by the manufacturers.

Via | Android Authority
Xataka Móvil | ¿What it is and how it works the wireless charging on mobile phones?

–
The news OnePlus 6 and the load is not wireless, or the absurdity of making a mobile of glass and desaprovecharlo was originally published in Xataka Android by Samuel Fernandez .