In the eighth chapter of the twelfth season of ‘South Park’, titled ‘The China Probrem’, Trey Parker and Matt Stone ironizaron with the savagery inherent to their animated series on how Steven Spielberg and George Lucas infringed on by the full figure of Indiana Jones with ‘The kingdom of the crystal skull’, showing how director and producer violated repeatedly the iconic archaeologist.

This is a reference to an episode aired originally done almost ten years comes as ring to the finger when looking for an analogy that illustrates what Steven S. DeKnight and, above all, its large team of writers, have been made with the fantastic love letter to the subgenus kaiju-eiga Guillermo del Toro premiered in 2013 in this disastrous sequel released under the title of ‘Pacific Rim: Insurrection’.

The architects of ‘Insurrection’ had it easy, very easy, to give you a successful continuation, although not to surpass the ‘Pacific Rim’ original —something very complicated—, knew how to appease the legions that adore in your day. With a simple excuse —for vague that was— to bring back the threat of Kaiju to the Ground, a dash of aura, a mystical-poetic, a minimum of consistency and all the spectacle that may be required to a production of over $ 150 million had been served.

But no; instead, DeKnight and company have decided to dispose of a large amount of the essence and content of the rich cosmos that is created by the Bull to give way to a full-length feature film, rather than as the second part, works as a coward partial reset with the aspiration of franchisee the characters who are loathsome, turns absurd plots and incomprehensible to you cuddle under the pages of a script unnecessarily complex and undermined by a few larger holes that have giant creatures, antagonists. 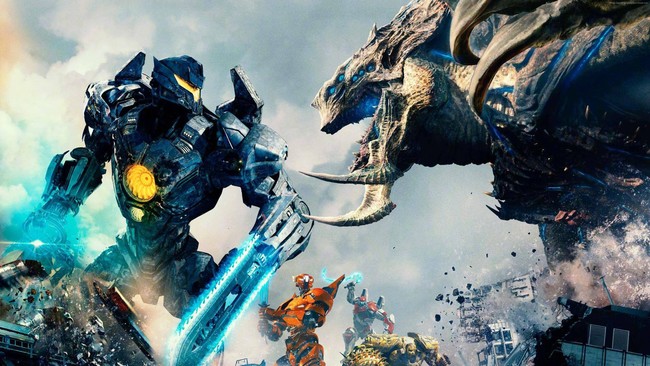 ‘Insurrection’ defenestra completely effective mythology of the first installment, desvirtuándola with a string of inconsistencies —both internal as pertaining to the material basis— which makes your viewing experience more frustrating. In this way, turn to say goodbye, without explanation, to almost everything that we know about the universe ‘Pacific Rim’ and digest to force all of the changes and licenses between gestures of disbelief and glances at the clock during your two endless first thirds.

luckily, once you overcome its soporific first act in which the excess of exposure invites you to the overfeeding, the film begins to reveal its bounty gradually, offering at once a action sequences to large-scale, let us not deceive ourselves, constitute the main claim of the film. It is then when the set back the flight, resulting in a weekend of partying with a climax as entertaining as the spectacular.

Unfortunately, once the tape is decided to boot up and provide a fun hobby and without complexes, it is already too late, not being even a John Boyega perfect in his role of action hero renegade enough to save her from the burning. At the moment, so we can only pray with devotion to some god primeval to Guillermo del Toro’s return to make a ‘Pacific Rim 2’ in terms which ignore completely all that ‘Insurrection’ has ruined.

Spectacular trailer of 'Pacific Rim: Insurrection': the sequel is about the tone of 'Transformers'

'Pacific Rim: Insurrection' it is more absurd and worse than the first, but never bored