It will begin on March 31
Bethesda has revealed the minimum and recommended requirements that will have the beta of Doom in your PC version, detallándonos what kind of team will need to play 720p 1080p .
the company wanted to highlight that the title is not currently compatible with NVIDIA GeForce GTX 750 Ti or portable GPUs, so we encourage . to return to check these requirements when published the final version of
to this beta can only access those who have purchased Wolfenstein: the New Order before 26 May 2014 (at least in its digital version). Here we can test two maps and two game modes multiplayer.
This will start the March 31 and end on April 3 . Now we leave you with the requirements 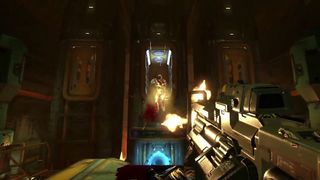 Download Best WordPress Themes Free Download
Download Premium WordPress Themes Free
Free Download WordPress Themes
Download Nulled WordPress Themes
udemy paid course free download
download micromax firmware
Free Download WordPress Themes
free online course
PC requirements unveiled the beta of Doom
Signal announces a new feature to blur faces, available for Android and iOS
The application of instant messaging encrypted Signal, whose popularity ha...
We tried ‘Hunter Assassin’, the game of killing killers, which exceeds 50 million downloads on Google Play
by The year 2019, he left us a good handful of titles have permeated de...
It is not abstract, but the nervous system of an insect
Although it may seem a canvas Jackson Pollock , one of the greatest...
Kirk Douglas, more than 100 years traveling the trails of the glory of Hollywood (and no Oscar)
Kirk Douglas always wanted to be an actor. Financed their studies with ...