Atlus presents us with the video presentation that will open up the new game with the characters of Persona 5.

Atlus us presents the sequence of introduction of Person 5 Scramble: The Phantom Strikers, the game will continue the events of the original title, betting on the action of the hand of the studio Omega Force, and that will come this year to the PlayStation 4 and Nintendo Switch.

The project is being treated cs a major release of the saga, conceived as a direct sequel role play Person 5, but changed completely genre and is developed by Omega Force of Koei Tecmo, developers of multiple musou, as Dynasty Warriors.

Each character has its own weapon and we will have the opportunity to flee from certain battles, as is the case with role-playing games. Also you can take advantage of the environment to the displacement, such as traffic lights and other decoration, to shoot and chase the enemies. In addition to the template known of Phantom Thieves there will be at least a new protagonist, in addition to different cities in Japan.

there Will be new characters, and also veterans

Between the new characters we meet Sophia, a girl from another world who will work with the Phantom Thieves. It is specialized in healing abilities and control a creature similar to the Person called Pithos. Another addition is that of Zenkichi Hasegawa, a police officer, and for the moment it is unknown if it is ally or not.

The enemies appear as symbols on the map, and the battle begins when we touch. it is Also possible to enter in combat if you shoot or first we attack with stealth -which gives us an initial advantage-. Sophia is a character for beginners and has attacks that are loaded or shots that paralyze the enemy. The rest is based on what seen in Person 5, for example, Panther uses a whip to fight.

For the PlayStation 4 and Nintendo Switch

Person 5 Scramble: The Phantom Strikers will be a game that will come to both PlayStation 4 and Nintendo Switch. It is a singular decision of Atlus, because Person 5 did not come to the platform of Nintendo (it’s available on PS3 and PS4). In addition, they are finalizing Person 5 Royal, the updated version with new content from the original title, and once more not be added to the catalog of the Switch and will throw (at least for now) only on PlayStation 4.

The music – Persona 5: Dancing in Starlight, for his part, was released on PlayStation 4 and PlayStation Vita, once more bypassing Nintendo’s console.

on the other hand, Joker, one of the most charismatic characters of Person 5, was the first fighter for additional Super Smash Bros. Ultimate Nintendo Switch. 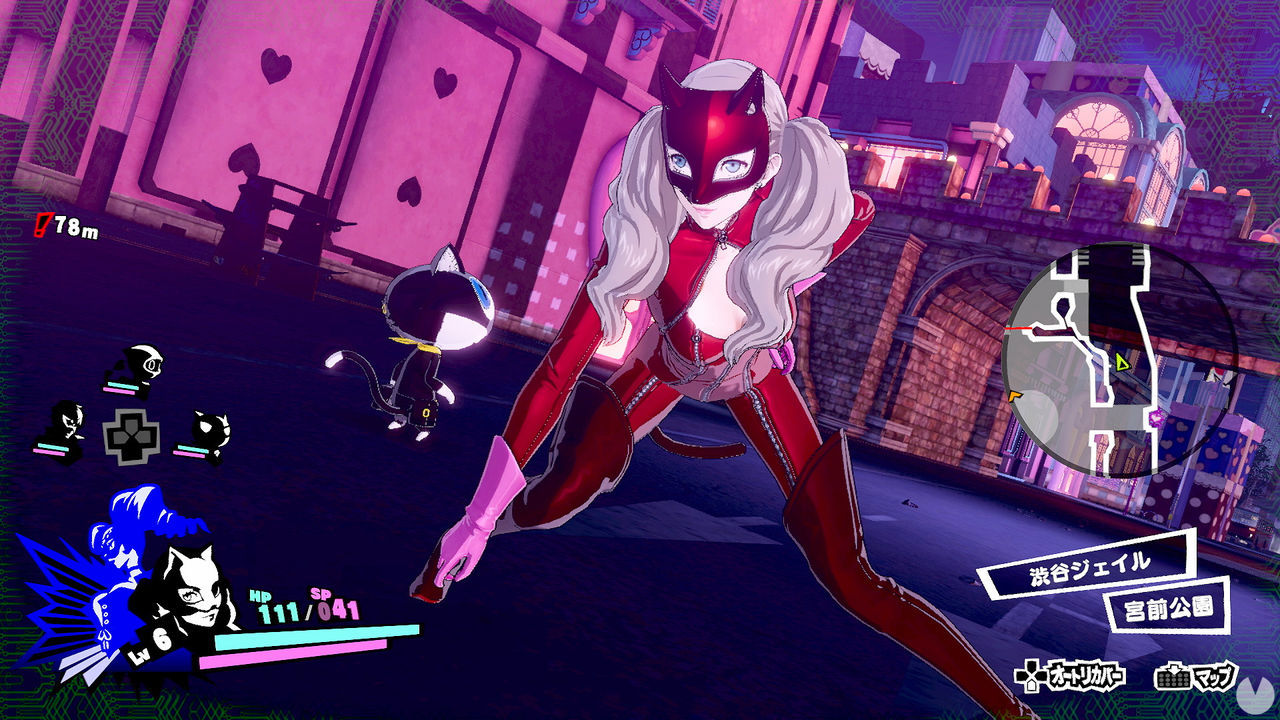