Pixel Slate: you filter images of the first tablet of Google based on Chrome OS 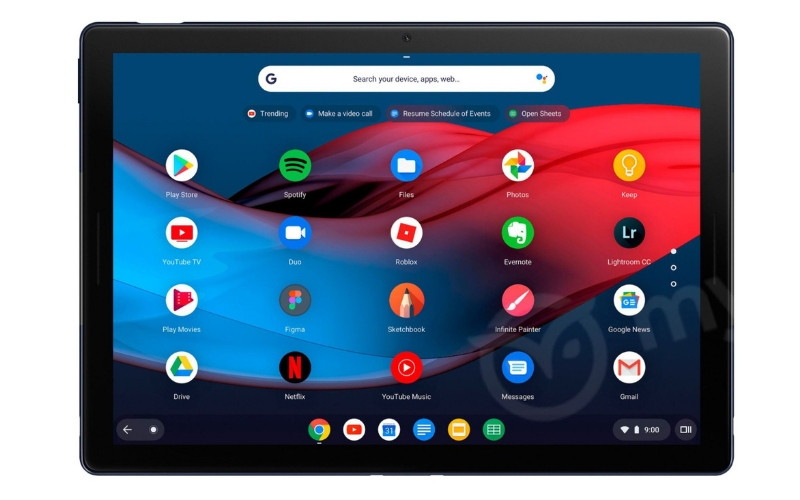 In two days we will end all the rumors and leaks. This Tuesday, October 9, Google will officially present its new generation of devices, including those that are expected to new Pixel 3, new Chromecast, Google Home Hub and a tablet.

Google has already three years without releasing a new tablet. His last tablet was Pixel C and according to the latest leaks his successor will be the new Pixel Slate, a new convertible tablet that changes Android by Chrome OS.

Google Pixel 3 and Pixel 3 XL: a summary of all the leaks before the presentation

From this unknown tablet device only have leaked the first images of the press. The technical specifications of the Pixel Slate are a mystery. The most important data of this new convertible tablet is that Google no longer relies on Android, tablet, and bet on Chrome OS.

According to the images of the Pixel Slate we’re looking at a tablet screen, that would be around 10 inches, with a screen aspect 3:2 with a screen resolution of 2400 x 1600 pixels. Would have a rear camera, another front,stereo speakers on the front and compatibility with stylus. According to references of the source code of Chromium OS this new convertible tablet would lead the processor to Intel Kaby Lake.

The Pixel Slate will put the sale alongside a cover keyboard keys circulars that will turn the tablet into a laptop. This keyboard has a dedicated key to the Wizard of Google. Surely the cover keyboard and the stylus will be sold separately.

–
The news Pixel Slate: are filtered images of the first tablet of Google based on Chrome OS was originally published in Xataka Android by Cosmos .

phoneia.com (October 7, 2018). Pixel Slate: you filter images of the first tablet of Google based on Chrome OS. Bogotá: E-Cultura Group. Recovered from https://phoneia.com/en/pixel-slate-you-filter-images-of-the-first-tablet-of-google-based-on-chrome-os/