Pokémon Sword and Shield: A mouse cursor angry fans in the latest trailer

players complain about the lack of care of GAME FREAK and The Pokémon Company, that in the last Pokemon Direct showed a blatant error.

Pokémon Sword and Shield: A mouse cursor angry fans in the latest trailer
players complain about the lack of care of GAME FREAK and The Pokémon Company, that in the last Pokemon Direct showe...

Pokémon Sword and Shield lead raising some dust-up about its quality or care in the development from months before departure for sale. Many users have complained about the lack of work or polishing of the GAME FREAK, as well as its decision to eliminate many of the Pokémon of the this software, something that has ended up corrected in an ambitious expansion that will add a lot of content the video game. In any case, fans have taken it perhaps too far in their criticism, bullying Junichi Masuda, producer of the title, social networking. The matter has been complicated further in the last few hours, when a group of users have noticed an error in the Pokémon Direct the other day: has become a strain a mouse cursor.

Pokémon Sword and Shield, and the mouse cursors

Pokémon Sword and Shield, already had problems with this bug in the final video of video games, once started, Nintendo Switch the title to their credit, showed a mouse cursor on one of its sequences. The error, which caused quite a stir, it was for many the example of the lack of care, and mime of GAME FREAK and The Pokémon Company with respect to the series in recent years. However, what should have been left as a simple story, has again repeated in the last Pokemon Direct: the mouse has become to make your own, (minute 15:22-15:24)

► How were the bingo calls first inspired? Source: pixabay.com One of the first thi...
► Bungie reviews and offers Destiny 2 with a new trailer The sequel arrives on the 6th of September t...
► Gmail transformed into an organized board work Create tasks and organize them by the m...

As explained from media such as GameRant, the vast majority of players are not worried about an arrow of a mouse in just a few seconds of trailer, but considering the background of the study and the problems and criticisms received about, what is certain is that many will expect and demand a level of quality and commitment on the part of The Pokemon Company and GAME FREAK. Now it only remains to know if this is a fault of the presentation of the own game or if this is a new error in one of the videos or elements of the title. In any case, given the uproar, it is quite likely that it is corrected before the launch and that has been a small oversight. That is recurrent or not, will depend on the study responsible for the saga who is still selling a huge amount of software around the world.

Pokémon Sword and Shield, are available on Nintendo Switch. In Vandal we have the most complete guide and special coverage in which you are all the details of the last Direct. 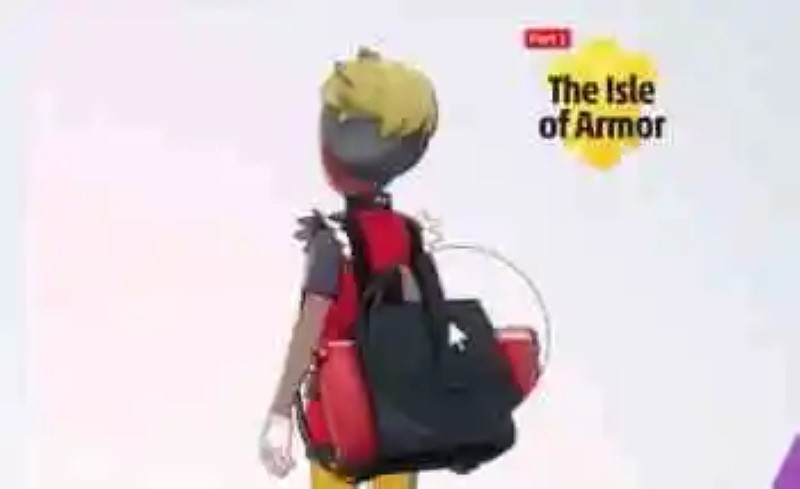 An analyst believes that the PlayStation 5 will have a price below $ 500
And it would launch by the end of 2020.The change of generation is approac...
Action Launcher 3.2 for Android: Quickpage, scaling icons, backup and more
The familiar launcher alternative applications Action Launcher, which ...
Surviving Mars for free in the Epic Games Store, coming soon Alan Wake”s American Nightmare
Also give away the next week for a limited time Observer in its store of d...
Rumor: Destiny 3 will be centered on the player ‘hardcore’ and will arrive in 2020
The video game would come out on PlayStation 5 and Xbox Scarlett, being on...
Bibliography ►
Phoneia.com (January 13, 2020). Pokémon Sword and Shield: A mouse cursor angry fans in the latest trailer. Recovered from https://phoneia.com/en/pokemon-sword-and-shield-a-mouse-cursor-angry-fans-in-the-latest-trailer/

This article was published by Phoneia, originally published in English and titled "Pokémon Sword and Shield: A mouse cursor angry fans in the latest trailer", along with 18988 other articles. It is an honor for me to have you visit me and read my other writings.
◄ The application Google unveils ‘Labs’: your new section to test its upcoming functions
Oscar: ‘Joker’ is the adaptation of comic books most nominated of the history, and the first DC candidate to the best film of the year ►