This fact, which does not include sales in digital distribution, makes it the best debut for a Nintendo game Switch in the country, surpassing Super Smash Bros. Ultimate.

Pokémon Sword and Shield exceeds three days, 1.36 million sales in Japan
This fact, which does not include sales in digital distribution, makes it the best debut for a Nintendo game Switch ...

Pokémon Sword and Shield, the latest adventure of the well-known saga of Game Freak for Nintendo, debut with 1.364.544 million copies sold in its first three days on sale in Japan, according to the magazine Famitsu. This number includes physical drives, download cards, and the Double Pack with the two games, but not sales on digital distribution. With these data, it becomes the best premiere of a Nintendo game Switch in Japan, beating the 1.23 million Super Smash Bros. Ultimate, and more than doubling the sales of Pokemon: Let’s Go achieved in the past year.

The release has boosted sales of the console during the last week, that from the 11th to the 17th of November has sold 180.136 units between the standard and Lite. It is a figure similar to what we achieved in the dates of the release of Pokemon: Let’s Go, Piakchu! and Pokemon: Let’s Go, Eevee!, even if is 100,000 less than the output of Super Smash Bros. Ultimate.

► Guest stars (369): Barney Stinson, the inspiration of ‘Game of Thrones’, Kristen Stewart and more In Go Tele! we could not let a new Wednesda...
► WhatsApp for Android adds new emojis If this morning we saw as from next we...
► Tried iA Writer for Android, the star of text editors in iOS iA Writer for Android is here, even as ...

The analyst Daniel Ahmad has opined about the results and explains that the sales are a little lower than Pokemon Sun / Moon of the Nintendo 3DS. One of the reasons is that the base of the Switch is lower than 3DS, but also that digital sales are increasing, and the data from Famitsu are not full. It also cites the mixed reviews it has received Pokémon Sword and Shield, by the graphic section of your world, the lack of many Pokémon in the Pokédex, items removed or recycling of modeled.

Reasons why this didn’t beat Sun/Moon.

Pokémon Sword and Shield is already on sale and in analysis I discussed that despite some of the problems that seems to have suffered in its development “continues to be a very fun game, entertaining and addictive game with which we have had a great time”. If you want to know all the secrets and become the best coaches of all Galar we recommend our guide with the developments special forms Dinamax and Gigamax, and much more. 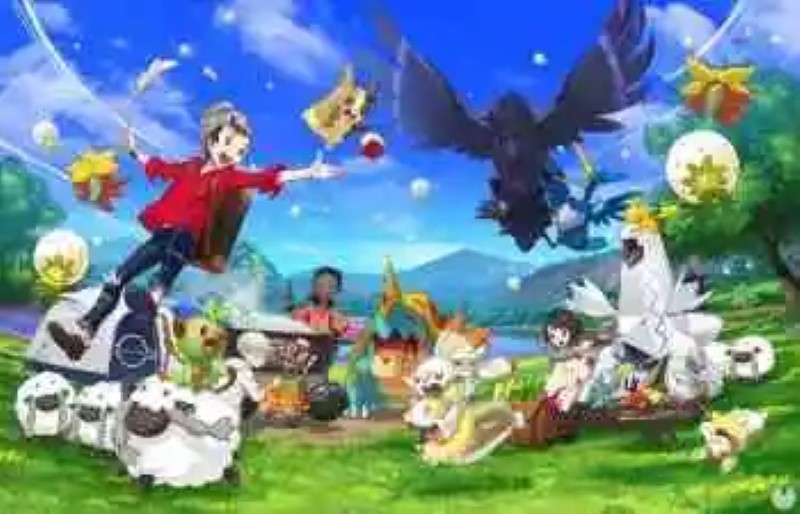 Capcom shows more creatures of Monster Hunter Stories
The RPG will be released on Nintendo 3DS. Capcom continues to show the c...
Schalldämpfer, Verbergen von Informationen und Spoiler auf Twitter und Facebook gepostet
Bei so vielen Serien für Online-Anzeige und ist daher leicht zu visuali...
10 of The Rarest Animals On Earth – What You Need to Know
These amazing creatures may not be able to fly or swim like other ani...
Kingdom Hearts III receives a new free update prior to the release of Re Mind
it Includes, among other things, two new Keys, a Sword, new transformation...
Bibliography ►
Phoneia.com (November 20, 2019). Pokémon Sword and Shield exceeds three days, 1.36 million sales in Japan. Recovered from https://phoneia.com/en/pokemon-sword-and-shield-exceeds-three-days-1-36-million-sales-in-japan/

This article was published by Phoneia, originally published in English and titled "Pokémon Sword and Shield exceeds three days, 1.36 million sales in Japan", along with 18988 other articles. It is an honor for me to have you visit me and read my other writings.
◄ So you can integrate Google Lens in Google Chrome to find information on any image
Amazon Music expands its free access to compete with Spotify and Apple Music ►