Problems with the Samsung Galaxy Note 8: some users report that the battery stops charging if it is completely empty 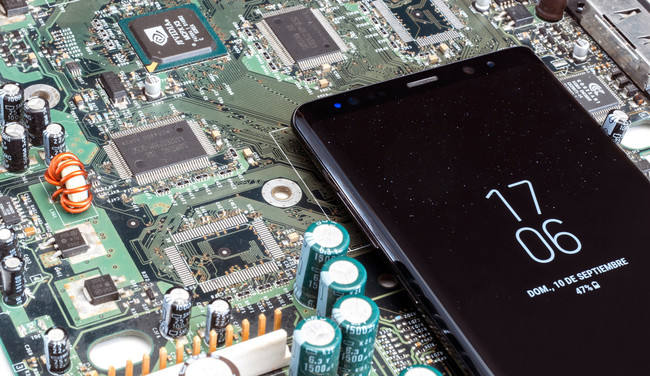 The Samsung Galaxy Note 8 is one of the great flagships of the year 2017. In fact, it has been chosen by our team and by the community as the best smartphone of the year. This does not prevent to have their problems. Beyond the failures inherent to the terminal, some users in the US are reporting problems with the battery of your Note 8.

Different users with Note 8 belonging to carriers such as Sprint, T-Mobile or Verizon have detected that your device stops charging if the battery is completely empty and reaches zero. Regardless of the cable used or the charger, if the device is completely discharged it is in a loop and does not allow you to fill the battery again.

The bug has been reported in various forums, both the support of the own Samsung as in other, non-official, and has been extended through a Youtube video where a user of the Note 8 recorded the problem. Then the author of the video has been updated, commenting that it was a model reconditioned, but many users have answered in the same video they also have detected the problem.

batteries of Samsung are always in the crosshairs of many users to the root of the turmoil caused with the Note 7 and the battery size. Users affected have already contacted the service center of Samsung and have gotten a replacement due to the malfunction of the battery. Some of them yes have you been offered new devices, but other users have also reported that their Note 8 replacement was reconditioned and suffered from the same problem. 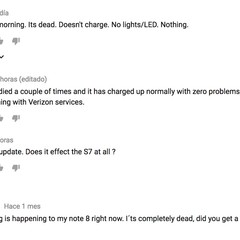 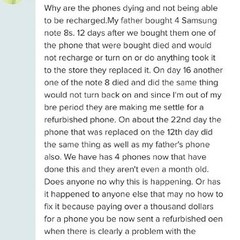 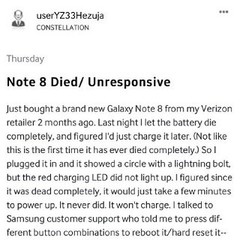 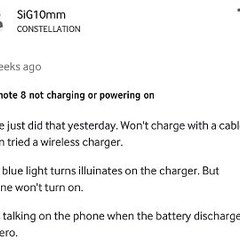 at the moment it is a single point of failure with the drives of some users of the Note 8 with the Snapdragon processor 835. We have verified if in our models of the Note 8 was a similar bug and we have not detected any problem in spite of empty battery to the full. We will watch how they evolve these claims, if they have been just units spot, if it is a software error correctable by update or are we facing a hardware problem more important.

Regardless of this problem, we recommend that all users have the device that you have not discharged your battery to the maximum. For to save battery there is a whole series of tips and for example while nothing happens if we charge all the nights, it is not recommended to drain completely to reload it.

Via | Reddit
Xataka Android | Samsung Galaxy Note 8, review with video: series Note back with force, and more expensive than ever

–
The news Problems with the Samsung Galaxy Note 8: some users report that the battery stops charging if it is completely empty was originally published in Xataka Android by Enrique Perez .