The battle royale, in its format for smartphones and tablets, it is a success to rival and surpass that of its most direct rival, Fortnite.

king of the hill has a name and is PUBG Mobile. PUBG Mobile, the first battle royale cell that exceeds 1000 billion dollars the last September thanks to the asian market, has broken another record. According to the firm analysis of market statistics and Sensor Tower, the title has been entered more than 1300 billion dollars in 2019, a fact that leads him to beat all previous records for a video game of these features. For Tencent, the company that owns the video game and the license, it is your asset or license more important in many markets.

The edition for mobile phones, supported by Tencent, arrived in February of 2018 and since then has been growing more and more. Last may, has announced that more than 100 million active players, figures of a heart attack, and today it has been confirmed that 88% of his total income have been obtained in 2019, demonstrating the good health of the game in relation to your business model free to play and based on purchasing in-app and season passes for reduced-price meals. Today, both App Store as in Google Play Store, the game has exceeded 1500 million dollars in total revenue.

As we said, the main market for the game is China, a place in which the game has added more than 614 million dollars, the 40% of the total, something that is quite impressive if we have the controversy that plagued the title in this territory. last may, Tencent was forced to withdraw the game from digital stores due to its high violent content, an aspect that due to the censorship from the communist party, prevented to monetize on it. The conglomerate asia was not long in returning it to life with the title Game for Peace, the same battle royale but censored and with elements of military propaganda pro-China. Thanks to that change, the game was revived with rare power.

The ease of download and concept free-to-play, as well as its low technical requirements, have helped this tremendous success

united States is another great market, a territory that has thickened more than 293 million dollars, followed by Japan with 117 million. Despite the fact that it is the video game most downloaded in India, the volume of purchases does not finish match to the other territories, perhaps because of the quality of life and purchasing power. Perhaps the greatest factor regarding the success of the video game is their ease of play on mobile or PC, low-end, an aspect that helps it to be much more accepted and extended than its older brother, PUBG, which requires more computer on PC or consoles such as PS4 and Xbox One, something that requires a tv or monitor and a disbursement ledger. 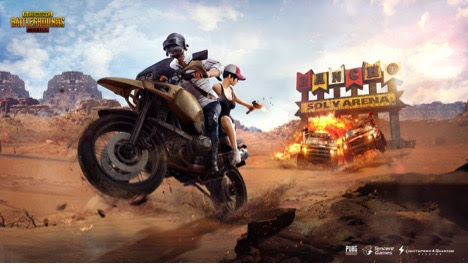