While the company denies that have occurred within the company, Game Workers Unite accuses the French study.

Quantic Dream’s under investigation for alleged cases of sexual assault and abuse
While the company denies that have occurred within the company, Game Workers Unite accuses the French study.Game Wor...

Game Workers Unite has announced in collaboration with French union Solidaires Informatique, the opening of a session of investigation in relation to the alleged cases of sexual assault and abuse committed in the bosom of the French study Quantic Dream. The organization, which seeks to defend the rights of the workers in the video game industry, has asked for the cooperation of witnesses and affected to file a legal cause. For their part, the makers of games such as Detroit: Become Human, have denied the facts.

The study comes back to be the subject of the controversy

“These crimes are extremely serious and are punishable by law, however, seem to be repeated with impunity for several years due to a strong omerta, this must end,” said GWU. The union has asked for the cooperation of employees and ex-workers in the case of having suffered any abusive behavior in the sexual realm, opening up a correct official contact and guaranteed confidentiality and legal advice in the event that it is necessary.

► James Gunn tab by DC: will write the sequel to ‘Suicide Squad’, and possibly direct it Was only a matter of time, and has a...
► PS Vita will receive My Singing Monsters Mobile game adaptation. PlayStation Vita ge...
► Griffin Travel Power Bank, a battery to charge the Apple Watch at any place The battery backup Travel Power Bank for App...

This new research occurs more than a year after it launched similar accusations against the study. At the time, many workers and media such as Le Monde pointed out to Quantic Dream and own David Cage and Guillaume Fondaumiére, founder and general director of the company, to be partakers of jokes and behaviors that are racist, homophobic and toxic, many of them against women, and workers of the company. After several crossings of accusations, the team reported to all media and defended in a legal way.

Quantic Dream defends itself from accusations

“Quantic Dream has suffered a campaign of defamation by some means of communication, based on slander from questionable sources,” explained the company in its day. However, one of the workers who confided in the aforementioned newspaper, to communicate your case, won last July a case opened against them. Now, after this new research, the team has wanted to communicate through Twitter their position.

“Quantic Dream is a studio where everyone can express themselves freely. Our diverse team reflects our values of freedom, inclusion and diversity,” explained the press releases. “We are committed to creating a safe work environment and creative, as well as an environment open and respectful. The entire team is, as always, united in this mission. We take very seriously the harassment. we are Not aware of this type of cases in our company and we encourage victims to communicate immediately with the relevant authorities“. 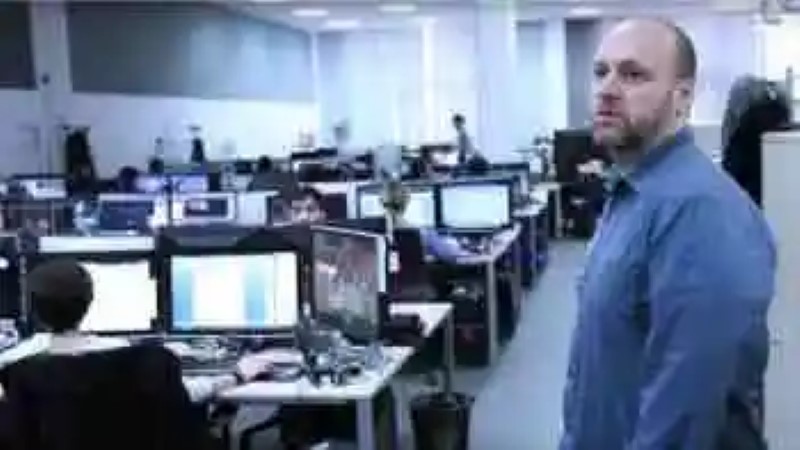 We reveal an exclusive letter to the new expansion of Magic: The Gathering
Magic: The Gathering Arena will receive the next day, September 26, the ex...
6 channels of YouTube for curious people
to get hooked for hours on YouTube. not everything would be food ...
Facebook launches Messenger user name, links and codes to add contacts
Facebook Messenger opens new ways to share our contact and add new f...
Focal Download the new CyanogenMod camera app in your Android
...
Bibliography ►
Phoneia.com (May 8, 2019). Quantic Dream’s under investigation for alleged cases of sexual assault and abuse. Recovered from https://phoneia.com/en/quantic-dreams-under-investigation-for-alleged-cases-of-sexual-assault-and-abuse/

This article was published by Phoneia, originally published in English and titled "Quantic Dream’s under investigation for alleged cases of sexual assault and abuse", along with 18989 other articles. It is an honor for me to have you visit me and read my other writings.
◄ ‘The incredible weekend the waning moon’: a drama kind with time travel and not too much wit
Now available the demo of Everybody’s Golf VR ►