Realme, the second brand of OPPO born in 2018 but gestated in 2010
little by Little begin to become accustomed to that manufacturers of mobile phones have multiple marks coexisti...

little by Little begin to become accustomed to that manufacturers of mobile phones have multiple marks coexisting in your catalog, and are increasingly those who practice this system. The very Little with which we began this article (excuse the bad joke) living with Xiaomi, Black Shark, and Redmi, and there are many more examples. As Huawei and Honor, as I Live and IQOO, such as ZTE and Nubia.

Or as Realme and OPPO, because here we are facing the mark’s daughter and mark’s mother laid down in a strategy of online sales and physical sales to fight initially to Xiaomi, and each time it has more entity. Realme was born originally to India, but you may soon look across their boundaries and becoming a container of international models in their own right. Of India and China, the rest of the world.

OPPO Real Realme, and the Realme 3 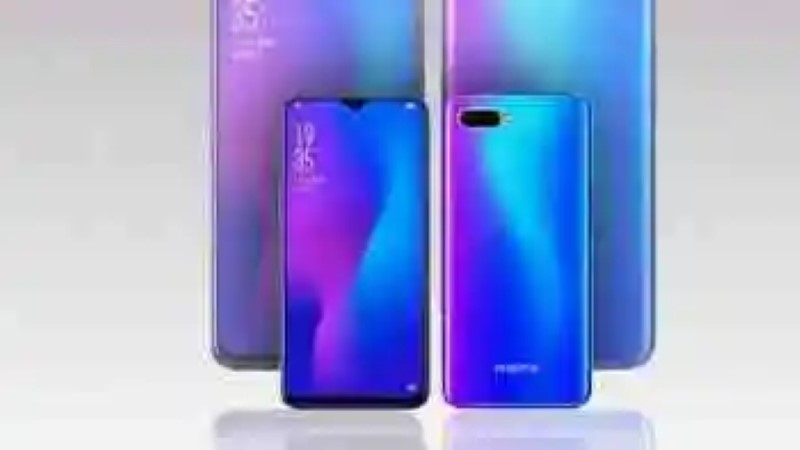 we Can go back to years ago to find the germ of what much later would be the line Realme of OPPO. For instance, up to the year 2010, when OPPO launched its line OPPO Real, planting the seed that would end up with a line that is completely independent eight years later. As it would be in 2018 when Realme, with your Realme 1, give the step to distance itself from the core brand.

it Was in July, 2018, almost the last day of the month, when Sky Li, who was then vice president of OPPO and responsible for the international business of the company, announced that Realme became a brand in itself. At that time he was establishing himself as new CEO of the line and all the machinery of development marked the start of official way, although the process was already running time.

Despite becoming independent in 2018, the second mark Realme began to take shape on OPPO in 2010

In fact, the Realme 1 had been launched the previous month, in may, for the indian market. A phone that could be bought only online and sought to compete against Xiaomi not only in specifications, but also at the level of prices. Little time was spent in the Realme 1 under the umbrella of the OPPO, then little more than thirty days after because it was the only model of the new brand of the chinese manufacturer.

After the Realme 1, Realme has already carried out several releases. As the Realme 2, 2 Pro and 3 in the main line, or as the Realme C1 and U1 at the start of your parcelización internal. the Up to three lines currently maintains Realme in march, all of them dependent of their main brand and, in principle, also of OPPO, since the two companies have not given even the step forward to cutting oneself off completely from one another.

So, today we can consider Realme both the daughter and the sister of OPPO. The same case that we live with Redmi and Xiaomi, as we cited above. Perhaps the future throws at them separate ways, but for now their ties are more than narrow. Realme is, therefore, OPPO. And OPPO is Realme. Two brands in a to make even more wide the network of BBK Electronics, which already has up to six brands under its umbrella. the OPPO, Realme, Live, IQOO, IMOO and OnePlus.

Oppo K1: readers of fingerprints under the screen are expanded by the mid-range

–
the.news Realme, the second brand of OPPO born in 2018 but gestated in 2010 originally.published.in by Samuel Fernandez.

Megaton Rainfall arrives on PlayStation 4 and PS VR 26 September
Defending the Earth from an alien invasion with your powers.Alfonso del Ce...
So you want to create your own brand of Android phones …
It was never so easy to sell phones with your brand. A chain link and...
Messages Android begins to receive its new interface Google’s Material dark theme included
After the redesign of the applications of Teléfono and of Contactos now i...
Motorola begins to roll out the update to Android 10 for the Motorola One Vision, first in Brazil
In the course of 2019, the family Motorola One has welcomed several mod...
Bibliography ►
Phoneia.com (March 10, 2019). Realme, the second brand of OPPO born in 2018 but gestated in 2010. Recovered from https://phoneia.com/en/realme-the-second-brand-of-oppo-born-in-2018-but-gestated-in-2010/

This article was published by Phoneia, originally published in English and titled "Realme, the second brand of OPPO born in 2018 but gestated in 2010", along with 18989 other articles. It is an honor for me to have you visit me and read my other writings.
◄ ‘The night is devouring the world’: a parable to post-apocalyptic at times brilliant, but something buried
Analyzed the technical performance of Sekiro: Shadows Die Twice in PS4 Pro ►