it is not Yet confirmed, but we hope to have an appointment with Sony in the next Mobile World Congress in Barcelona. The japanese tend not to miss your appointment with the City of Barcelona, and given its schedule of presentations until now, it is logical that there will see the presentation of the future Sony Xperia XZ4, as you’ll see, if accompanied by other siblings or not.

The phone just to be news, actually, because it have been leaked a few renders of the device. Renders that, without being confirmed their authenticity, but of filters reliable, reflecting some of the data on the phone of the japanese. The Sony Xperia XZ4 look a tad touched up with respect to past generations but, and this is important, will continue fleeing from the ‘notch’.

6.5-inch, reader side and no headset jack 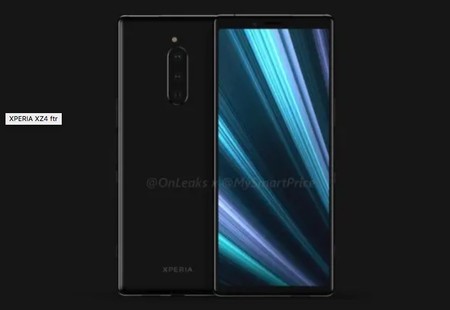 According to the renders leaked, the future Sony Xperia XZ4 can land in the market with a screen of nothing more and nothing less than 6.5 inches, a screen that would stretch out the diagonal everything possible without incurring cuts. is Not we would have a notch, or drop of water, or perforated panels. Yes a small top frame, seemingly identical to the bottom, to encapsulate the entire screen. By the way, no headset jack.

In the fingerprint reader, would be embedded in the power button, and it is located in the side of the phone. According to the render, the XZ4 would return to the path initiated by the Xperia XZ1, after that the later models apostasen by a fingerprint reader rear, located under the cameras of the phone. Cameras, by the way, that is multiplied in the XZ4 until you get to three. Sony would be in addition to, therefore, the trend initiated by Huawei and was followed by others, increasingly. 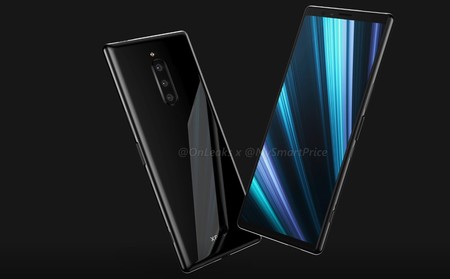 Nothing is known about this trio of cameras on the back, except that the sensors are placed vertically and centered, and the flash LED, we assume that dual, is above them, not below. As we mentioned, the fingerprint reader disappears from the back of the phone to travel, supposedly, to the side.

as to the dimensions, have also been leaked, and, although new, are not confirmed, we give a high degree of reliability to your manager. the Talk about a phone of 166.9 x 72.4 x 8.2 mm with a weight unknown. As we see, a great device that it will not take in more data. While these arrive, we will comply with these renders to go by opening mouth.

Sony updates their Creator 3D on the Xperia XZ Premium, XZ1 and XZ1 Compact: now you can take selfies 3D and of more quality

Sony Xperia XA2 Plus: the mid-range of the japanese manufacturer makes the leap to the screens 18:9

modular Platforms: the concealed key that drives the technological advancement of cars

–
The news Renders leaked of the Sony Xperia XZ4 shed some light on its future specifications was originally published in Xataka Android by Samuel Fernandez .